Doctors Reject Claim That U.S. ‘No Longer Has a Prescription Opioid Driven Epidemic’

In a letter to the AMA, a group of 17 doctors, researchers and patient advocates said the AMA was wrong to fight the CDC’s effort to address the over-prescribing of opioids and condemned the association’s call to remove “restrictions on controlled substances.” 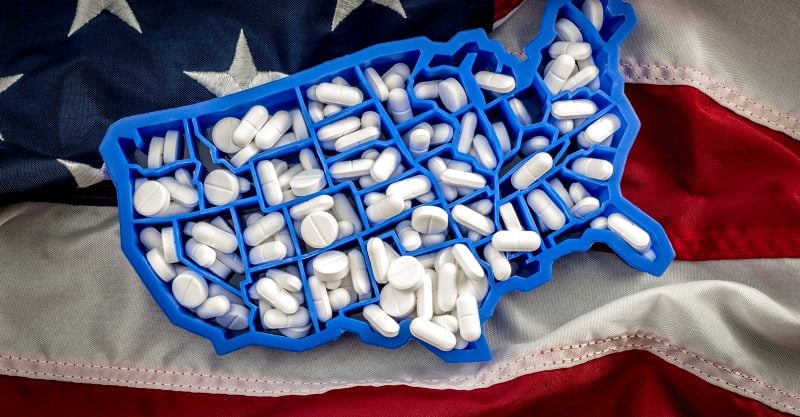 A group of U.S. doctors that advocates for more cautious opioid prescribing has rebutted the claim from the American Medical Association (AMA) that the country “no longer has a prescription opioid driven epidemic” and condemned its call to remove “restrictions on controlled substances.”

Physicians for Responsible Opioid Prescribing (PROP), a group of 17 doctors, researchers and patient advocates, wrote to Susan Bailey, president of the AMA, on 16 February expressing disappointment that the association seemed to “fight key elements of the U.S. Centers for Disease Control and Prevention’s [CDC’s] effort to address the scourge of overprescribing of opioids.”

The group referred to comments made by the AMA in a letter to Deborah Dowell, chief medical officer of the National Center for Injury Prevention and Control. In the letter, James Madara, chief executive of the AMA, told Dowell that “the nation no longer has a prescription opioid driven epidemic … we can no longer afford to view increasing drug-related mortality through a prescription opioid myopic lens.”

He added that the U.S.’s opioid epidemic “has never been just about prescription opioids” and encouraged the CDC to “take a broader view of how to help ensure patients have access to evidence based comprehensive care that includes multidisciplinary, multimodal pain care options as well as efforts to remove the stigma that patients with pain experience on a regular basis.”

PROP said that denying the existence of a prescription opioid driven epidemic in the U.S. sent a “strong message that opioid prescribing for pain is no longer problematic, and that the CDC’s recommended guardrails are no longer needed.” PROP also disapproved of the AMA’s call for states to remove “arbitrary dose, quantity and refill restrictions on controlled substances” to allow patients to obtain the medications they needed.

The group argued that there was “compelling evidence that many of those currently struggling with opioid dependence and addiction were introduced to opioids through use of medically prescribed opioids used to treat chronic pain.” It also contested that the dose and duration restrictions were not arbitrary, but “based on considerable evidence of when harm far exceeds benefit. They only become ‘arbitrary’ when applied too rigidly, or if they are used as license to abruptly cut prescribing to individuals that have become dependent on opioids for stability.”

PROP’s letter acknowledged that, although there have been cases in which the CDC’s recommendations have been “misapplied as strict limits, this does not lessen the need for evidence based opioid prescribing guidance on dose and duration.” Instead misapplications should be tackled specifically, it said.

Not acknowledging or communicating the distinction is “a repeat of the pharmaceutical industry’s playbook that led to an epidemic of opioid use disorder,” PROP said.

“Originally published by The BMJ February 17, 2021, written by Elisabeth Mahase, reproduced here under the terms of the CC BY NC licence.”