Tucker Carlson Interviews Dr. Peter McCullough: Where Is the Conversation About COVID Treatments?

Dr. Peter McCullough, author of the American Journal of Medicine’s most downloaded paper on COVID treatments, estimated 85% of COVID deaths could have been prevented if health officials, politicians and physicians had focused less on vaccines and more on early preventive therapies. 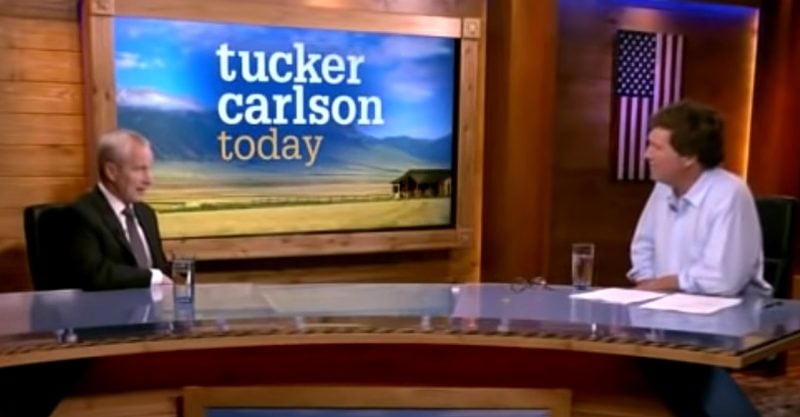 In the segment below on “Tucker Carlson Tonight,” Fox News commentator Tucker Carlson asks, “Where is the conversation about the treatment of COVID-19?”

Carlson interviewed Dr. Peter McCullough, consultant, cardiologist and vice chief of medicine at Baylor University Medical Center in Dallas, Texas. McCullough is known for being one of the top five most-published medical researchers in the U.S.

McCullough, who has treated many COVID patients, told Carlson there’s “been a global oblivion” to the idea of treating patients with COVID-19. There are effective outpatient treatments, said McCullough, including monoclonal antibodies such as Regeneron and intracellular anti-infectives including hydroxychloroquine.

“What frustrated me, was in the media cycle, all we heard about was reducing spread, and then later on vaccination. We never actually heard about treating sick patients.”

Had there been more of a focus on treating sick patients, said McCullough, early treatment could have prevented up to 85% of COVID deaths. Instead, he said, there’s an “incredible suppression of early treatment in the medical literature” for COVID.

McCullough highlights the “Surgisphere scandal” in which The Lancet published a fake paper by a sketchy U.S. company called Surgisphere that falsely implied hydroxychloroquine could harm people hospitalized with COVID.

The Lancet issued a retraction, saying only that it couldn’t verify the data, but it didn’t apologize or explain how the paper was published, or the influence it may have had globally on the early treatment of COVID, McCullough said.