At least seven doctors or executives who ran discredited healthcare enterprises, from nursing homes to pain clinics, got “Get Out of Jail Free” cards before Trump left office. 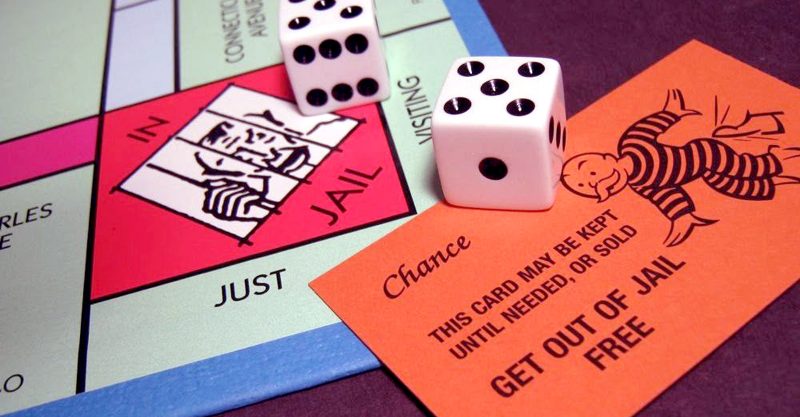 The list of some 200 Trump pardons or commutations, most issued as he vacated the White House this week, included at least seven doctors or healthcare entrepreneurs who ran discredited healthcare enterprises, from nursing homes to pain clinics. One is a former doctor and California hospital owner embroiled in a massive workers’ compensation kickback scheme that prosecutors alleged prompted more than 14,000 dubious spinal surgeries. Another was in prison after prosecutors accused him of ripping off more than $1 billion from Medicare and Medicaid through nursing homes and other senior care facilities, among the largest frauds in U.S. history.

“All of us are shaking our heads with these insurance fraud criminals just walking free,” said Matthew Smith, executive director of the Coalition Against Insurance Fraud. The White House argued all deserved a second chance. One man was said to have devoted himself to prayer, while another planned to resume charity work or other community service. Others won clemency at the request of prominent Republican ex-attorneys general or others who argued their crimes were victimless or said critical errors by prosecutors had led to improper convictions.

Trump commuted the sentence of former nursing home magnate Philip Esformes in late December. He was serving a 20-year sentence for bilking $1 billion from Medicare and Medicaid. An FBI agent called him “a man driven by almost unbounded greed.” Prosecutors said that Esformes used proceeds from his crimes to make a series of “extravagant purchases, including luxury automobiles and a $360,000 watch.”

Esformes also bribed the basketball coach at the University of Pennsylvania “in exchange for his assistance in gaining admission for his son into the university,” according to prosecutors.

Fraud investigators had cheered the conviction. In 2019, the National healthcare Anti-Fraud Association gave its annual award to the team responsible for making the case. Saccoccio said that such cases are complex and that investigators sometimes spend years and put their “heart and soul” into them. “They get a conviction and then they see this happen. It has to be somewhat demoralizing.”

Tim McCormack, a Maine lawyer who represented a whistleblower in a 2007 kickback case involving Esformes, said these cases “are not just about stealing money.”

“This is about betraying their duty to their patients. This is about using their vulnerable, sick and trusting patients as an ATM to line their already rich pockets,” he said. He added: “These pardons send the message that if you are rich and connected and powerful enough, then you are above the law.”

“While in prison, Mr. Esformes, who is 52, has been devoted to prayer and repentance and is in declining health,” the White House pardon statement said.

The White House said the action was backed by former Attorneys General Edwin Meese and Michael Mukasey, while Ken Starr, one of Trump’s lawyers in his first impeachment trial, filed briefs in support of his appeal claiming prosecutorial misconduct related to violating attorney-client privilege.

Trump also commuted the sentence of Salomon Melgen, a Florida eye doctor who had served four years in federal prison for fraud. That case also ensnared U.S. Sen. Robert Menendez (D-N.J.), who was acquitted in the case and helped seek the action for his friend, according to the White House.

Prosecutors had accused Melgen of endangering patients with needless injections to treat macular degeneration and other unnecessary medical care, describing his actions as “truly horrific” and “barbaric and inhumane,” according to a court filing.

Melgen “not only defrauded the Medicare program of tens of millions of dollars, but he abused his patients — who were elderly, infirm, and often disabled — in the process,” prosecutors wrote.

These treatments “involved sticking needles in their eyes, burning their retinas with a laser, and injecting dyes into their bloodstream.”

Prosecutors said the scheme raked in “a staggering amount of money.” Between 2008 and 2013, Medicare paid the solo practitioner about $100 million. He took in an additional $10 million from Medicaid, the government healthcare program for low-income people, $62 million from private insurance, and approximately $3 million in patients’ payments, prosecutors said.

In commuting Melgen’s sentence, Trump cited support from Menendez and U.S. Rep. Mario Diaz-Balart (R-Fla.). “Numerous patients and friends testify to his generosity in treating all patients, especially those unable to pay or unable to afford healthcare insurance,” the statement said.

In a statement, Melgen, 66, thanked Trump and said his decision ended “a serious miscarriage of justice.”

“Throughout this ordeal, I have come to realize the very deep flaws in our justice system and how people are at the complete mercy of prosecutors and judges. As of today, I am committed to fighting for unjustly incarcerated people,” Melgen said. He denied harming any patients.

Faustino Bernadett, a former California anesthesiologist and hospital owner, received a full pardon. He had been sentenced to 15 months in prison in connection with a scheme that paid kickbacks to doctors for admitting patients to Pacific Hospital of Long Beach for spinal surgery and other treatments.

“As a physician himself, defendant knew that exchanging thousands of dollars in kickbacks in return for spinal surgery services was illegal and unethical,” prosecutors wrote.

Many of the spinal surgery patients “were injured workers covered by workers’ compensation insurance. Those patient-victims were often blue-collar workers who were especially vulnerable as a result of their injuries,” according to prosecutors.

The White House said the conviction “was the only major blemish” on the doctor’s record. While Bernadett failed to report the kickback scheme, “he was not part of the underlying scheme itself,” according to the White House.

The White House also said Bernadett was involved in numerous charitable activities, including “helping protect his community from COVID-19.” “President Trump determined that it is in the interests of justice and Dr. Bernadett’s community that he may continue his volunteer and charitable work,” the White House statement read.

Others who received pardons or commutations included Sholam Weiss, who was said to have been issued the longest sentence ever for a white collar crime — 835 years. “Mr. Weiss was convicted of racketeering, wire fraud, money laundering, and obstruction of justice, for which he has already served over 18 years and paid substantial restitution. He is 66 years old and suffers from chronic health conditions,” according to the White House.

“Notably, no one suffered financially as a result of his crime and he has no other criminal record,” the White House statement reads.

“Prior to his conviction, Mr. Davis was well known in his community as an active supporter of local charities. He is described as hardworking and deeply committed to his family and country. Mr. Davis and his wife have been married for 15 years, and he is the father of three young children.”

CPS was the subject of a November 2017 investigation by Kaiser Health News that scrutinized its Medicare billings for urine drug testing. Medicare paid the company at least $11 million for urine screenings and related tests in 2014, when five of CPS’ medical professionals stood among the nation’s top such Medicare billers.

Fred Schulte, John A. Hartford Senior Correspondent on the enterprise team, has worked at the Baltimore Sun, the South Florida Sun Sentinel and the Center for Public Integrity.