Transitioning to cultured meat, made from animal cells grown in a petri dish, is one of The Great Reset goals for the global food industry. The aim is to control populations by creating dependence on private companies that control the food supply. 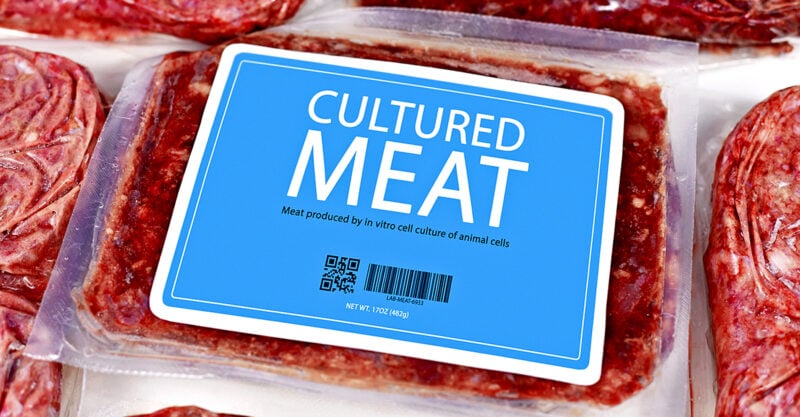 As reported by Organic Insider, the GMO industry — which is funded, propped up and defended by the tech and chemical industries — is now seeking to replace animal products such as beef, poultry, dairy and fish with synthetic biology, cultured meat, precision fermentation, cellular-based and gene-edited foods.

Companies involved in creating these kinds of fake foods even participated in this year’s Natural Products Expo West, which has historically been reserved for all-natural and organic companies.

Alan Lewis, vice president of advocacy at Natural Grocers commented on the presence of food-tech companies at the 2022 Expo:

“It seems that even with all the smarts and savvy in the natural products community, we have failed to understand that we are being targeted by a coordinated global campaign to force the adoption of synthetics in natural channels. The campaign is spawn of the notorious GMO lobby, now emboldened and backed by technology moguls.”

The Great Reset in action

A food goal of The Great Reset was even declared during that Expo.

In his keynote presentation, Nick McCoy of Whipstitch Capital stated that “The only way we are going to meet demand, as a planet, is through cultured meat.”

It’s an outright lie, but one that works well for those pushing The Great Reset agenda.

Key arguments for synthetic meats include:

These arguments are all provably false, however, and nothing more than a flimsy veneer to cover the truth, which is that the shift to patented foods is all about creating population control through dependency.

The EAT Forum, cofounded by the Wellcome Trust, has developed what they call “The Planetary Health Diet,” designed to be applied to the global population. It entails cutting meat and dairy intake by up to 90%, and replacing it largely with foods made in laboratories, along with cereals and oil.

Their largest initiative is called FReSH, which aims to transform the food system by working with biotech and fake meat companies to replace whole foods with lab-created alternatives.

Once tech giants have control of meat, dairy, cereals and oils, they will be the ones profiting from and controlling the food supply, and the private companies that control the food supply will ultimately also control countries and entire populations.

Biotech will eventually push farmers and ranchers out of the equation, thereby eliminating any hope of food security. So, the work being done in the name of sustainability and saving the planet is really all about shifting control over populations to private corporations.

Those corporations, in turn, are funded and/or owned by the same globalist cabal that is trying to “reset” everything else in society.

And, just as all the rest of The Great Reset agenda, the planned changes to the food supply are to the detriment of the global population. It’ll cause lower levels of health, more chronic disease and, ultimately, lower life spans.

As noted by Michael Hansen, Ph.D., a senior staff scientist at Consumer Reports, meat and dairy alternatives are all really just junk food and GMOs on steroids. Nothing good can come from transitioning away from real animal foods to manmade alternatives.

“Companies call these things ‘synthetic biology’ and ‘fermentation technology,’ but these foods are all just GMOs. They are using terms people do not understand, so that people will not realize these are GMO ingredients.

“These are often highly processed foods, which are associated with increased calorie intake and weight gain, according to a study from the National Institute of Health.

“And while these companies may be perceived as tech start-ups, the products they produce are designed to fit into an industrial food system, and society is clearly moving against this trend and toward a more agroecological-based food system.

“Additionally, they are introducing novel, genetically-engineered proteins into the food supply that will have unknown potential impacts on the human microbiome and the environment, and these companies are self-affirming GRAS status with the FDA, a voluntary process that is incredibly problematic and falls very, very short of protecting the consumer.”

Cultured meat does not spare lives of animals

Cultured meat, or cell-based meat, is produced from animal tissue cells that are then grown into larger slabs. One of its main selling points is that you can eat your beef without harming an animal.

What the PR leaves out, however, is that a key ingredient to grow the cells is fetal bovine serum (FBS), which is made from the blood of cow fetuses.

FBS is used because it’s a universal growth medium (meaning any cell can grow in it, whereas other mediums are cell-specific) and contains growth factors that prevent cell death.

In 2017, Slate magazine detailed the gruesome process of FBS extraction:

“If a cow coming for slaughter happens to be pregnant, the cow is slaughtered and bled, and then the fetus is removed from its mother and brought into a blood collection room.

“The fetus, which remains alive during the following process to ensure blood quality, has a needle inserted into its heart. Its blood is then drained until the fetus dies, a death that usually takes about five minutes. This blood is then refined, and the resulting extract is FBS.”

This is false advertising at its finest.

Eating cultured meat means you’re not merely eating an animal that was killed at the end of its life, you’re eating food made from an animal that was sacrificed before it was even born. That’s a pretty bizarre way to promote animal welfare, if you ask me.

The reality is they need both cows and calf fetuses to make cultured beef.

According to Christiana Musk, founder of Flourish*ink, cultured meat is “meat without slaughter.”

But clearly, that is a lie, seeing how it’s meat involving the slaughter of baby calves. Just because you’re not eating the meat from that calf does not mean it didn’t die in order for you to eat meat.

What’s worse, the meat from that calf was thrown away and its life sacrificed just to drain it of its blood, which strikes me as far more barbaric and inhumane than slaughtering and eating a full-grown cow.

Aside from general ethics considerations, cultured beef does not meet vegetarian requirements, and one could raise religious objections as well. Jews and Christians, for example, are prohibited — Biblically speaking — from consuming the blood of any animal, and in cultured meat, blood is a key ingredient.

At present, Singapore is the only country that has approved cultured meat for commercial sale but, so far, it’s a losing venture.

In the U.S. and elsewhere, another type of beef alternative that doesn’t cost a fortune to make has taken the market by storm, namely plant-based meat substitutes such as Impossible Burger and Beyond Meat. I’ve previously exposed the heavy processing and questionable ingredients that go into these products.

Beyond Meat — the primary ingredients of which include pea protein, canola oil and rice protein — is now facing a class-action lawsuit that alleges the company has been misrepresenting the protein content and/or quality, and the overall nutritional benefit, of nine different products.

As reported by ClassAction.org:

“According to the proposed class action, a number of claims made by the company concerning both protein and nutritional benefits are ‘false and misleading.’

“Specifically, the 46-page complaint out of Illinois alleges that the plant-based meat substitute company ‘miscalculates and overstates’ its products’ protein content and protein quality.

“The case claims that industry-standard testing done by the six plaintiffs revealed that many Beyond Meat items contained less protein than indicated on their respective product labels … Even worse, the suit says, the daily value percentage of protein in each of the items is ‘a small fraction’ of what Beyond Meat claims …

Aside from the fact that you don’t get the amount of protein you think you’re getting from Beyond Meat, a far greater concern has to do with the fats it contains — canola oil.

There is no animal fat in these plant-based meat substitutes. Instead, you’re getting industrial seed oil, which is the worst fat possible.

High amounts can cause severe problems, as it acts as a metabolic poison that stays put in your cells for up to seven years. I’m convinced excessive LA in the modern diet is a key contributor to all chronic diseases.

To be clear, LA is the one fat you absolutely want to minimize in your diet. Anything above 10 grams a day is likely to cause ill health.

To learn more about the harmful mechanisms of LA, see “How Linoleic Acid Wrecks Your Health.”

In my view, replacing real animal foods with fake substitutes, regardless of how they’re made, is one of the worst ideas in human history.

Simply put, there are no benefits — not for the environment, human nutrition or animal welfare — only hazards and false claims. So, if you value your health, you would do well to stay clear of animal food substitutes, be they beef, poultry, fish or dairy substitutes.