Too Much Time on Smartphones Puts Kids at Higher Risk of Impaired Vision, Study Says

According to new meta-analysis published in the Journal of Medical Internet Research, smartphone overuse significantly increases the risk for ocular symptoms, including myopia, asthenopia and ocular surface disease, especially in children. 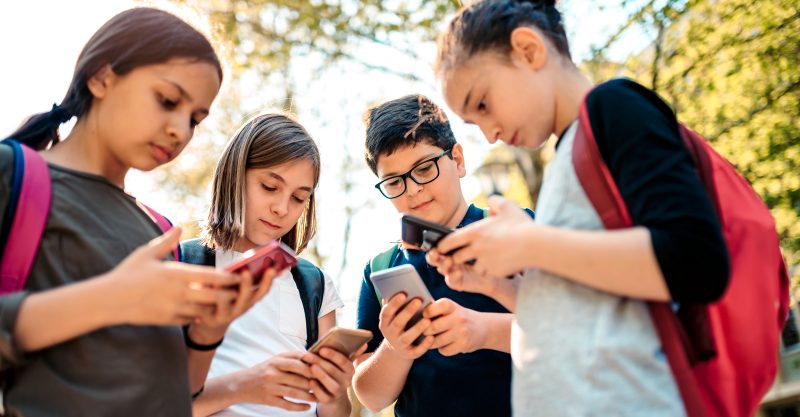 A new meta-analysis study found that use of smartphones may increase the likelihood of visual impairments in children and young adults.

According to the authors, one purpose of the study, published in the Journal of Medical Internet Research, was to use the meta-analysis (a meta-analysis study is a statistical analysis that combines the results of multiple scientific studies) to “further guide potential interventions to reduce the harmful impact of smartphone overuse on vision in this susceptible subpopulation.

The authors reviewed 14 studies with a total of 27,110 subjects, all between the ages of 9.5 to 26. The results showed a statistically significant risk increase for ocular symptoms, including myopia, asthenopia and ocular surface disease, especially in children.

According to the study, the incidence of ocular problems has dramatically increased in line with the continuous rise in digital media consumption by youth. The authors cite several studies indicating that “a large portion of the population currently suffers from visual impairment, especially in Asian countries, with a rapidly increasing prevalence and younger age of onset.”

Several studies reviewed for the meta-analysis found increased use of digital devices in children aged 2-11 years old. One study that included children ages 9 – 11 from 12 countries showed that 54.2% of the children exceeded recommended screen time guidelines (≤2 hours per day).

Compared with older people, children and young adults have greater risks of the undesirable consequences of smartphone overuse because they have less self-control in smartphone use, according to another study cited in the meta-analysis.

The authors called for further study, but said that “[o]verall, smartphone overuse may result in significant harmful physical, psychological and social consequences.”