"These trillion-dollar companies scrape local news content and data for their own sites and leverage their market dominance to force local news to accept little to no compensation for their intellectual property." 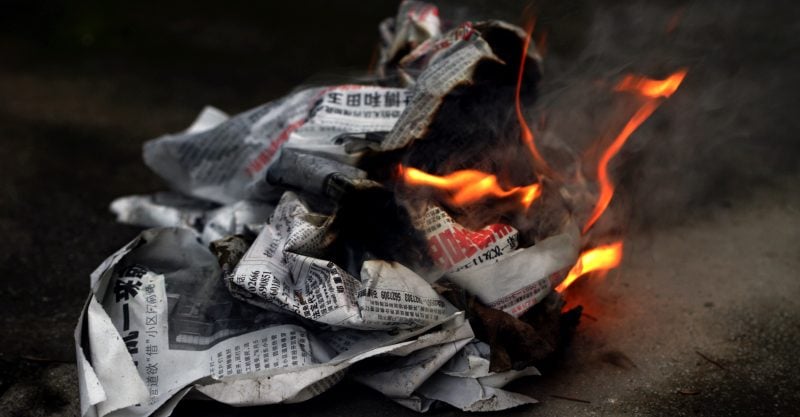 The “unfair market practices” of technology giants Google and Facebook have decimated local journalism, threatening “America’s most trusted news sources,” according to a new report from the office of Sen. Maria Cantwell.

The Washington state democrat published the report on Tuesday, one day before the CEOs of Google, Facebook, and Twitter testified in a hearing held by the Senate Committee on Commerce, Science, and Transportation.

The report describes how “irreplaceable” local news outlets are being destroyed not only by the devastating loss of print advertising revenue caused by the Internet’s transformation of information consumption patterns but also by massive technology companies’ domination of the marketplace for online advertising.

“Local news has been hijacked by a few large news aggregation platforms, most notably Google and Facebook,” the report argues.

“These trillion-dollar companies scrape local news content and data for their own sites and leverage their market dominance to force local news to accept little to no compensation for their intellectual property.”

“There is a clear need for Congress to address the market failures created by the search and social media platforms.”

According to Cantwell’s analysis, the total revenue of the local journalism industry has declined by 70% since 2000, while local broadcasters have lost more than 40% of advertising revenues over the same time period. The coronavirus crisis is worsening an already alarming situation, jeopardizing the long-term future of local newspapers, TV and radio broadcasters.

“These losses are creating news deserts,” the report notes, pointing out that 40,000 newsroom employees, 60% of the journalistic workforce, have been laid off over the past two decades, with 7,000 more cuts expected this year — a frightening trend that is leading to “thousands fewer watchdogs exposing … corruption and keeping elected officials accountable to their constituents.”

Although “Americans want and appreciate the accurate and unbiased reporting that local journalists provide,” Cantwell writes, 200 counties nationwide lack newspaper coverage of their communities while “half of all U.S. counties are down to just one, a problem that is particularly acute in the South.”

The report documents how giant search and social media platforms’ “unfair, deceptive, and abusive practices” have contributed to troubling revenue losses and employment trends that are stifling local journalism. 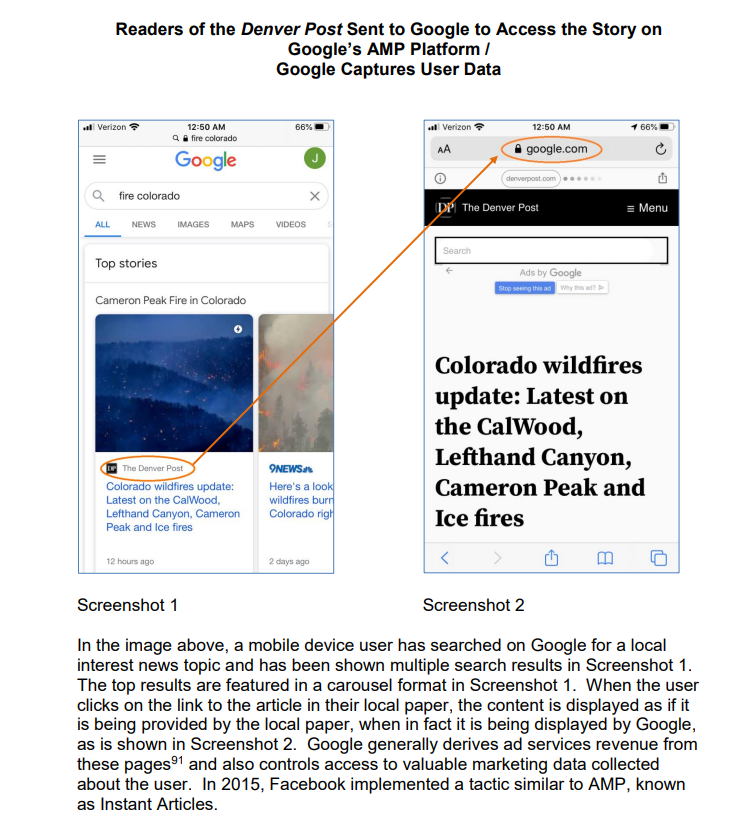 As the Seattle Times reported, Cantwell “recommends Congress require that Facebook and Google negotiate payment terms with local media outlets for the headlines, photos and summaries driving a sizable amount of traffic on their sites, “a move proposed or enacted in some European countries and Australia, much to the chagrin of the big tech firms.

“Congressional action is needed to help local news survive the global pandemic and onslaught of unfair practices by the dominant online platforms,” the report argues, echoing a watershed antitrust lawsuit filed last week against Google by the Justice Department.

“Local news,” said Cantwell, “needs new laws and regulations to make sure it can compete fairly and provide its true value to local communities and American democracy.”