More than 330 U.S. research scientists sent a letter to President Biden Thursday urging him to use his executive authority to stop all new fossil fuel projects and declare a climate emergency — actions they say are necessary to avoid the worst damages of the climate crisis and deliver on environmental justice. 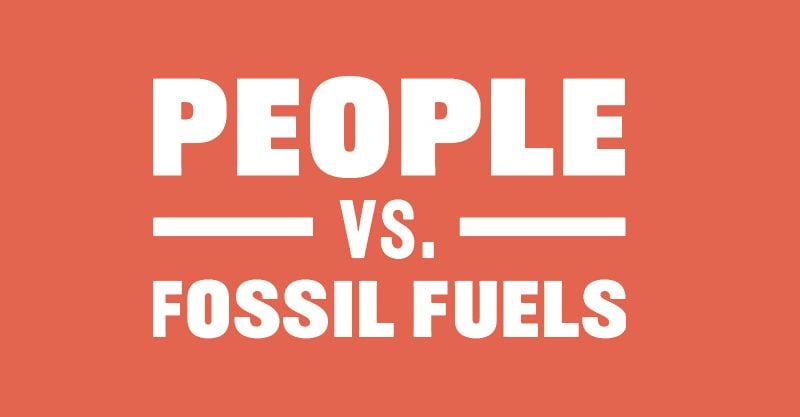 More than 330 U.S. research scientists sent a letter to President Biden Thursday urging him to use his executive authority to stop all new fossil fuel projects and declare a climate emergency — actions they say are necessary to avoid the worst damages of the climate crisis and deliver on environmental justice.

The letter directly supports the core demands of frontline communities to the president in the massive People vs. Fossil Fuels mobilization taking place at the White House next week. Scientists including Dr. Steingraber plan to participate in the action and risk arrest.

“U.S. scientists are done speaking calmly in the face of inaction,” said Steingraber. “Terrified by our own data, we stand in solidarity with the People vs. Fossil Fuels mobilization and its demands. President Biden, listening to science means acting on science. It means stopping new fossil fuel projects, opposing industry delay tactics, and declaring a national climate emergency.

“Climate change is genuinely an emergency, and we need to start treating it as such,” said Kalmus. “It does no good to speak of an ‘existential crisis’ while continuing to expand the fossil fuel industry.”

To end fossil fuel expansion, the letter calls on Biden to use his authority to end new fracking and drilling on public lands and waters, stop the approval of fossil fuel infrastructure projects, and end fossil fuel exports and subsidies. The scientists further urge the president to declare a climate emergency to advance a rapid, just buildout of clean renewable energy.

The letter highlights that Black, Brown, Indigenous and poor communities bear the brunt of the climate disasters and serious health harms caused by fossil fuel pollution, and that ending the fossil fuel era is necessary to protect frontline communities.

“Our communities are living every day with the toxic chemicals that are shutting down beaches in California right now,” said Dr. Robert Bullard, distinguished professor and director of the Bullard Center for Environmental and Climate Justice at Texas Southern University and a signatory of the letter.

“We hear President Biden making lots of promises, but Black, Brown and Indigenous communities are waiting for action. We’re waiting on the president to stop the fossil fuel projects that are killing us and deliver on the environmental justice he promised.”

“The climate emergency is caused by burning fossil fuels, and the only way out is to quickly ramp down and end the fossil fuel industry,” said Kalmus. “Carbon indulgences and hypothetical tech solutions are dangerous distractions. Far too much time has been wasted already.”

“The science is clear: To stand a chance of avoiding complete climate catastrophe, we must halt all new fossil fuel development now. Today, not tomorrow,” said Dr. Robert Howarth, professor of ecology and environmental biology at Cornell University and a board member of Food & Water Watch.

“When scientists across the U.S. are imploring the president to get the country off fossil fuels, it’s time to listen,” said Dr. Shaye Wolf, climate science director at the Center for Biological Diversity. “A crisis this big demands more than crossed fingers and compromise. Biden must use his substantial powers to make a rapid transition to clean energy if we want a livable future.”