Nearly half of the disinfectants recommended by the EPA contain quaternary ammonium compounds, a broad group of chemicals sometimes referred to as "quats." 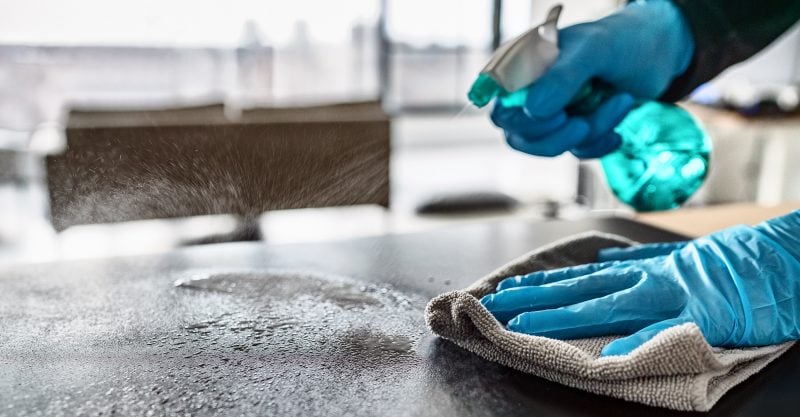 The Centers for Disease Control and Prevention (CDC) is telling school administrators to clean and disinfect schools with products approved by the U.S. Environmental Protection Agency (EPA) to prevent the spread of coronavirus.

But what the CDC doesn’t make clear, is that some of those products contain harmful chemicals.

Nearly half of the disinfectants recommended by the EPA contain quaternary ammonium compounds (QACs), a broad group of chemicals sometimes referred to as “quats.”

QACs, which can be absorbed into the skin, are linked to damage of the reproductive system, asthma and other respiratory illnesses.

Children, who typically spend about one-third of their day in schools, are more susceptible and vulnerable to environmental hazards. That’s because their organs and immune systems are still developing, and because they are more likely to touch their eyes and mouths after touching surfaces, experts say.

Kids also breathe more air per pound of body weight than an adult, according to Dr.  Jerome Paulson, pediatrician and emeritus professor at George Washington University. “Their exposure will be greater in terms of inhalation than an adult exposure would be,” Paulson told Consumer Reports.

Studies conducted on adults regularly exposed to QAC-based cleaning products revealed an increased risk of asthma. The California Work-Related Asthma Prevention Program warns that pre-existing asthma can worsen by walking into a room or building recently sprayed with the products containing QACs.

QAC compounds are also associated with infertility. A 2014 study funded by the National Institutes of Health found that quaternary ammonium disinfectants “significantly impaired reproductive health in mice,” with the mice experiencing a decrease in fertility and fecundity (the number of offspring). The study also found that the QACs remained in the caging material for several months after the material had been sprayed.

A school bus maintenance director for one New Jersey district told Children’s Health Defense that the district uses VIREX, one of the EPA-recommended disinfectants. The administrator, who spoke on condition of anonymity, said the entire district of Toms River Regional, which includes 15,000 students, is using VIREX as an anti-COVID-19 measure.

“The buses get sprayed with VIREX every couple of hours — and then once a week they get a deep clean, again with VIREX,” he told Children’s Health Defense.

New Jersey is not alone. Several other school districts in the country are stepping up their use of QAC-based disinfectants like VIREX. Missouri’s Hazelwood School District, which accounts for 18,000 students, uses VIREX as its primary cleaning product, to disinfect all surfaces inside the school. The product is sprayed both during and after school hours.

Potentially harmful disinfectants were used in schools before the COVID-19 outbreak. But the drastic increase in their use in schools has some parents concerned.

One parent in Canada pulled her daughter out of school after it started spraying VIREX every day. “It’s not worth having my daughter be a guinea pig,” the parent told a local paper. “I’m not willing to take the risk.”