The latest episode of The Hill’s “Rising” focused on a bombshell letter from the National Institutes of Health acknowledging the agency funded the nonprofit EcoHealth Alliance to conduct gain-of-function research at the Wuhan Institute of Virology, despite claims to the contrary by Dr. Anthony Fauci. 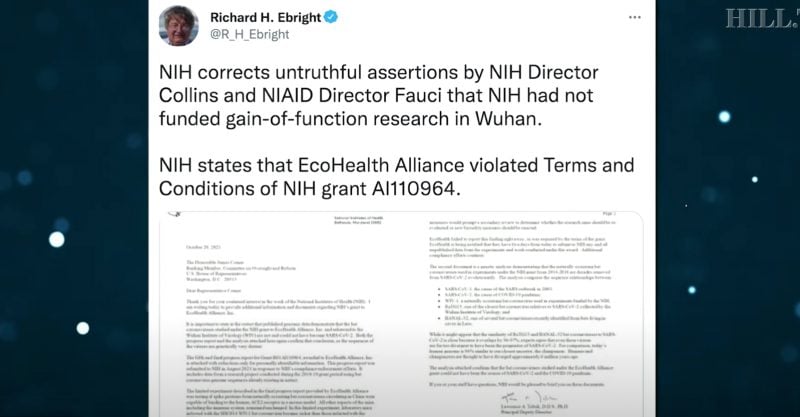 The latest episode of The Hill’s “Rising” focused on a bombshell letter from the National Institutes of Health (NIH) acknowledging the agency funded the nonprofit EcoHealth Alliance, run by Peter Daszak, to conduct gain-of-function research at the Wuhan Institute of Virology.

“Not only did Fauci lie about the funding, but according to this NIH letter, the research was successful in making the virus gain function. They created a virus that does not exist in nature and that is much more dangerous. I think Dr. Fauci should absolutely be fired by the president.”

Paul told Axios Fauci will “deny that he lied” and try to “work around the truth.”

Since the letter was made public, Fauci has been making the rounds on cable news, Grim reported. On Sunday, Fauci told ABC’s George Stephanopoulos that Paul is “absolutely incorrect.”

“People want to know if we are living in this hellscape because of something [Dr. Fauci] funded, and that’s the question he continues to dodge and obfuscate,” said Grim.

Grim, who is also the D.C. bureau chief for The Intercept, said he believes Fauci should have already been fired for his continuous lies, beginning with masks — a lie Fauci claims was for the greater good.

“At first [Fauci] said masks are useless, don’t use them, and then he said they’re very important, everyone must wear them” said Grim. “He admitted he didn’t tell the whole truth on masks because he was worried about people going out and buying up all of the masks….”

Grim’s co-host Robby Soave said this type of behavior is dangerous for a public official.

“He’s already admitted that he’s practiced in telling lies that he believes are for the greater good,” said Soave. “So you could easily see how downplaying his own role and the wider health bureaucracy’s role in creating viruses that cause pandemics could be seen by Fauci as protecting the greater good.”

According to Robert F. Kennedy, Jr., author of the forthcoming book, “The Real Anthony Fauci,” and chairman of Children’s Health Defense:

“From the outset, EcoHealth’s Daszak served two functions. First, EcoHealth Alliance was the conduit through which Dr. Anthony Fauci and the U.S. military and intelligence agencies laundered funding for outlaw bioweapons research in Wuhan to evade the White House moratorium. Second, he was the prearranged patsy in the event the scheme was exposed and Dr. Fauci needed a scapegoat.

“The scrambling we are now witnessing, is just the latest in a long history of Dr. Fauci employing strategies to put daylight between himself and his criminal activities.”

Last year, Kennedy wrote to key members of the U.S. Senate and House of Representatives demanding a thorough Congressional investigation of the origins of the COVID virus. 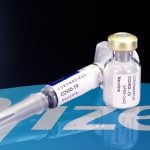