The Allen & Company Sun Valley Conference in Idaho is where the “world’s most powerful, richest tech billionaires get together with media moguls to decide on our future,” said Russell Brand. 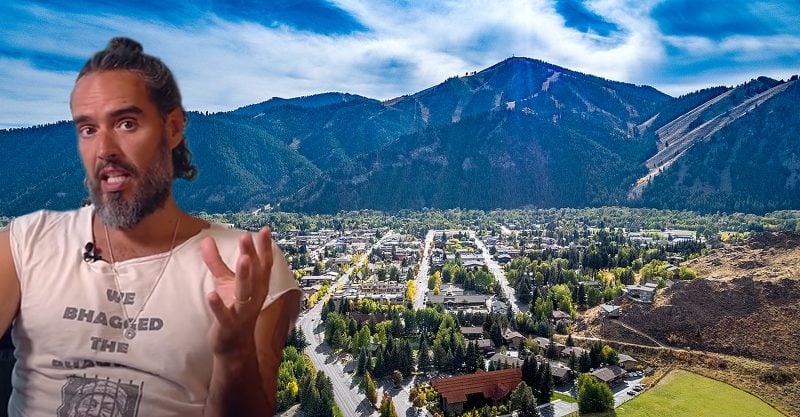 If you’re concerned about the World Economic Forum’s annual meeting in Davos, Switzerland, then “you’re so 2008,” said Russell Brand in a new video.

The Allen & Company Sun Valley Conference in Idaho is where the “world’s most powerful, richest tech billionaires get together with media moguls to decide on our future,” said Brand.

Part of “deciding on our future” includes discussing how to grow their enormous wealth, so the uber wealthy can exert more control over the lives of ordinary people — which includes exercising more power over government policies.

It’s “where a group of people with a collective wealth of a trillion dollars — more than 16 nations combined — come together to oppose elected democracy,” Brand said. And if there’s any talk of breaking up their billionaire monopolies, “nobody’s got the force to oppose that,” he said.

Brand cited an article published by The Guardian which questioned what happens when mega-billionaires convene at conferences like Sun Valley.

Hamilton Nolan of The Guardian wrote:

“Everything that happens at Sun Valley will contribute to the ability of attendees like Jeff Bezos, Bill Gates and Mike Bloomberg to increase their society-warping fortunes. They and their fellow billionaires got more than 50% richer during the pandemic year, by doing absolutely nothing but sitting back and watching their capital grow as millions around the world suffered and died.”

“If it was truly about humanitarianism and helping others, they would start paying more taxes, stop lobbying for more power and create some funds that … actually impact the lives of ordinary people.”