Dr. Charles Hoffe told Robert F. Kennedy, Jr., on the “RFK Jr. The Defender Podcast,” British Columbia health officials threatened to take his medical license and forbid him from saying anything negative about the COVID vaccine. 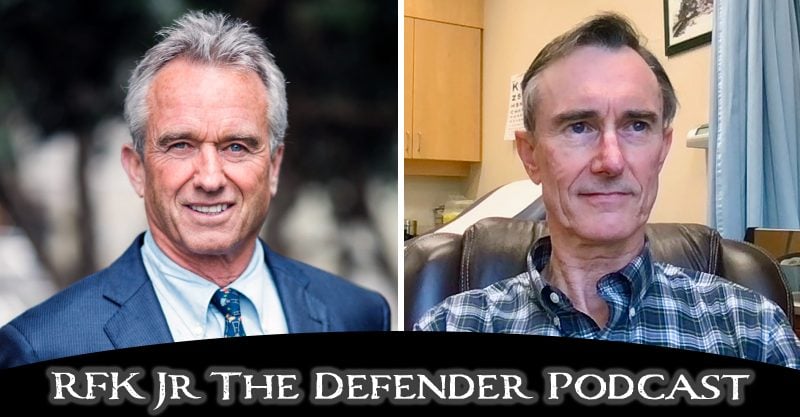 Dr. Charles Hoffe never wanted to be in the spotlight, especially for talking about the adverse health effects of the COVID vaccine. But when patients began showing up at his office with “serious injuries,” he knew he had to speak out.

Hoffe works as a family physician at Lytton Medical Clinic in British Columbia, where 70% of his patients are Indigenous Canadians from the First Nations tribe.

“Initially there were literally three that had disabilities from this, and this was now nine or 10 weeks since their shot. Some of them, for example, couldn’t open a jar anymore because both hands were so weak. There were some that had shortness of breath where they could previously walk two miles, now they can only walk a quarter mile. But most of them were neurological problems, loss of sensation, loss of strength and a major thing was chronic pain.”

Alarmed by the number of adverse events following the COVID vaccine, Hoffe fired off an email to a group of local healthcare providers, including doctors, nurses and pharmacists, that said, “This is causing harm, should we be pausing this just to take stock?”

Within a few days, Hoffee had a meeting with local health authorities who accused him of causing “vaccine hesitancy” and threatened to report him to the College of Physicians and Surgeons of British Columbia, the licensing body for family doctors.

Government health authorities also told Hoffe he was forbidden from saying anything negative about the COVID vaccine.

Listen to the full interview to hear Hoffe discuss the gag order put on him by the government and why he thinks the COVID vaccination program should be stopped until we understand why the shot is causing so many injuries and deaths.