Kevin Jenkins, CEO of Urban Global Health Alliance and producer of the film, “Medical Racism,” told RFK, Jr. that Blacks and whites must unite to fight the greatest tyrannies of all time. 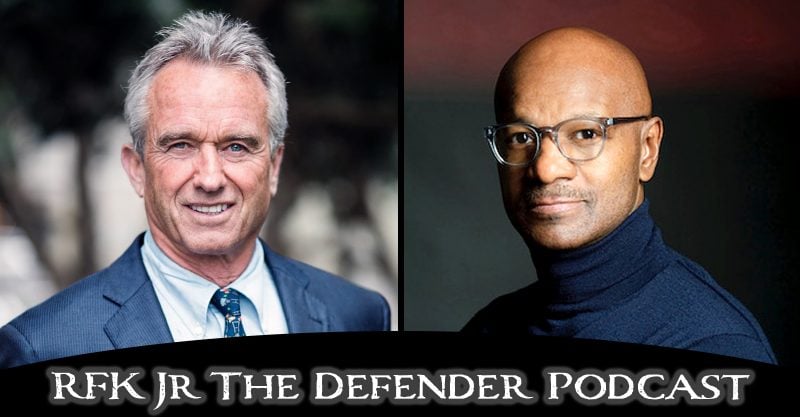 Jenkins, producer of the documentary film “Medical Racism: The New Apartheid,” is a leader in the health freedom movement.

“I’m a firm believer in uniting white and Black Americans in the fight against the greatest tyrannies of all time: Big Pharma, Big Tech, the banking industry and the education cartel,” Jenkins said.

Jenkins is working to build new institutions that offer the “ability to move past the world we live in today and build a bridge to a better future for us,” one that includes having “ownership in our lives.”

Jenkins stressed the importance of embracing “informed consent” when it comes to vaccines.

When Kenndy asked Jenkins why he thought Blacks were among those described as “vaccine hesitant,” he answered:

“Black Americans have a deeper understanding of these industries better than anyone, and in particular, Big Pharma. With all of the chronic illness in our community, with all of the experimentation that has happened in our community, they don’t want to trust the system that’s trapped them in the health system, the [system] that they’re now paying more attention to because of this COVID narrative that more Black Americans are dying of COVID than anybody else.”

I’m “proud to say that Black Americans are really waking up,” said Jenkins.

Black Americans are doing more research, said Jenkins. They’re turning off the TV and they’re looking at the history of eugenics, racism and events such as the Tuskegee experiments, Jenkins said.