The New York Times reportedly bases a book’s position on its bestseller list on what they call a proprietary algorithm. Whatever their method, they favor specific books, ignore others, and rankings are often disconnected from how many copies of a book were actually sold to consumers. 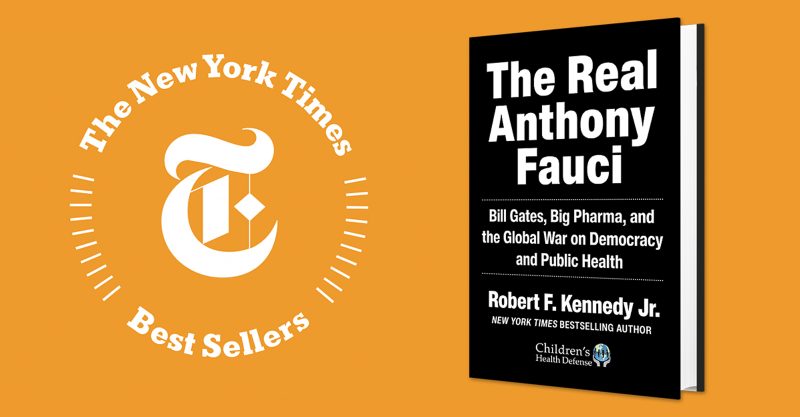 Can a book outsell every other book in the U.S. and not be the #1 New York Times Bestseller? Sure. Is that perhaps a form of censorship? Yup.

The New York Times reportedly bases a book’s position on its bestseller list on what it calls a proprietary algorithm. Whatever the method, the T favor specific books, ignore others, and rankings are often bizarrely disconnected from how many copies of a book were actually sold to consumers.

As every publisher in America knows, you can’t make the Times’ list without selling a substantial number of books through Barnes & Noble, as well as “the independents.”

But what if Barnes & Noble decides to buy very few copies of a book based on its subject matter? And what if some independents exhibit similar bias by boycotting the book, refusing to carry it and telling customers that they won’t even special order the book?

That’s what happened in the case of Kennedy’s “The Real Anthony Fauci”: Barnes & Noble purchased an unusually small quantity, and they kept the book invisible in most of their stores.

Independent booksellers, such as the San Francisco-based City Lights, don’t list the book on their website, tell customers they “don’t carry the book” and refuse to order it, even upon request. These decisions have nothing to do with customer demand or interest in the book.

Perhaps because of the trend toward politicization by bookstores that report sales to the Times, Amazon now accounts for an increasingly large percentage of book sales in the U.S.

On the one hand, the Times’ list is inaccurate because it applies an outdated, and increasingly irrelevant, view of how books are sold. On the other hand, it appears the Times’ bestseller list intentionally misrepresents actual consumer sales and demand.

With more than 2,000 citations and references, the book asks readers to engage in dialog and debate. At the end of each chapter, there’s a QR code that links to a website containing updates, critiques and new information.

“The Real Anthony Fauci” was carefully vetted by doctors, scientists and lawyers. It has received substantial support from leading scientists, including at least one Nobel Prize-winning scientist.

This type of book cannot possibly be what any reasonable person has in mind when they seek to protect the public from “misinformation.”

Kennedy’s tour de force resonates so strongly with the American public that, despite epic censorship, “The Real Anthony Fauci” is one of the bestselling books in America.

It has achieved this status despite a total media blackout. There hasn’t been a single review in a major newspaper, online platforms have rejected advertising — some calling it “misinformation” before anyone could actually have read it — and bookstores are boycotting it.

In the past, people perused the New York Times Best Sellers list because they believed it represented an honest account of what people across the country were reading.

Today, alas, the New York Times Best Sellers list represents a political point of view and has become a way to encourage Times readers to buy and read books that the newspaper owners approve of — and to avoid books they don’t approve of.

The playbook from major newspapers and other media outlets is transparent: Attack the author, ignore the book.

In Kennedy’s case, the hit pieces have come from Town & Country, The New York Post, Vanity Fair, The Associated Press and others. (The Times hasn’t reviewed the book, of course, but describes it as a new book by an “anti-vaxxer.”)

Again, despite the epic censorship, there has been enormous grassroots demand for this book, and it’s burst through the blockade to hold the #1 spot on Amazon Charts and also become the #1 USA Today, #1 Publishers Weekly, and #1 Wall Street Journal bestseller.

The New York Times, however, listed it at #7 in the first week and #8 in the second. That must mean the book sold fewer copies than the books with higher rankings on the list, right? Wrong.

Few people ever see the actual numbers of books sold, so let’s break that tradition and share it all: The week Kennedy’s book was ranked #7 by the Times, it sold more than 92,000 hardcover copies.

The fact is no book anywhere on the list sold more copies than “The Real Anthony Fauci.” (The book that earned the coveted #1 slot was the Times’ own “1619 Project,” which sold thousands fewer copies than Kennedy’s book.) 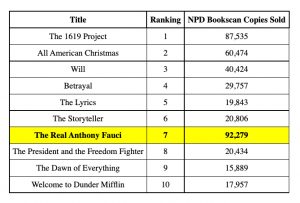 The week after that, the Times again placed the “1619 Project” in the #1 position, as if it had sold the most books, even though it undersold Kennedy’s book by more than 20%.

And they moved “The Real Anthony Fauci” down to the #8 position — even though it outsold every other book on the list. It sold nearly three times as many copies as the book the Times listed as #3. 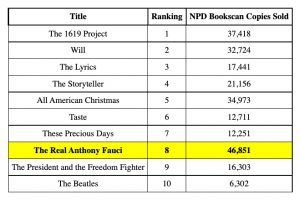 But Americans are smarter than the New York Times gives them credit for — in less than four weeks, “The Real Anthony Fauci” sold more than 400,000 copies in all formats.

Americans clearly don’t like to be told what to think or what to read — or what not to read. Buying “The Real Anthony Fauci” has become a vote, sort of like a straw poll, against the increasingly insidious censorship in America. 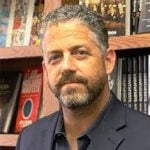 Tony Lyons, president and publisher at Skyhorse publishing, and an attorney, was publisher at The Lyons Press between 1997 and 2004. He founded Skyhorse Publishing in 2006 and has been involved with every aspect of the book publishing process.