Rapid COVID Testing on Children Forges Ahead Despite Lack of Data

The New York Times reported that some of the cheapest and most convenient diagnostic tools on the market might not perform as promised in a crucial contingent of the population: children. 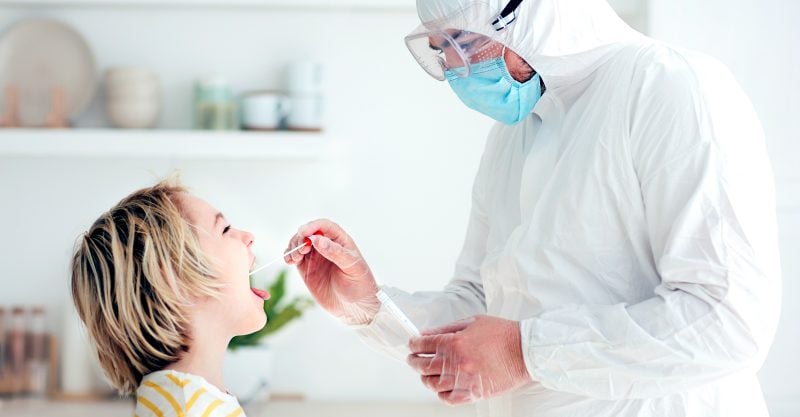 It’s still unknown whether or not rapid COVID testing works on children, but health experts are forging ahead anyway.

A small but growing body of evidence, some of which has not yet been published in a peer-reviewed scientific journal, suggests that some rapid tests for the coronavirus may falter in very young people, letting low-level infections slip by unnoticed, according to The New York Times.

A recent study of more than 1,600 people in Massachusetts showed that Binax NOW — a rapid test manufactured by Abbott Laboratories — caught 96.5% of the coronavirus infections found by a more accurate laboratory test in adults with symptoms. But the rapid test detected just 77.8 percent of the symptomatic cases in people 18 or under. Among people without symptoms, the test faltered further, identifying 70.2 percent of adults and 63.6 percent of children.

According to the study, the rapid test detected just 77.8% of the symptomatic cases in people 18 or under, while among people without symptoms, the test faltered further, identifying 70.2% of adults and 63.6% of children.

In spite of the study results, Binax NOW received an emergency green light from the Food and Drug Administration in August. It was not tested in anyone younger than 22 before Abbott sought the federal agency’s authorization, according to the Times report, which noted that millions of the tests have already been purchased to distribute to governors and communities for use in schools.

Studies show that two other tests also failed to include children under the age of 21 (Abbott’s ID NOW) and younger than 18 (Veritor, made by Becton, Dickinson and Co.), but have appeared in clinics and schools across the country.