An internal government document obtained by Yahoo! News exposed a USPS surveillance effort involving analysts “trawling through social media sites” to look for “inflammatory” postings and then sharing that information across government agencies. 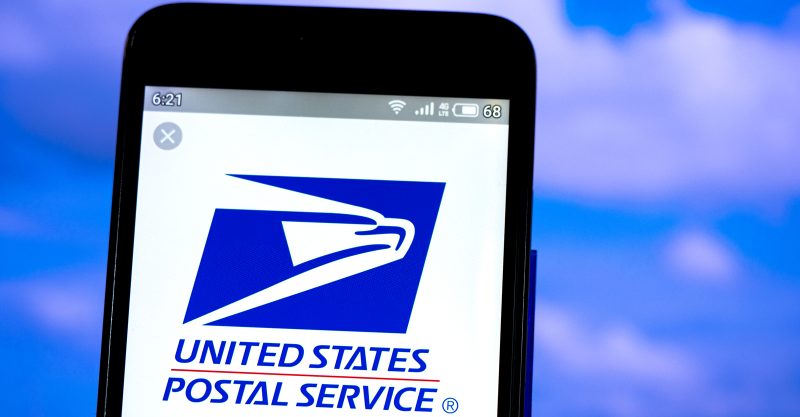 An internal government bulletin obtained by Yahoo News this week revealed that the law enforcement arm of the U.S. Postal Service is monitoring social media posts as part of a surveillance operation known as iCOP, a secretive program that sparked alarm among rights groups and civil liberties advocates.

“The federal government’s sprawling and clandestine surveillance apparatus manifests in a new way,” tweeted progressive activist Jordan Uhl. “These breaches of civil liberties largely go unchecked because, again, it targets right-wingers on Parler, but ultimately threatens everyone in the long run.”

Jana Winter of Yahoo News reported that the USPIS surveillance effort “involves having analysts trawl through social media sites to look for what the document describes as ‘inflammatory’ postings and then sharing that information across government agencies.”

Winter wrote on Twitter that USPIS would not answer questions about when the social media monitoring program began.

“Footnotes in the bulletin citing their authority say the attorney general can give more powers to the postmaster general,” Winter noted, “but [the Justice Department] wouldn’t tell me when that was either.”

The current postmaster general is Louis DeJoy, a GOP mega-donor who remains under fire for implementing operational changes that dramatically slowed mail delivery across the country.

USPIS broadly describes its mission as enforcing “federal statutes related to crimes that involve the postal system, its employees and its customers” and includes in its scope a range of illegal activities, from mail fraud to child exploitation. As Common Dreams previously reported, advocacy organizations have grown increasingly worried in recent years about the expanding reach of the Postal Service’s sprawling mail monitoring program.

In a statement to Yahoo News on Wednesday, the agency said that “in order to preserve operational effectiveness, the U.S. Postal Inspection Service does not discuss its protocols, investigative methods or tools.”

“Based on the very minimal information that’s available online, it appears that [iCOP] is meant to root out misuse of the postal system by online actors, which doesn’t seem to encompass what’s going on here,” Levinson-Waldman told Yahoo News. “It’s not at all clear why their mandate would include monitoring of social media that’s unrelated to use of the postal system.”

Levinson-Waldman went on to note that “if the individuals they’re monitoring are carrying out or planning criminal activity, that should be the purview of the FBI.”

“If they’re simply engaging in lawfully protected speech, even if it’s odious or objectionable,” she added, “then monitoring them on that basis raises serious constitutional concerns.”

Other civil liberties advocates were similarly baffled — and unnerved — by the covert USPIS program.

“Why is the Postal Service conducting widespread monitoring of social media? This is the kind of surveillance sprawl that is happening across government agencies,” said Hugh Handeyside, a senior staff attorney with the ACLU’s National Security Project.

Jameel Jaffer, director of the Knight First Amendment Institute at Columbia University, asked, “Seriously, what is going on here? What possible justification could there be for USPS running this kind of social-media surveillance program?”