Pollinator losses are responsible for reducing the global production of nuts, fruits and vegetables by 3-5%, and this loss of nutrient-dense food is directly harming the well-being of hundreds of thousands of people, according to research published in Environmental Health Perspectives. 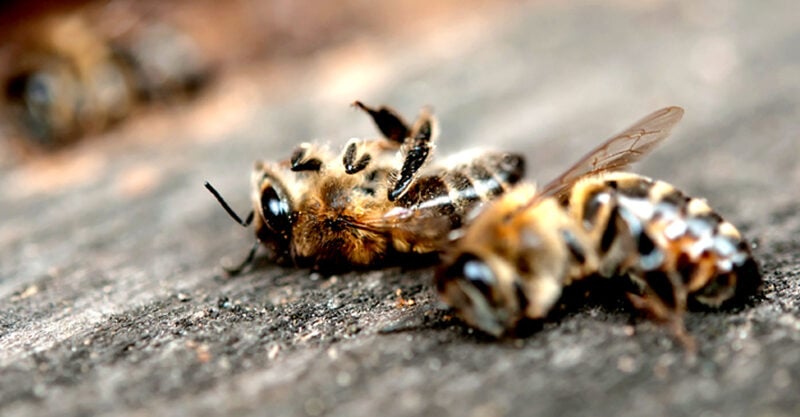 Pollinator losses are responsible for reducing the global production of nuts, fruits and vegetables by 3-5%, and this loss of healthy, nutrient-dense food is resulting in more than 427,000 (95% uncertainty interval: 86,000, 691,000) excess deaths each year, according to research published last month in Environmental Health Perspectives.

While the connection between pollination, food production and health is intuitive, the study’s ability to trace how these impacts are directly harming the well-being of people living right now is shocking and is a clear sign that pollinator losses must be taken seriously and addressed through meaningful action.

To those who consider the decline of pollinators to be some vague, amorphous future threat, let this study end that myth.

“Today’s estimated health impacts of insufficient pollination would be comparable to other major global risk factors: those attributable to substance use disorders, interpersonal violence, or prostate cancer.”

Per a United Nations report, 75% of the world’s food crops depend at least in part on pollination, with pollinators contributing an estimated $235 to $577 billion to global crop production annually.

A 2016 paper by many of the scientists in the current study determined that in general, when there is a difference between high and low production on a farm, regardless of crop type, a lack of pollinator populations accounts for 25% of the yield gap.

However, no study had yet investigated how these losses translate into real-world impacts.

Thus, the authors asked: if there were no pollinator losses, how much food would have been produced, who would have eaten it, and would that have averted any diet-related diseases or deaths?

To answer how much food would have been produced were pollinators still thriving, scientists compare current yields to what they term “attainable yields,” which represent the 90th percentile of yield within a given region on a global scale. Having determined the yield gap, an average weight is then assigned to determine the contribution of pollinators to this disparity.

Economic impacts are more complicated, as there are a multitude of variables for both supply and demand; on the supply side, farmers may change what or how much they plant, and demand is determined by price and a consumer’s ability or willingness to pay. Researchers focused their economic review on three low-income countries — Nepal, Honduras and Nigeria.

When cost increases, many consumers will not be able to afford to eat enough nutrient-dense, pollinator-dependent foods like fruits, vegetables and nuts.

To determine how this translates to health outcomes, a global risk-disease model is utilized, looking at risk factors associated with low consumption of fruits, vegetables, legumes and nuts.

Final calculations show that pollinator declines account for losses of 4.7% of all fruit production, 3.2% of vegetables and 4.7% of nuts. Yield gaps are determined to be independent of other variables like geography and other landscape characteristics.

Low-income countries (as defined by the World Bank) are experiencing the most pronounced yield gaps, with an estimated 26% and 8% loss in overall vegetable and nut production in those areas on average.

Pollination declines also hit the economy of low-income countries hard. The annual lost economic value of all agricultural crops, as determined by researchers, is -12% in Honduras, -17% in Nigeria and -31% in Nepal.

Economic losses do not match up directly with production losses, which are -3%, -15% and -19%, respectively, for the same countries.

“The greater percentage economic loss compared with production loss (by weight) suggests that pollinated crops constituted high-value commodities for these countries,” the authors note, indicating that most value is lost through declines in fruit and vegetable production.

In sum, these impacts result in annual lost value per farmer of $209, $250 and $325 (U.S. dollars) for the same countries, respectively. Such losses are staggering in the context where per farmer annual GDP tops out at less than $1,500 in these countries.

Not only are pollinator losses throwing farmers into financial turmoil, but the impacts also result in a shocking 427,000 excess deaths each year, primarily from chronic disease. Interestingly, it is middle and high-income countries where these excess deaths are most pronounced.

According to the study, 1% of total annual mortality in upper-middle and high-income countries can be attributed to loss of pollination. Lower fruit and vegetable intake accounts for 189,000 and 151,000 deaths, respectively, from stroke, heart disease and cancer, and a reduction in nut consumption results in an estimated 99,000 deaths each year.

Prior studies have shown that pollinator declines will result in increased malnutrition from lost micronutrient consumption and nutrient deficiencies. But this latest research deals less with “the potential for” impacts and makes determinations based on what is happening currently.

To be clear: this study shows that people today, in the U.S. and around the globe, are dying because the loss of pollinators has resulted in them being unable to afford to eat healthy fruits and vegetables on a consistent basis. Extrapolating the data into the future paints an increasingly dismal picture should society not act on a coordinated basis to revive pollinator populations.

The authors note that there is hope, writing that:

“Diverse research investigating the optimal policies to benefit pollination have shown remarkable consensus around a short list of highly effective strategies: increase flower abundance and diversity on farms, reduce pesticide use, and preserve or restore nearby natural habitat.”

In order to reverse pollinator declines, these practices must be translated and institutionalized into enforceable policies.