Judicial Watch today said documents obtained from the U.S. Department of Health and Human Services show lipid nanoparticles from Pfizer’s COVID-19 vaccine were found in the liver, ovaries and other organs 48 hours after injection, and Johnson & Johnson vaccine particles were present in test animals months after injection. 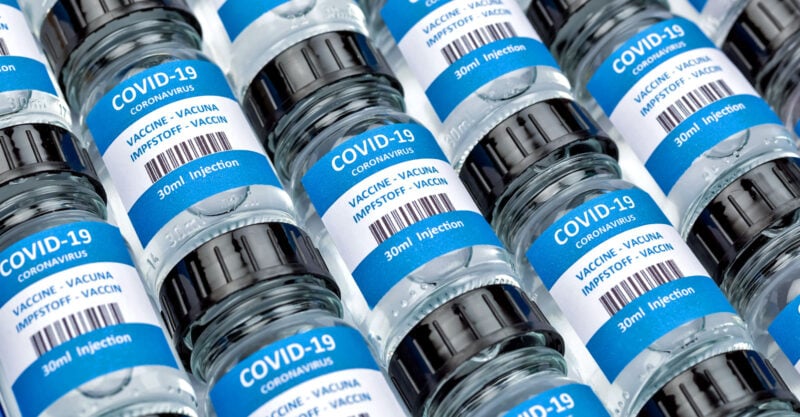 Judicial Watch today announced it received 466 pages of records from the U.S. Department of Health and Human Services (HHS) regarding biodistribution studies and related data for the COVID-19 vaccines that show a key component of the vaccines developed by Pfizer/BioNTech, lipid nanoparticles (LNPs), were found outside the injection site, mainly the liver, adrenal glands, spleen and ovaries of test animals, eight to 48 hours after injection.

The records also show that Johnson & Johnson, as part of its submission to the U.S. Food and Drug Administration (FDA) for approval of its COVID-19 vaccine, did not include studies of the spike protein encoded in the J&J vaccine.

Biodistribution is a method of tracking wherein compounds of interest travel in an experimental animal or human subject.

Judicial Watch obtained the records in response to a Freedom of Information Act (FOIA) lawsuit — Judicial Watch v. U.S. Department of Health and Human Services, No. 1:21-cv-02418 — filed after the FDA, the Centers for Disease Control and Prevention and the National Institute for Allergy and Infectious Diseases failed to respond to a June 8, 2021, FOIA request for:

“[A]ccess to biodistribution studies and related data for the Pfizer, Moderna, and Johnson & Johnson vaccines used to treat and/or prevent SARS-CoV-2 and/or COVID-19.”

The Pfizer records include a report, which was approved in February 2021, on the trials of the Pfizer COVID-19 vaccine in rat subjects.

In a section titled “Safety Pharmacology,” the report notes, “No safety pharmacology studies were conducted with BNT162b2 [the BioNTech vaccine] as they are not considered necessary for the development of vaccines according to the [World Health Organization] WHO guideline (WHO, 2005).”

Similarly, under “Pharmacodynamic Drug Interactions,” is this statement: “Nonclinical studies evaluating pharmacodynamic drug interactions with BNT162b2 were not conducted as they are generally not considered necessary to support development and licensure of vaccine products for infectious diseases (WHO, 2005).”

This Pfizer report notes that when lipid nanoparticles (LNPs) “with a comparable composition,” to that used in the Pfizer COVID vaccine were injected into rats, “Total recovery (% of injected dose) of LNP outside the injection site was greatest in the liver and was much less in the spleen, adrenal glands, and ovaries” … “in summary” … “the LNP distributes to the liver.”

In the detailed analysis, the report states:

“Over 48 hours, the LNP distributed mainly to liver, adrenal glands, spleen and ovaries, with maximum concentrations observed at 8-48 hours post-dose.

“Total recovery (% of injected dose) of LNP, for combined male and female animals, outside of the injection site was greatest in the liver (up to 18%) …”

This same Pfizer/BioNTech study notes, “No genotoxicity studies are planned for BNT162b2 as the components of the vaccine constructs are lipids and RNA and are not expected to have genotoxic potential (WHO, 2005).”

Similarly, the report states, “Carcinogenicity studies with BNT162b2 have not been conducted as the components of the vaccine construct are lipids and RNA and are not expected to have carcinogenic or tumorigenic potential.”

The conclusion of the study begins: “The nonclinical program demonstrates that BNT162b2 is immunogenic in mice, rats, and nonhuman primates, and the toxicity studies support the licensure of this vaccine.”

The report notes that “boost immunizations” were also being tested on the animals in the trial, and that: “Vaccine-related microscopic findings at the end of dosing for BNT162b2 were evident in injection sites and surrounding tissues, in the draining iliac lymph nodes, bone marrow, spleen, and liver.”

Also included in the Pfizer records is a report, approved in January 2021, titled “Pharmacokinetics Tabulated Summary.”

A table in the report shows the LPNs containing mRNA used in the vaccine using rats as the clinical trial subjects accumulating after 48 hours, especially in the lymph nodes, ovaries, small intestine and spleen.

A summary of a study, approved in November 2020, of LNP mRNA distribution in rats, sponsored by Acuitas Therapeutics, notes that the concentrations of the LNP mRNA saw “levels peaking in the plasma by 1-4 hours post-dose and distribution mainly into liver, adrenal glands, spleen and ovaries over 48 hours.”

Total recovery of radioactivity outside of the injection site was greatest in the liver, with much lower total recovery in spleen, and very little recovery in adrenal glands and ovaries.

The mean plasma, blood and tissue concentrations and tissue distribution patterns were broadly similar between the sexes and … did not associate with red blood cells, according to the study.

A September 2020 “Confidential” appendix to the clinical trial studies submitted for the Pfizer/BioNTech COVID vaccine (BNT162b2), titled “Justification for the absence of studies in CTD Module 4 (part of 2.4),” notes under “Safety Pharmacology” that “No safety pharmacology studies were conducted as they are not considered necessary according to the WHO guideline (WHO, 2005).”

And under “Pharmacodynamic Drug Interactions,” is written: “Nonclinical studies evaluating pharmacodynamic drug interactions were not conducted as they are not generally considered necessary to support development and licensure of vaccine products for infectious diseases (WHO, 2005).”

Under the heading “Genotoxicity,” the appendix states: “No genotoxicity studies are planned for BNT162b2 as the components of the vaccine constructs are lipids and RNA that are not expected to have genotoxic potential (WHO, 2005).”

Regarding “Carcinogenicity (including supportive toxicokinetics evaluations)” the appendix states:

“Carcinogenicity studies with BNT162b2 have not been conducted as the components of the vaccine constructs are lipids and RNA that are not expected to have carcinogenic or tumorigenic potential.

“Carcinogenicity testing is generally not considered necessary to support the development and licensure of vaccine products for infectious diseases (WHO, 2005).”

In a “Confidential” Pfizer study, approved in April 2020, looking at four COVID-19 vaccine variants, the company tested a vaccine with an RNA strand “that self-amplifies upon entering the cell.” It “encodes the Venezuelan equine encephalitis (VEE) virus RNA-dependent RNA polymerase (RDRP or replicase).”

In the same Pfizer study, the authors note, “Although liver function tests will be carefully monitored during the clinical development of these vaccines, BioNTech’s prior clinical experience indicates that the distribution to the liver does not pose a safety concern.”

Also, the Pfizer study authors note, “Based on previous nonclinical and clinical experience with the three RNA platforms, a beneficial safety profile is anticipated, and may include transient local reactions (such as swelling/edema or redness) and body temperature increases.”

The Johnson & Johnson records include a 2007 study of the biodistribution of an intramuscular-administered adenovector-based viral vaccine using New Zealand white rabbits, which showed that the vaccine accumulated in “the spleen, iliac lymph node, and the muscle at the site of injection.”

A biodistribution table included as an appendix to the 2007 rabbit study showed that the vaccine DNA particles were still present in the iliac lymph nodes 91 days after injection.

A chart of pharmacokinetics data from a November 2020 report of a study on “VAC31518 JNJ-78436735” (the Johnson & Johnson vaccine) on rabbits shows collection of the injected virus particles in the spleen and iliac lymph nodes up to three months later, as well as particles found in the skin and muscle at the injection site.

In a Nov. 4, 2020, report submitted to the FDA regarding the Johnson & Johnson COVID-19 vaccine, the authors discuss the 2007 New Zealand rabbit study in which adenovirus-vectored vaccine was trialed. However, they note, “No pharmacokinetic or biodistribution studies have been conducted with AD26.COV2.S specifically.”

The report notes that metabolism, excretion and pharmacokinetic interactions with other drugs were not studied in this trial because they are “not applicable to vaccines.”

The report also noted that “biodistribution studies have not been conducted with Ad26.COV2.S.”

A table in the report shows the vaccine virus continued to appear in the rabbits’ iliac lymph nodes 180 days after injection.

A June 2020 “Pharmacokinetics Written Summary” for the Johnson & Johnson COVID-19 vaccines notes that:

“These documents show why many Americans have concerns about whether the novel COVID vaccines that were developed at such an accelerated pace were tested properly and thoroughly,” said Judicial Watch President Tom Fitton. 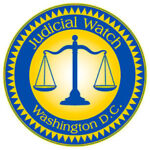 Judicial Watch, Inc. is a conservative, non-partisan educational foundation, which promotes transparency, accountability and integrity in government, politics and the law.