Comedian and political commentator Russell Brand asks his audience why Pfizer can’t release unredacted copies of its COVID-19 vaccine contracts with the EU, when the drugmaker plans to charge 10,000% above the cost of production for the vaccine. 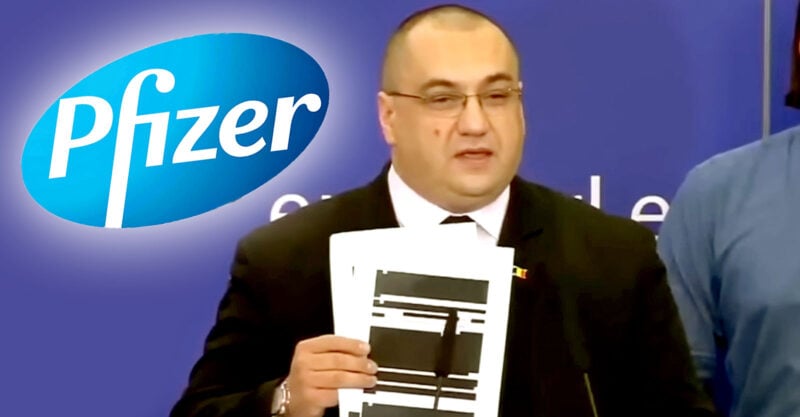 Pfizer executive Angela Lukin on Oct. 20 said the drugmaker plans to raise the price of its COVID-19 vaccines by about 400%, to $110 to $130 per dose, after the U.S. government’s purchase program expires — even though new estimates suggest the vaccines can be produced for as little as $1.18 a dose.

“Pfizer had their most profitable year and they’ve just jacked up the prices of their vaccine by 10,000%,” Russell Brand said in his latest video. “So we’re asking, how much profit do they need before they’ll release those bloody redacted pages?”

The comedian and political commentator was referring to a request by the European Parliament’s COVID-19 committee to see Pfizer’s contract with the EU for its COVID-19 vaccine. Pfizer handed over the documents — but with many pages completely redacted.

Not only that, but Pfizer’s CEO Albert Bourla, Ph.D., who was due to testify Oct. 10 before the committee, pulled out of the appointment, effectively refusing to answer any of the committee’s questions.

When the committee requested to review Pfizer’s contract with the EU for the COVID-19 vaccine, Bourla’s representative told the committee, “They can’t fully disclose these contracts because they have some ‘commercial secrets’ over there and they have to ‘protect their interests,’” member of the European Parliament (MEP) Cristian Terhes said on Oct. 12.

“Now I’m asking you: ‘What about the interests of our people?’” asked Terhes, who is also a human rights activist.

Terhes showed page after page of heavy redactions from Pfizer’s contracts that it handed over to the committee.

Brand made fun of Pfizer for bothering to share the heavily redacted documents with the public because they were “black as night” and showed no information. “What’s the point?” Brand asked.

“Just say, ‘We’re not going to show you.’ It’ll save your photocopier,” he added.

Brand also pointed out that according to a September 2021 report by Investigate Europe, negotiations between the EU and pharmaceutical companies for the COVID-19 vaccine happened behind closed doors.

“Why is this stuff all so shady?” Brand asked. “Why is it the contract has to be blacked out? Why are the deals happening in secret? This is supposed to be democracy.”

The report also stated that “new variants, international competition and darkness around manufacturing costs” allowed Pfizer-BioNTech and Moderna to “increase the bill for European taxpayers.”

“So this ‘darkness’ — these redactions, this lack of transparency,” Brand said, “increases their ability to glean profit without transparency.”

Lack of transparency and accountability to taxpayers creates a new tyranny, he said.

“They’re doing whatever they want to do and even this dude — an elected MEP— ain’t even able to get a straight answer.”

“Where’s the real power if an MEP can’t compel a CEO to turn up and offer an account after a global pandemic that’s seen record expenditure, record suffering and record profits?”