A study published in Neurotoxicology found exposure to common neurotoxic pesticides, including glyphosate, paraquat and chlorpyrifos, may increase the risk of amyotrophic lateral sclerosis, or Lou Gehrig's disease. 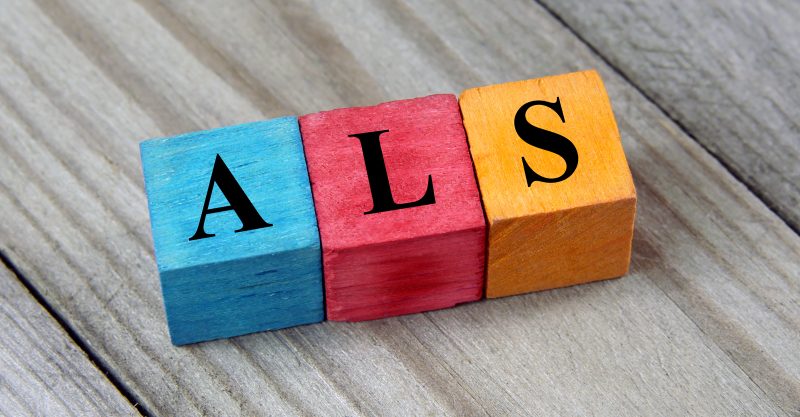 Every year, approximately 5,000 people in the U.S. are diagnosed with amyotrophic lateral sclerosis (ALS), or Lou Gehrig’s disease.

The malady extinguishes firing nerve cells, severing the highways between our brain and muscles. People progressively lose their ability to walk, talk, eat — and eventually their last breath — within two to five years. No one knows the causes, no one knows the cure.

But a study published in September in the journal Neurotoxicology sheds light on a potential contributor to the disease: pesticide exposure. By synthesizing available national data on ALS patients and pesticide uses, researchers found new supporting evidence that neurotoxic pesticide exposures could be risk factors for ALS.

Scientists believe that only 5% to 10% of the purported 16,000-plus ALS cases in the U.S. are due solely to genetics, with the rest likely caused by a synergy of genetic and environmental factors. “The question is what are those environmental factors?” Angeline Andrew, a neurology professor at Dartmouth-Hitchcock Medical Center and the lead author of the new study, told Environmental Health News (EHN).

Although not having established definitive links, previous studies suggest that environmental exposures, such as heavy metals, trace elements, radiation and pesticides, were possibly associated with the disease. Past epidemiological studies also showed self-reported or occupational pesticide exposures concur with an elevated number of ALS incidents. However, the individual pesticides that might be responsible for the increased ALS risk still remain unclear.

Filling in this gap, researchers in the new study conducted one of the most comprehensive studies to date investigating individual pesticides and their associated ALS risks, tapping into a nationwide healthcare claim database that contains 26,000 ALS patients.

By comparing ALS occurrences against estimated residential exposures to crop-applied chemicals — the exposure was inferred by the U. S. Geological Survey, which contains county-level data on the applications of 423 pesticides across the country — the analysis found that the patients diagnosed with ALS were 1.25 times more likely to have estimated exposure to pesticides and herbicides including 2,4-D, glyphosate, carbaryl, and chlorpyrifos, indicating exposures to these chemicals as a potential risk factor for ALS.

“There certainly was suspicion that pesticides may be related to the risk of ALS,” Marc Weisskopf, a neuro epidemiologist at Harvard T.H. Chan School of Public Health, who was not involved in the study, told EHN. The results of this study, he said, provided “another level of confidence” in linking the two together.

Additionally, the study narrowed down about two dozen herbicides, insecticides and fungicides that seemed to be associated with a higher incidence of ALS. To list a few:

Although how these chemicals could increase ALS risk is still unknown, some have previously shown neurotoxic effects on humans or animals and can, to some extent, impair motor-nervous systems. Glyphosate, for instance, has been found to sabotage the functions of mitochondria — cells’ powerhouses — in worms.

Mancozeb, a popular commercial fungicide in the U.S., was also discovered to be capable of undermining the neurons by disrupting mitochondrial functions in mice.

This study has limitations. For instance, the ALS statistics used were obtained from a healthcare claim database, which may not comprehensively represent ALS cases across the country.

Additionally, ALS patients’ geographical information in this database was limited to the first three digits of the zip code, which means some patients could have worked or moved to different residents within the same zip code range.

Similarly, the crop pesticide application data from the U. S. Geological Survey was only at the county level — pesticides applied to a county might not necessarily imply the chemicals were sprayed next to someone’s house.

Andrew told EHN that this study was “intended to develop new ideas, not necessarily answer any questions,” emphasizing that “[making] any causal inference to say that this particular pesticide definitely causes ALS would be incorrect.”

Dr. Stephen Goutman, a clinical neurologist and director of the Pranger ALS Clinic at University of Michigan Health who also studies the causes of ALS and was not involved in this study, told EHN that this study is “helpful” to the field, and the limitations are reflective of the shortcomings for ALS research.

Currently, the U.S. does not mandate ALS reporting at the national level, and Massachusetts is the only state that requires the disease to be registered. Although the Centers for Disease Control and Prevention has a National ALS Registry, participation and input from clinicians and patients are also voluntary.

Goutman thinks building a more comprehensive database of ALS patients and their disease history, and ensuring researchers get access to that information, could help future studies and propel the understanding of this merciless disease.

“I think this is a really important study,” said Goutman. “It continues to build a story about the role of pesticides as a risk factor for ALS.”