Climate change can exacerbate the health effects of toxic air pollutants in vulnerable populations such as children, the elderly and those with asthma or cardiovascular disease. 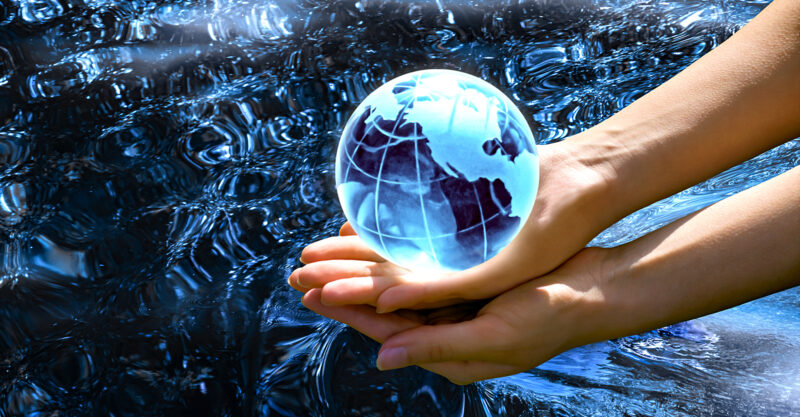 Climate change affects all Americans, but people of color and low-income communities are hit first and worst. For Emma Woods of Springfield, Mass., this wasn’t news.

In 2018-2019, Springfield ranked as the asthma capital of the U.S., according to the Asthma Allergy Foundation of America, and it now has the twelfth-highest asthma rate in the nation.

Climate change can exacerbate the health effects of toxic air pollutants in vulnerable populations such as children, the elderly and those with asthma or cardiovascular disease.

Yet the communities most affected by environmental hazards are rarely engaged in decision-making that affects their lives and health.

That’s why Woods and her neighbors are stepping up. Together, they formed a coalition called Live Well Springfield, which is working to build and sustain a culture of health in the era of climate change.

Woods, a retired educator, connected the dots between environment and health decades ago. “When I lived in public housing as a young child, we had garbage incinerators, and a lot of the people that lived there had asthma,” she said.

Woods’ husband — who had also lived in public housing — developed chronic obstructive pulmonary disease, though he was not a smoker. He died of COVID pneumonia early in the pandemic.

Like so many others, Woods’ husband was likely more vulnerable to COVID because of his exposure to air pollution.

“I wanted to understand why this was happening,” said Woods, “and I wanted to stay involved for the long haul.”

Coalition members believe that those closest to the environmental problem are best positioned to understand them — and to develop solutions.

So, they draw neighbors in with community conversations, surveys and workshops to gather input and feedback. One especially innovative strategy is to hire “resident advocates” who collect a small stipend to educate and engage neighbors.

Amari Dewberry serves as one of those resident advocates, bringing to the Coalition her lived experience of the changing climate.

At a recent community Jazz and Roots festival, Dewberry took to the stage, urging her neighbors to get involved with climate action work.

“I need you, my people of color, to understand that this concerns you first,” said Dewberry. “When your living environment becomes unlivable, what do you think will happen to you?”

Dewberry and other resident advocates engage with residents in the places where they live, work and playmaking it easier to get involved.

“The greatest value of our coalition work is that it’s centered around residents,” said Rusty Polsgrove, community organizer at Arise for Social Justice, a Coalition partner.

“Our community cares about climate change and public health but sometimes we don’t have the time or resources to take action, and this coalition allows residents to take action against environmental racism.”

For Woods, taking action means reaching out to neighbors on the street where she has lived for 30 years. “I’m always throwing little things in their mailbox to let them know what’s going on in the community,” she said.

“I told them about climate change. A lot of people say, ‘hey, you ain’t gonna change nothing.’ But little by little, I see some changes.”

Making change on climate and health

Working closely with residents, Live Well Springfield has identified two policy changes that would have a significant impact on climate and health.

Second, a citywide Race and Health Equity Impact Assessment Requirement would scrutinize the impacts of all new developments, budgets, and policies on different populations.

The Coalition has support from the city council to advance both priorities.

The second priority is moving rapidly ahead. Amid the racial reckoning of 2020, Springfield Mayor Dominic Sarno declared racism a public health crisis and established an Office of Racial Equity.

The Office is creating a strategic plan and strategies to improve conditions that negatively impact communities of color, eradicating racial and social injustices to attain health equity across all residents of Springfield.

The Coalition is now working with city officials to align its strategies with city efforts.

“Having residents lead our policy change work grounds the actions we are advancing in the real lives of people who are served by our local government,” said Catherine Ratte, principal planner at the Pioneer Valley Planning Commission, another Coalition partner.

“It transforms the way the work is understood and exponentially increases the urgency of action in the eyes of our elected officials and city staff.”

Change cannot happen without the people most impacted at the table, and efforts toward systemic change begin with transparency. That is why the Coalition seeks to build a clear, transparent community engagement and shared decision-making process that transforms communities.

Of course, effective community engagement requires residents who understand the systemic issues affecting them and the workings of local government.

According to Bea Dewberry, community building and engagement manager at Way Finders (and mother of resident advocate Amari Dewberry), the workshop “offers an opportunity for residents to come together with stakeholders, elected leaders, and others to share information, learn together and strategize to address issues that personally affect them, their family, and their community.”

“We recognize that residents’ civic muscle is their strength,” Dewberry said. “When they come together and assert that power collectively, positive changes are the end results.”

On the horizon, the Coalition’s resident advocates will work with arts and culture partners to create a climate justice mural and platforms to promote the importance of climate change.

The Coalition will also address other threats, including biomass development and pipeline expansion, which endanger the progress made thus far toward a healthier Springfield.

With shared understanding, solidarity and civic muscle, the members of Live Well Springfield are ready to take on climate change and other emerging health threats.

“We are headed towards a community that thinks critically around their interests and engages in making changes,” said Ernesto Cruz, community organizer at Coalition partner Neighbor to Neighbor.

Live Well Springfield offers an innovative model of the future direction of multi-sector climate justice coalitions. Indeed, the Coalition will share its work with other public health professionals at the 2022 National Network for Public Health Institute Conference.

Perhaps most importantly, Live Well Springfield shows how those hit first and worst by climate change can take the lead in building a greener, healthier future.

As Woods put it, “We have to stand for what’s right. Some of them have passed on, trying to stand up. But I want my legacy to be that I gave a good fight to help out my people all over the community.”

Samantha Hamilton has more than 18 years of experience as a community organizer in the City of Springfield, Mass. Through her work with community organizations, city officials, and regional partners, Hamilton has helped Springfield earn triple designations as an Age-Friendly city, Dementia Friendly city, and an Age-Friendly hospital system. A two-time alumna from American International College, Hamilton earned her BA in Business Management and a Master’s in Counseling Psychology from the Springfield-based institution.