Set to take effect Dec. 31, 2021, the ban is an important recognition by the nation’s fourth most populous state that the EPA is not adequately protecting people and the environment from hazardous pesticides. 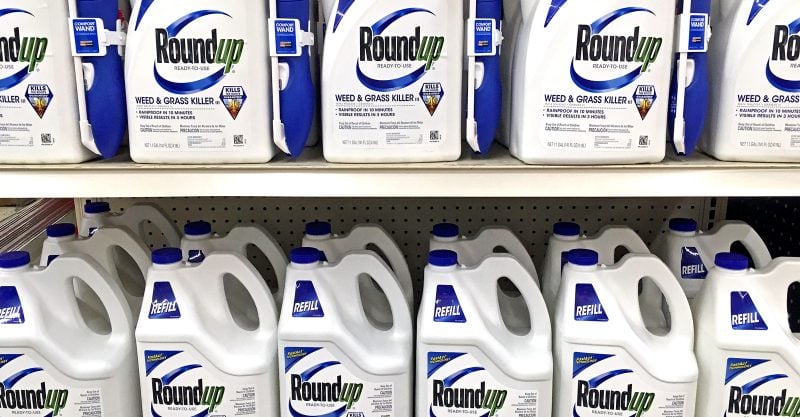 New York State is set to prohibit on Dec. 31, 2021, the use of glyphosate on all state property after Governor Andrew Cuomo signed bill S6502A/A732b late last year.

The state legislature passed the legislation in July, 2020. The move is an important recognition by the nation’s fourth most populous state that the U.S. Environmental Protection Agency (EPA) is not adequately protecting people and the environment from hazardous pesticides (pesticide is an umbrella term that includes insecticides, herbicides, fungicides, etc). However, the law’s ability to improve these protections will depend significantly upon the management approach that replaces glyphosate use.

“A transition away from Roundup and other glyphosate-based pesticides must reject the use of regrettable substitutes, and embrace sound organic principles and practices,” said Jay Feldman, executive director of Beyond Pesticides. In pest and weed management, regrettable substitutions occur when one toxic chemical is banned or restricted, and another hazardous pesticide is simply used in its place. The substitution may have a different chemical formulation, mode of action, and set of health and environmental impacts, but nonetheless fills the same role as Roundup/glyphosate when it comes to weed management.

When the answer to eliminating glyphosate is to switch to another herbicide like 2,4-D, glufosinate, triclopyr, or dicamba, the message is not getting across, and more education and advocacy is needed, advocates say. A chemical-intensive approach focuses on treating symptoms — pests and weeds, but ultimately undermines a land manager’s capacity to address these problems naturally. This is because synthetic pesticides (and fertilizers) harm soil life, while an organic approach to land management focuses on enhancing soil health by nurturing soil biology.

A natural, organic approach focuses on pest prevention, addressing the root causes of pest problems by promoting soil health. Healthier soil grows healthier plants, which will be more resilient in the face of pest and weed intrusions. In turfgrass, this includes an emphasis on cultural practices, such as mowing high, aeration, over-seeding, and use of natural soil amendments like compost. To manage weeds and pests in natural areas, ecological assessments are conducted, and importance is placed on mechanical and biological management. Biological management approaches have the potential to adequately address a number of problematic pests and plant species. Goats have been used throughout the country to manage opportunistic weeds on natural lands and, with their hoof action, urine, and droppings, they can help restore and stabilize soil health.

As more and more states and communities consider restrictions on glyphosate use, they are considering next steps, and how these laws are implemented. While it is possible for the elimination of one chemical to prompt a change toward natural, organic practices, a more comprehensive approach can remove the guesswork. Beyond Pesticides strongly encourages a comprehensive policy approach that eliminates not only glyphosate, but all hazardous pesticides registered by EPA with restrictions that only allow the limited use of organic compatible products as a last resort.

EPA’s failure to act on the dangers posed by glyphosate is one example in a long string of breakdowns by the agency to safeguard public health and the wider environment. Despite strong evidence of glyphosate’s carcinogenicity published by the World Health Organization, and multi-million dollar jury verdicts for those harmed by glyphosate use, the current administration not only defends glyphosate at home, but has acted on behalf of industry to flack the chemical abroad.

Critics have pointed to the controversy surrounding glyphosate as merely the visible part of a massive iceberg of regulatory failure. Beyond Pesticides is calling on President-elect Biden and Congress to clean up the corruption of science at EPA and place a hard stop on all future pesticide registrations until the agency can ensure the science behind these registrations are sound. Readers can join Beyond Pesticides in sending a letter today.

If the failure to fully regulate glyphosate is symptomatic of the institutional government weaknesses in taking protective action on toxic chemicals, then organic practices and compatible inputs are the only solution. Learn more about the benefits of organic land management on Beyond Pesticides Lawns and Landscapes webpage.