The U.S. government program that processes claims for COVID vaccine- and countermeasures-related injuries, the Countermeasures Injury Compensation Program, will issue compensation for its first claim. It’s unknown if the claim is related to a vaccine or some other medication or device related to the diagnosis or treatment of the virus. 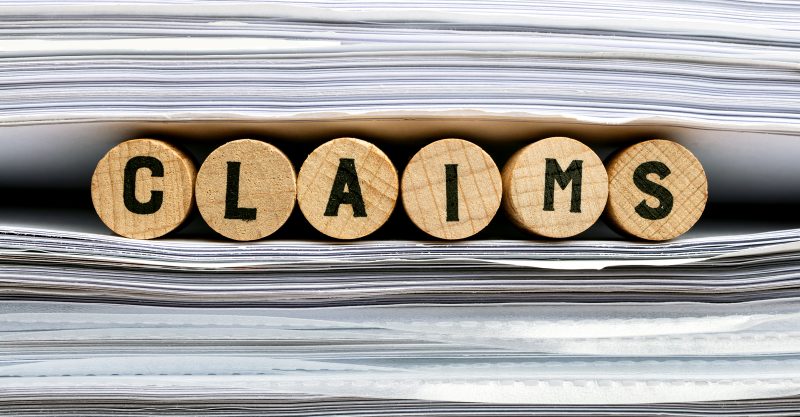 The U.S. government program that processes claims for COVID vaccine- and countermeasures-related injuries will issue compensation for its first claim.

According to the Countermeasures Injury Compensation Program (CICP) website, “[o]ne COVID-19 claim has been determined eligible for compensation and is pending a review of eligible expenses.”

The website cites data aggregated by the CICP as of Nov. 1, the most recent date for which information regarding such claims is available as of this writing.

CICP did not reveal the terms of the compensation.

Confirmation of the claim comes almost a year after distribution of the vaccines began and after 965,843 reports of adverse events following COVID vaccines were submitted to the Vaccine Adverse Event Reporting System (as of Dec. 10).

However, it is unclear whether the claim that will be compensated pertains to a reaction to a COVID vaccine, or to some other COVID-related treatment, The Epoch Times reported.

The CICP was established under the aegis of the Public Readiness and Emergency Preparedness (PREP) Act of 2005. The PREP Act was developed to coordinate the response to a “public health emergency.”

The law is scheduled to remain in place until 2024.

The CICP program focuses on countermeasures, such as “a vaccination, medication, device or other item recommended to diagnose, prevent or treat a declared pandemic, epidemic or security threat.”

The CICP allows individuals to claim compensation for lost wages and for medical expenses not fully reimbursed by insurance or government programs, such as Medicaid.

Individuals also can claim death benefits for someone who died as a result of a countermeasure.

The program is run by the Health Resources & Services Administration (HRSA), an agency of the U.S. Department of Health and Human Services.

It is separate from the National Vaccine Injury Compensation Program (VICP), which covers injuries related to vaccines that are routinely administered to children and pregnant women.

The CICP is known for its cumbersome claims process and low likelihood of success for claimants. To date, under 4% of petitioners have been compensated under the program.

A total of $500 million reportedly was appropriated to the CICP for COVID-related claims.

Of these, 4,751 pertain to COVID, including 2,297 claims related to COVID vaccines, and 2,454 for other countermeasures.

The sharply increased caseload resulted in a significant backlog, exceeding 4,000 claims. According to HRSA data, as of Nov. 1, only three COVID-related claims were dismissed, and one additional claim will be compensated pending review.

The complicated claims filing procedure may dissuade individuals from attempting to seek compensation through the CICP.

Wayne A. Rohde, author of “The Vaccine Court,” argued CICP is ill-equipped to handle a large number of cases.

“Without proper funding and staffing, the backlog will grow exponentially quickly … The CICP was never [set up] to handle a large-scale pandemic,” Rohde said.

By comparison, Rohde referenced a 2014 report by the U.S. Government Accountability Office indicating more than half of claims filed with the NVICP program took more than five years to adjudicate.

As Rohde put it, “[t]his scenario in the CICP could make the ugly backlog of the NVICP appear to be minuscule.”

The CICP’s numbers, which also do not include November and December claims, may increase further if and when the program develops a countermeasures injury table. This would allow claims to be filed one year from the effective date of the table of claims, even by individuals who had previously filed claims that were denied.

According to David Bowman, HRSA public affairs specialist, such a table “will be developed when there is sufficient data to meet the compelling, reliable, valid, medical and scientific evidence,” standard indicating the covered countermeasure directly causes a particular injury.

The slow rate of processing claims in the U.S. can be compared with Japan, where as of August, 29 of 41 claims of injury following a COVID vaccine were paid out.

Vaccine and countermeasure injury claims rarely make the news. And because most claims are settled via negotiation instead of the judicial system, details and terms typically remain undisclosed to the public.

The PREP Act, under which the CICP is authorized, protects not just the manufacturers of vaccines and other treatments, but the entire chain of individuals and entities involved in the administration of COVID-related vaccines and countermeasures.

A case before the Georgia Court of Appeals highlights this distinction. Arbor Management Services LLC v. Carlos Hendrix et. al. involves the operator of an Atlanta nursing home who was sued after a resident died of COVID on its premises.

The nursing home operator claimed, under the broad scope of immunity provided for under the PREP Act, measures such as social distancing and administrative decision-making are covered.

Based on this premise, a St. Patrick’s Day party organized by the nursing home was classified by attorneys as a “countermeasure” on the basis of balancing the mental health needs of the home’s residents with restrictions placed on visitors to the home.

According to attorney William James Atkins, representing the plaintiffs in the case, the PREP Act requires a direct causal connection between the countermeasure and the injury or death, in order for immunity to be granted under the Act.

Without such a connection, there is no legal immunity and the plaintiff’s lawsuit may proceed, Atkins said.