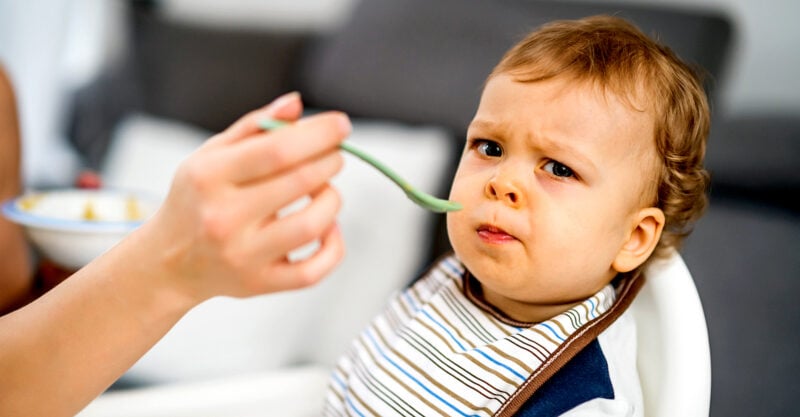 Almost all of the baby foods that parents in the United States feed their children, whether purchased at the store or prepared at home, contain detectable amounts of toxic heavy metals that can impair brain development, according to new research published last week, which led to renewed demands for improved regulation.

A previous study by Health Babies Bright Futures (HBBF) found that 95% of pre-packaged baby foods tested were contaminated with toxic heavy metals including lead, arsenic, cadmium and mercury, sparking a congressional investigation and conversations about whether homemade baby foods are a safer alternative.

In an effort “to determine if homemade purees and foods purchased outside the baby food aisle have lower heavy metal levels than pre-made, store-bought baby food,” the donor-funded alliance of scientists and nonprofits recently tested 288 foods and examined more than 7,000 additional food tests from published studies.

“Heavy metal levels varied widely by food type, not by who made the food,” notes the analysis from HBBF, which seeks to reduce infants’ exposure to damaging neurotoxins.

The alliance’s key findings include:

Mark Corkins, chair of the Committee on Nutrition for the American Academy of Pediatrics (AAP), considers the Aug. 11 study to be a logical follow-up to the one that HBBF conducted in 2019 — after which many experts encouraged parents to switch to homemade options.

With the publication of its new report, HBBF has “come back and said… ‘We sent shoppers into all sorts of stores and guess what? The food you’re making it from is high in heavy metals as well,'” Corkins told The Hill.

In a statement released in response to the report, the AAP reiterated its call for “swift, comprehensive federal regulation of heavy metals in foods that babies eat.”

“In the meantime,” the group added, “families can reduce exposure by feeding babies a variety of foods.”

The House Subcommittee on Economic and Consumer Policy revealed last February that leading baby food manufacturers are “knowingly” selling products tainted with “dangerous levels” of arsenic, lead, cadmium and mercury — heavy metals that the U.S. Food and Drug Administration (FDA) and the World Health Organization have declared a human health hazard, particularly for infants and toddlers who are most vulnerable to their serious, often irreversible and sometimes deadly effects.

To date, however, the FDA has set limits for heavy metals in just two types of baby food: infant rice cereal and juice. The agency’s Closer to Zero plan identifies steps the agency “will take to reduce exposure to arsenic, lead, cadmium, and mercury from foods eaten by babies and young children — to as low as possible.”

But as HBBF pointed out on social media, the FDA is moving at a snail’s pace to take meaningful action, jeopardizing the neurological development and long-term health of countless babies.

Currently, the FDA’s deadline to propose draft action levels for arsenic is April 2024.

Our study on heavy metals in baby food came out in 2019, and every day that the FDA delays is another day babies’ developing brains are harmed by toxic chemicals. https://t.co/sVFX9wkdx3

The alliance has started a petition calling on FDA Commissioner Robert Califf to urgently “end the legal contamination of baby food” and “improve the future of our country” by moving his agency away from “business as usual.”

“Parents shouldn’t have to worry about the safety of their babies’ meals and snacks,” Houlihan said in a statement.

“But until the FDA sets protective limits, the good news is that parents can skip and swap out certain foods to limit toxic chemical exposures.”

HBBF advocates for what it calls a two-pronged “Kitchen and Country” approach.

“Until foods with reliably low heavy metal levels are widely available, parents can choose and prepare foods in ways that significantly reduce babies’ exposures,” states the report, which is accompanied by a two-page tip sheet for caregivers.

“The most important step,” says the report, is to “introduce and serve a variety of healthy foods, whether baby food brands or homemade foods. Serving the same food every day for a long time can accidentally concentrate one or more contaminants in a child’s diet. A varied diet avoids this and ensures a healthy mix of nutrients too.”

But the burden shouldn’t fall on parents “to navigate the risks,” the report says. “FDA should establish and enforce protective limits for heavy metals in all foods consumed by babies and young children.”

“Heavy metal contamination spans all the food aisles of the grocery store,” the report points out. “FDA’s safety standards must as well. Standards extending beyond the baby food aisle would encompass foods eaten during pregnancy as well, a crucial time for lowering toxic metal exposures.”

In a statement, Brody said that “FDA’s Closer to Zero program needs to live up to its name and set limits that will make the heavy metal contamination of our food much closer to zero.”

“To get the levels of heavy metals meaningfully closer to zero,” she added, “FDA must go beyond the baby food aisle and set strong standards for these contaminants.”