A new study shows the U.S. West’s 2020 fire season pushed ecosystems to levels of burning not seen in at least 2,000 years — a sobering example of how climate change is altering ecosystems on which lives and economies depend. 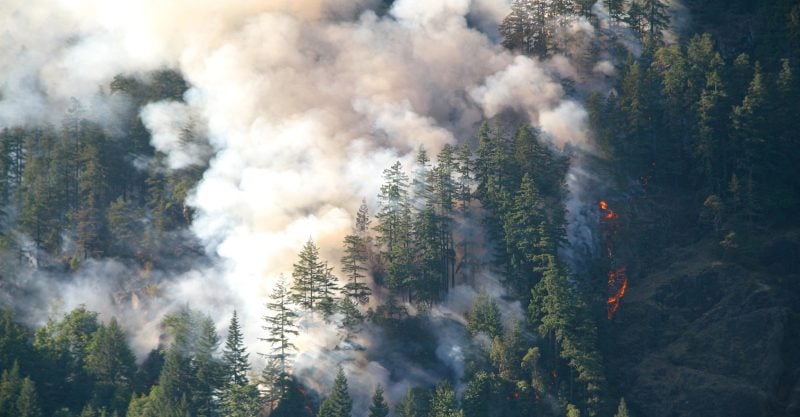 The exceptional drought in the U.S. West has people across the region on edge after the record-setting fires of 2020. Last year, Colorado alone saw its three largest fires in recorded state history, one burning late in October and crossing the barren Continental Divide well above the tree line.

That evidence, which we describe in a study published June 14, 2021, serves as a sobering example of how climate change is altering the ecosystems on which lives and economies depend. A previous study nearly a decade ago warned that by the mid-21st century, climate warming could increase burning past historical levels and transform some Rocky Mountain forests. Our results show such changes in fire activity are now underway.

As paleoecologists — scientists who study how and why ecosystems changed in the past — we’ve spent decades researching how wildfires, climate and forests change over time.

We used to be able to look to the past when rare events like large wildfires occurred and say “we’ve seen this before and our ecosystems have generally bounced back.” In the last few years, however, it’s become increasingly clear that many ecosystems are entering uncharted territory.

Witnessing the exceptionally large fires burning in high-elevation forests in 2020, unusually late in the season, we wondered if we were experiencing something truly unprecedented.

In Colorado and Wyoming, the largest fires of 2020 were burning in a region where our research teams have spent over 15 years developing records of fire history and ecosystem change from materials preserved in the bottom of lakes. This work has centered on understanding how climate change might one day affect wildfires. We looked to those records for an answer.

Evidence of past fires preserved in lake sediments

When a fire burns a forest, it sends tiny bits of charcoal into the air. If a lake is nearby, some of that charcoal will settle to the bottom, adding to the layers that build up each year. By plunging a long tube into the mud and extracting a core, we can examine the history of the surrounding landscape — revealed in the layers of everything that sank to the bottom over thousands of years.

Carbon dating of tree needles and twigs helps us determine the age of each layer in a core. Pollen preserved in the sediments can tell us what grew nearby. And dense charcoal layers tell us when fires burned.

We used such records of past fires preserved in the sediments of 20 lakes in the central Rocky Mountains. In total, the dozens of researchers who helped analyze these cores counted over 100,000 tiny charcoal pieces, within the thousands of 0.5-centimeter layers of lake sediments examined. Identifying distinct increases in charcoal accumulation within the cores allows us to estimate when fires burned around a lake, and compare today’s patterns to those of the distant past.

The result: The extensive burning over the 21st century is unprecedented in this region in the past 2,000 years.

Burning nearly twice as often as in the past

We estimated that fires burned the forests around each lake once every 230 years, on average, over the past 2,000 years. Over just the 21st century, the rate of burning has nearly doubled, with a fire now expected to burn a given spot once every 117 years.

Even more surprising, fires in the 21st century are now burning 22% more often than the highest rate of burning reached in the previous 2,000 years.

That previous record was established around 1,100 years ago, during what’s known as the Medieval Climate Anomaly. The Northern Hemisphere at that time was 0.3 C (0.5 F) warmer than the 20th century average. Subalpine forests in the central Rockies during the early Medieval Climate Anomaly burned on average once every 150 years. To put that period’s temperature into perspective, the Northern Hemisphere in 2020 was 1.28 C (2.3 F) above the 20th century average.

In an earlier study based on a subset of the same records, the Medieval Climate Anomaly stood out as a harbinger of what could happen as Rocky Mountain forests warmed. Research in the boreal forest of central Alaska has also documented unprecedented burning in recent decades.

Climate change is the culprit, with accomplices

Research clearly links recent increases in fire activity across the West to increasingly warm, dry summers and human-caused climate change. Our evidence shows that the rate of burning over the past 2,000 years also tracked smaller variations in the climate in the central Rockies.

Warmer, drier conditions make vegetation more flammable, loading the dice for the possibility of large fires. Human activities, a history of suppressing most fires and insect-killed trees all affect when, where and how fires burn. These influences vary across the West and each is layered on top of the warmer, drier conditions of the 21st century.

Adapting to a future unlike the past will be a significant challenge for land managers, policy makers and communities. Reducing the threats of increasing wildfires requires both combating climate change and learning to live in ways that help make our communities more resilient to our fire-prone future.