Former ‘Will & Grace’ Star on Vaccine Mandates: ‘We Cannot Comply Our Way Out of This’

Former “Will & Grace” actress Leigh-Allyn Baker and Brian Hooker, Ph.D., host of CHD.TV’s “Doctors & Scientists,” discussed the sacrifices Baker made in order to fight for her vaccine-injured children’s health, safety and freedom. 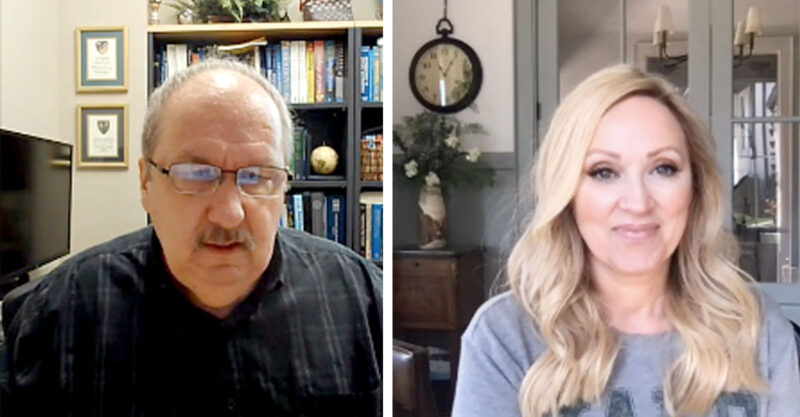 Former “Will & Grace” actress Leigh-Allyn Baker moved last year from Los Angeles to Tennessee after California eliminated medical exemptions for vaccines — only to find herself fighting her local Tennessee school board for exemptions for her two vaccine-injured children.

“I realized, ‘Oh, wait a second, the same shenanigans that went on there are going on here,’” Baker said. “‘I have jumped from the frying pan to the fryer.’”

Baker appeared on CHD.TV’s “Doctors & Scientists,” where she and host Brian Hooker, Ph.D., discussed the sacrifices she made in order to fight for her children’s health, safety and freedom.

“I did a lot of work [for] Disney, and Disney was very loyal to me,” she said. “I know there’s a lot of heat on Disney right now, but my work experience at the time — what I experienced — was really great.”

But her career at Disney came to a screeching halt when she started advocating for medical freedom to protect her children from the COVID-19 vaccine, Baker told Hooker.

She knew “it was over,” she said, when she came out about her children being vaccine-injured on “The HighWire” with Del Bigtree and at an event run by The Truth About Cancer.

“Everyone says they’re really into diversity — unless you want a vaccine-injured child represented, and then diversity is completely off the table,” Baker said.

Baker spoke at the Williamson County (Tennessee) School Board meeting in August 2021 about her two vaccine-injured children and said she would not put a mask on them “because they need oxygen.”

She said she had no idea she was being filmed until her mother called and told her she was on “Inside Edition.”

Baker said she spoke at four different school board meetings in Los Angeles and had never been put on television or had to deal with a “viral incident.”

After “Inside Edition” accused her of “storming out of the room after her anti-mask rant,” the media outlet later emailed Baker, saying, “We are so sorry that you have vaccine-injured children, your story deserves to be told, we would like to interview you.”

After watching the clip of Baker’s statement, Hooker commended her for speaking out. “What you said was spot on,” Hooker said. “It was delivered and executed so amazingly.”

Hooker asked Baker how her Hollywood colleagues and friends in Tennessee responded to her speaking out.

“Let’s just say I have lots of friends in Tennessee and almost none in California,” Baker replied.

Baker also said she was confronted in public and received death threats over her stance.

“I’ve had to completely change my life, but that’s what a mother does, because my kids mean way more to me than any career, any job, than any friends,” she said. “My family comes first. I’m going to protect my kids at all costs.”

Baker said she’s thankful for the support she received from people of all different religious backgrounds. She has also received several emails from vaccine-injured children, thanking her for standing up and speaking out for them.

As the father of a vaccine-injured adult son who needs 24-hour care, Hooker said he fully understands the risks that come with a vaccine mandate.

He also said he’s thankful for federal laws, such as the Americans with Disabilities Act and the Individuals with Disabilities Education Act, which ensure his son continues to receive essential services from the State of California even though he is unvaccinated.

However, he said, “You worry, and you think about this every single day.”

“We cannot comply our way out of this,” she added.