Newly released emails reveal that leadership within the Centers for Disease Control and Prevention and National Institutes of Health acted to prevent the release of long-delayed review of fluoride’s toxicity by the National Toxicology Program. 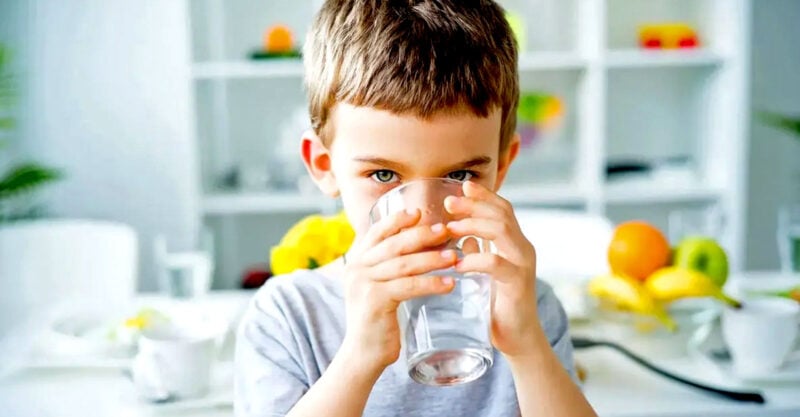 Newly released emails reveal that leadership within the Centers for Disease Control and Prevention (CDC) and National Institutes of Health (NIH) acted to prevent the release of long-delayed review of fluoride’s toxicity by the National Toxicology Program (NTP).

The emails specifically claim that Assistant Secretary for Health Rachel Levine intervened to stop the release of the NTP review, also known internally as a monograph.

“The latest we heard (yesterday) is that ASH Levine has put the report on hold until further notice.”

The emails were released as part of the ongoing legal dispute between the U.S. Environmental Protection Agency (EPA) and plaintiffs Food & Water Watch, the Fluoride Action Network and others who are seeking an end to water fluoridation.

Throughout the historic lawsuit, the plaintiffs have argued that the practice violates the EPA’s Toxic Substances Abuse Act.

Hearings for the lawsuit began in June 2020 but were delayed for more than two years after U.S. District Court Judge Edward Chen put the proceedings on hold pending the release of the NTP’s review of all of the available research on fluoride.

The NTP had previously claimed the review would be available in May 2022. However, the review has not been made public and hearings have been delayed and rescheduled as the judge awaited the NTP’s conclusions.

In late October 2022, Judge Chen ended the two-year stay on the lawsuit when he ruled that the NTP review could be viewed in its unpublished form to better inform his final decision. However, due to concerns from the EPA, Judge Chen ruled that the report could not be made public unless the NTP releases it.

On Dec. 14, 2022, the plaintiffs filed several exhibits with Judge Chen, including a redacted version of the NTP’s assessment of fluoride’s neurotoxicity and internal emails between the CDC and the NTP which were obtained via Freedom of Information Act requests.

What do the #FluorideEmails reveal?

Michael Connett, attorney for the plaintiffs, outlined the findings of the emails in several exhibits submitted to Judge Chen. “These emails confirm that the NTP considered the May 2022 monograph to be the NTP’s final report,” Connett writes.

“They also confirm that the CDC was opposed to the NTP releasing the report, and that leadership at the top levels of the Department of Health Human Services intervened to stop the report from being released.”

As Connett notes, on April 28, 2022, Dr. Mary Wolfe, the director of NTP’s Office of Policy, Review and Outreach, emailed Casey Hannan, the director of CDC’s Division of Oral Health, and stated that the NTP’s “analysis and conclusions are set.”

Wolfe also let Hannan know that the NTP had reviewed the CDC’s submitted comments, but still planned to release the review “mid/late May” 2022.

In a May 11, 2022 email, Wolfe again notifies Hannan and the CDC that the NTP has “set May 18, 2022, for publication of the monograph. The monograph will be posted to the NTP website, and we will email a notice of the posting to NTP listserv subscribers.”

However, later that day and the following day, Dr. Karen Hacker, the director of CDC’s National Center for Chronic Disease Prevention and Health Promotion, tells Wolfe that there is concern within the CDC about publishing the NTP review without an additional review by “NIH leadership.”

Hacker also asked about the potential of a “interagency review” by the Department of Health and Human Services (HHS).

Wolfe subsequently told the CDC that “we (the NTP) believe the current findings, as stated in the monograph, reflect the scope of our evaluation and the available scientific literature and no revision is needed.”

Meanwhile, while Wolfe was defending the work of the NTP, internal emails among officials at the CDC’s Division of Oral Health reveal that the CDC was already preparing to prevent the release.

“The May 18 release date for [the monograph] is almost certainly not going to happen. OASH and NIH OD are pretty clearly going to get more involved.”

OASH is a reference to the Office of the Assistant Secretary of Health, the second highest office in the Department of Health and Human Services, while NIH OD refers to the NIH’s Office of the Director, the highest office within the NIH. The current Director of the NIH is Lawrence A. Tabak.

Jay Sanders, education & outreach director with the Fluoride Action Network, told The Last American Vagabond he believes the emails “reveal a concerted effort at the highest level of the U.S. public health bureaucracy to squash a key report on fluoride neurotoxicity.”

Sanders also stated the emails “show the lengths these agencies are willing to go to to protect their pet project, fluoridation, from any scientific scrutiny.”

Together with the June 3, 2022, email, these communications point to direct intervention from the head of the NIH and the assistant secretary for Health at the Department of Health and Human Services.

The emails confirm what has long been suspected. Namely, that government officials at some level were preventing the release of this important review on the toxicity of fluoride.

The CDC interference comes on top of an already unusual process employed by the NTP to evaluate the data on the safety of water fluoridation.

“This report, which has now been reviewed four times, is now going to be reviewed a fifth time by the NTP,” Fluoride Action Network attorney Michael Connett stated during the October 2022 hearing.

“There will be at least five separate peer review processes extending over four years. This is, to put it mildly, exceptionally unusual.”

Derrick Broze, a staff writer for The Last American Vagabond, is a journalist, author, public speaker, and activist. He is the co-host of Free Thinker Radio on 90.1 Houston, as well as the founder of The Conscious Resistance Network & The Houston Free Thinkers.