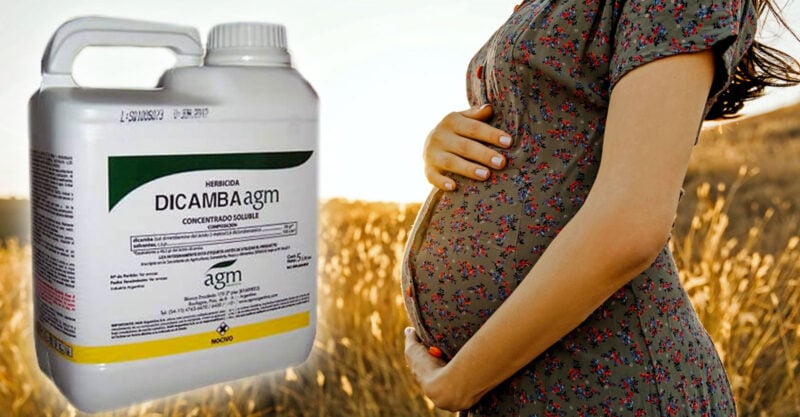 Dicamba levels in urine have risen dramatically compared to levels of 2,4-D.

Both herbicides are classified as “possible” carcinogens and are known to increase the risk of reproductive problems and adverse birth outcomes.

The percent of urine samples with detectable levels of dicamba rose 50% from 2010-2014 to 2020-2022 as a result of the widespread planting of dicamba-tolerant crops.

The above new evidence of rising herbicide exposures was presented on Nov. 8 at the annual meeting of the American Public Health Association in Boston.

HHRA now has glyphosate and glufosinate results from the analytical lab they are working with, the Centre de toxicologie du Québec (CTQ) in Canada for around 700 samples spanning 2010 through mid-2022. HHRA also has data from CTQ for another 13 pesticide analytes from about 150 samples collected from 2010 through spring 2022.

These results include the levels of 2,4-D and dicamba in the urine of pregnant women.

HHRA is highlighting the new data on dicamba and glufosinate because, these are the first, significant datasets collected worldwide on levels of these herbicides in human urine.

Such data are essential for regulators, farmers and the pesticide industry to accurately quantify pesticide risks and when determining whether steps are warranted to reduce exposures.