Cryptocurrencies Are Next Frontier for Surveillance State + More

The Defender’s Big Brother NewsWatch brings you the latest headlines on related to governments’ abuse of power, including attacks on democracy, civil liberties and use of mass surveillance.

Cryptocurrencies Are the Next Frontier for the Surveillance State

At first, it might have sounded like manna from heaven. Chinese authorities announced they would be distributing more than $1 million to a select number of citizens, as part of a test of its new currency: a digital yuan that could be easily spent almost anywhere. Reports out of China showed happy recipients using “digital wallets” to buy groceries with their free money and marveling at how “smooth and fast” the system worked.

But there was a hitch or two, pointing to the thorny complexities of this new foray into digital monetary policy. First, recipients of the digital yuan had only a couple of weeks to spend their money; otherwise, it would disappear as mysteriously as it had arrived. (The encouragement to spend is considered a way of ensuring the currency quickly enters the market.) And second, the experiment signaled a new advance in digital surveillance, in which the state could potentially track all financial transactions. Recipients got free money, but with a new degree of control attached.

“For too long, social media platforms have failed to adequately protect Americans by not taking sufficient action to prevent the spread of vaccine disinformation online,” wrote Sens. Amy Klobuchar (D-MN) and Ben Ray Luján (D-NM) in a Friday letter to Facebook CEO Mark Zuckerberg and Twitter CEO Jack Dorsey, which was viewed by Recode. “Despite your policies intended to prevent vaccine disinformation, many of these accounts continue to post content that reach millions of users, repeatedly violating your policies with impunity.”

In particular, the senators urged the companies to take action against 12 anti-vaccine influencers — 11 individuals and one couple — who spread anti-vaccine content on the internet. These accounts include Robert F. Kennedy Jr., who has pushed distrust in vaccines, and Joseph Mercola, an online alternative medicine proponent who was recently flagged by the Food and Drug Administration for promoting fake Covid-19 cures, including through his still-active Twitter account.

Shortly after the Minneapolis police killing of George Floyd last year, Customs and Border Protection (CBP) flew a Predator drone over the city in an effort to surveil the ongoing protests against police brutality occurring there. The drone, which took off from Grand Forks Air Force Base in North Dakota and flew in a holding pattern over protests for approximately 90 minutes, recorded video from a height of 20,000 feet. Now, thanks to a recent Freedom of Information Request, you can watch that video.

The video, which CBP published online Monday, was initially requested by Emily Crose, a network security professional. Crose told Gizmodo that she filed the FOIA request because “there needs to be attention paid to the ways local policing is being handled” and that she felt the public needed to be aware of the degree to which surveillance was being used on everyday Americans.

A Global Tipping Point for Reining In Tech Has Arrived

China fined the internet giant Alibaba a record $2.8 billion this month for anticompetitive practices, ordered an overhaul of its sister financial company and warned other technology firms to obey Beijing’s rules.

And in the United States, President Biden has stacked his administration with trustbusters who have taken aim at Amazon, Facebook and Google.

Around the world, governments are moving simultaneously to limit the power of tech companies with an urgency and breadth that no single industry had experienced before. Their motivation varies. In the United States and Europe, it is concern that tech companies are stifling competition, spreading misinformation and eroding privacy; in Russia and elsewhere, it is to silence protest movements and tighten political control; in China, it is some of both.

Just days after releasing the new rules that would require masks to be worn at the beach, the Spanish Ministry of Health proposed revisions that would allow people to forgo a mask at the beach if they are swimming, playing a sport or resting in a fixed spot, and maintaining a distance of 1.5 meters from other people.

A number of regional governments had already suggested that they would defy the initial orders, including the Balearic Islands, which stated masks would not be mandatory at area beaches and swimming pools. According to EL PAÍS:

“… [I]n Andalusia the tension was palpable. Juan Marín, the deputy premier of the southern region, said he did not understand ‘this type of decisions that get made without consulting with the regions.’ And sources in the governments of Catalonia and the Canary Islands said that their legal services are already analyzing the law to determine their next steps.”

Yet, the back-and-forth passage of arbitrary health rules as policy is becoming so common that it’s hard to know what’s “allowed” from one day to the next. So, wearing a mask while walking along the shoreline of a beach in Spain is necessary for public health, but if you’re playing a sport it’s not?

All of which impales American tech giants, especially Amazon, Facebook, Google and Netflix, on the horns of an ethical dilemma. For them, India represents a huge market – bigger than China, in a way, because of the firm grip that the Communist party has on the operations of tech companies in its jurisdiction. The Indian market, being less centrally controlled, has enormous potential for growth. But in order to thrive there the companies must reach an accommodation with an authoritarian government that doesn’t brook criticism, never mind opposition. 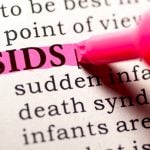 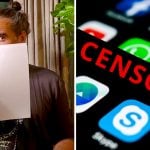