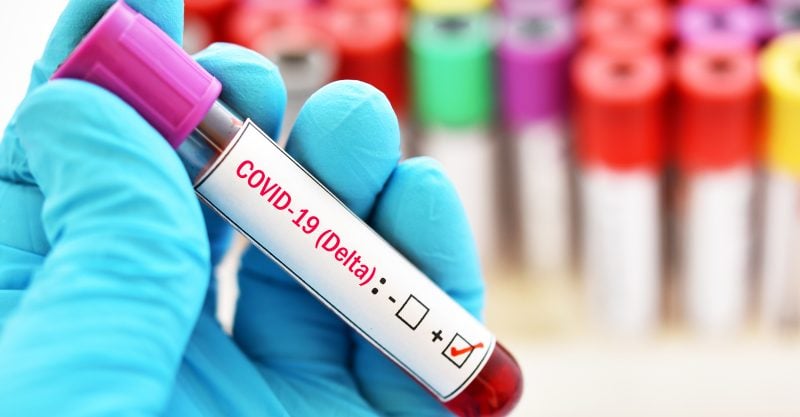 According to the regional director of the European office of the World Health Organization, Hans Henri Kluge, a new coronavirus variant called “Delta” (its scientific name being B.1.617.2 and originating in India) is “poised to take hold” in Europe, which may necessitate renewed lockdowns.

In a June 10 article, The Hill reported that the SARS-CoV-2 Delta variant “can spread quickly and infect those who have received one of two vaccine doses at higher rates than the fully vaccinated.”

According to Kluge, Europe is facing the same situation as they did back in the winter of 2020, when cases rapidly rose, resulting in “a devastating resurgence, lockdowns and loss of life.” “Let’s not make that mistake again,” Kluge said during the press conference.

The Delta variant is now the dominant strain in the UK, where a surge in cases, supposedly, has occurred predominantly among younger people between the ages of 12 and 20.

Research by Public Health England (PHE) suggests two doses of Pfizer’s mRNA COVID shot is 88% effective against the Delta variant, while AstraZeneca’s DNA injection is “supposedly” 60% effective. After a single dose, either of the shots was only 33% protective against symptomatic illness.

More importantly, a June 11 PHE report shows that as a hospital patient, you are six times more likely to die of the COVID Delta variant if you are fully vaccinated, than if you are not vaccinated at all.

The information shows up in Table 6 of the 77-page document, which are labeled as the attendance to emergency care and deaths by vaccination status and confirmed Delta cases from February 1 to June 7.

The PHE also claims the Delta variant is 64% more likely to transmit within households than the Kent (Alpha) variant that had previously dominated, and that it’s 40% more transmissible outdoors.

Knowing what we now know about how science and statistics are being manipulated to give the appearance of a serious problem where there is none, I take these statements and data with a grain of salt. World leaders, however, are using the data to impose yet more restrictions. British Prime Minister Boris Johnson is now considering keeping lockdown rules in place until spring of 2022.

Why was a disgraced disease modeler relied on yet again?

In the U.S., Delta accounts for about 10% of cases and is doubling every two weeks, according to the former Food and Drug Administration commissioner Dr. Scott Gottlieb, who spoke about the variant on a “Face the Nation” broadcast June 13.

According to Gottlieb, Delta is likely to “spike a new epidemic heading into the fall.” Showing just how crazy a repeat this is, Gottlieb is again citing data from Neil Ferguson. Yahoo!News calls Ferguson a “prominent British epidemiologist” but in fact, the man is beyond untrustworthy and has been thoroughly — and publicly — disgraced.

His only prominence is that of a failed statistician whose models have been repeatedly proven faulty to a ridiculous degree. The fact that Gottlieb is again using Ferguson’s models ought to set off warning bells that this is fear propaganda to justify even further COVID jabs and nothing else.

It was Ferguson’s Imperial College model that predicted the death of 2 million Americans and 500,000 Britons unless draconian lockdown and social distancing measures were implemented. A major flaw in his model was that he didn’t account for the fact that the susceptible population is only ever a small portion of people, never 100%.

Ferguson was also the source of the December 2020 prediction that the Alpha variant B117 — the so-called “Kent” strain that became the predominant strain before Delta — would be 50% to 70% more contagious than previous variants circulating in the UK, and would infect children and teens to a greater extent than previous variants.

Well, what happened? PHE data reveal the rolling average of infections (i.e., positive tests, which may be symptomatic or asymptomatic) sharply declined starting in January 2021, from a high of 68,053 cases in early January to a low of 1,649 cases in early May.

Daily hospitalizations also dropped, as did the number of daily deaths, which plunged from a high of 1,610 in January to a low of eight on June 13. Apparently, the much-feared and “far more infectious” B117 strain didn’t unleash a mass-death cascade after all.

What’s more, the fact that mainstream media and health authorities have not highlighted the number of children infected or hospitalized is a clear hint that children really weren’t at great risk from B117 either. They just wanted you to fear the possibility of it being so.

These statistics are indeed quite far from catastrophic. Fewer than one-third required intensive care and none died. Meanwhile, there are at least four reported deaths among 12- to 17-year-olds following COVID “vaccination,” along with several hundred adverse effect reports, including dozens of cases of heart inflammation.

As Ferguson’s calamitous predictions for Alpha variant B117 having failed to come to fruition, it appears the same fear mongering narrative has now simply shifted over to the Delta variant.

Clearly, they want us to fear for our children, as this will improve compliance with freedom-robbing measures and boost vaccine uptake. Right now, they’re having a really hard time explaining why children, whose risk of serious complications or death from COVID-19, and who aren’t a primary disease vector, would need to participate in an uncontrolled gene therapy experiment.