Corteva’s “waxy” corn was developed using CRISPR technology, a genome editing technique the giant seed and pesticide company is selling to regulators as “non-GMO” in order to bypass risk assessments and safety regulations. 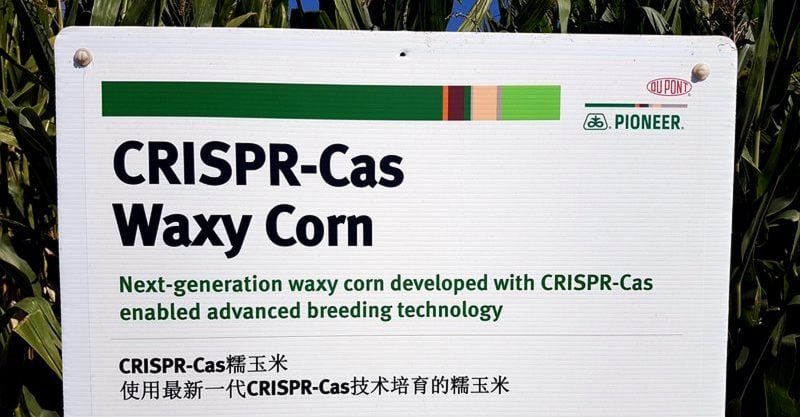 At least five countries — Argentina, Brazil, Canada, Chile and the U.S. — have approved a variety of maize genetically modified (GM) with a genome editing technique called CRISPR, without subjecting the crop to the risk assessments and regulations for GM crops. Other countries could soon follow.

The GM maize is produced by U.S.-based Corteva, the world’s second largest seed company and fourth largest pesticides company. Corteva describes the variety as a “waxy corn” which, like conventional waxy corn varieties, produces a starch high in amylopectin and low in amylose. In this case, Corteva used genetic engineering to knock out the genes responsible for producing amylose from its non-waxy hybrid maize varieties.

A detailed profile of Corteva’s GM waxy corn was published this week by the Canadian Biotechnology Action Network (CBAN).

Although Corteva uses transgenes and particle bombardment to develop its GM waxy maize, it claims that the crop should not be regulated as a GMO since the transgenic material is, according to the company, no longer present in the seeds that are sold. So far the relevant authorities in Argentina, Brazil, Canada, Chile and the U.S. have cleared the crop for commercial release on this basis, without subjecting it to safety assessments required of other GM crops.

On the other hand, as noted by CBAN, “Corteva appears not to have applied for approval in the European Union where a 2018 ruling by the Court of Justice of the European Union requires genome edited crops to be subjected to the same stringent regulations as all genetically modified (GM) organisms.”

Corteva, which was created through the merger of Dow and DuPont’s agricultural divisions, has openly stated that it is using GM waxy corn to clear the way for the introduction of more GM crops produced with genome editing techniques (also known as “gene editing”). The CBAN profile highlights multiple documents and quotes from company executives that show that it deliberately chose a crop that it could bring to market without much attention or risks of liability.

“The reason we are working on waxy corn is to have this conversation, because [we needed] to come forward with something that had a long history of safe use as a trait, [that] has important industrial uses both in food […], and in [other] industrial application, as well as ethanol,” Robert Meeley, senior research scientist at Corteva, told delegates of the OECD Conference on Genome Editing in 2018. “We needed to make something quick and have this conversation now, in order to get it out on the market.”

In the U.S., where Corteva intends to start commercial cultivation, waxy maize is a minor crop grown almost entirely for food starch and some industrial products under identity preservation contracts with buyers. For the company, therefore, there is minimal risk that the introduction of its GM waxy maize will generate a public backlash or result in lawsuits from contamination.

A successful introduction in the U.S. will set the stage for commercial cultivation and imports in other countries where regulations on GM crops and the new genome edited GM crops are still in flux. This includes neighboring Mexico where it is not clear if the government’s ambiguous decree on glyphosate and GM maize will put any restrictions on genome edited maize varieties. Corteva currently sells conventional waxy maize hybrid seeds in Mexico through its Pioneer Hi-Bred subsidiary.

Another major reason why Corteva chose to start its genome edited crop rollout with “waxy corn” is because it is a maize, and maize is by far the most lucrative crop for seed sales in the world. Even the market for waxy maize seeds is significant and growing, especially in China and other parts of East and Southeast Asia where waxy maize, also known as sticky maize, is a major food crop, and the main type of maize that people consume directly. Last year, Chinese researchers used a similar technique to develop their own CRISPR waxy maize hybrids.

Farmers in China developed waxy maize hundreds of years ago and today there are thousands of farmer seed varieties of waxy maize grown across Asia. But seed companies like Corteva are not interested in these open-pollinated farmer varieties. Their only interest is in selling hybrid maize seeds that cannot be saved by farmers. The problem for seed companies, however, is that waxy maize is not easy to breed as a hybrid. The process is complicated, time consuming and tends to result in a “yield drag” when compared with their non-waxy counterparts.

Corteva’s only innovation with its GM waxy maize is that it used genome editing to avoid a “yield drag” and to shave a year off of the time it would have taken to achieve the same results through conventional hybrid breeding. This is hardly a big game changer for farmers. But it’s huge for seed companies, particularly those that control the patent rights over the technology.

It means that they can churn out new hybrid varieties of maize and other crops more quickly and at less cost than their competitors, especially if they can avoid the regulations and segregation requirements that exist for the first wave of GM crops.

In this way, Corteva and other corporations investing heavily in genome editing are banking on another round of consolidation, similar to what happened with the first wave of GM crops, that will give them even greater control over global seed markets.

But waxy maize is unlikely to convince a sceptical public of the benefits of genome editing. For this, Corteva has another PR trick up its sleeve. Over the past five years it has been partnering with the International Maize and Wheat Improvement Center in Mexico to develop hybrid maize varieties for Africa through genome editing.

The program is funded by the Bill & Melinda Gates Foundation, and there is a revolving door tightly integrating all three institutions.* Corteva and CIMMYT claim genome editing can cut the time required to breed hybrids in half and they plan to release a first batch of GM hybrids resistant to maize lethal necrosis in Kenya by 2025. Kenya is currently drafting legislation to regulate genome edited crops “using procedures in Argentina as a model.”

For a technology that’s being sold by the seed giants as non-GMO, it’s hard to see any difference from their old GMO playbook.

The CBAN profile on Corteva’s GM waxy corn is here and CBAN’s July 2020 report on the risks and unexpected consequences from genome edited crops is here.

*Neal Gutterson, Corteva’s Chief Technology Officer until last year, was on CIMMYT’s board from 2013 until 2019, when he became a board member of CIMMYT’s larger international structure, the CGIAR System. Another of the lead CRISPR researchers at Corteva, Renee Lafitte, used to work at CIMMYT and the International Rice Research Institute and is now the Deputy Director for Crop R&D in the Agricultural Development program at the Bill & Melinda Gates Foundation. 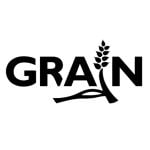