“When it comes to putting people before profits, Facebook has forfeited the benefit of the doubt," four members of Congress said in a letter to the company urging it to abandon plans to launch a video-sharing platform on Instagram for kids 12 and under. 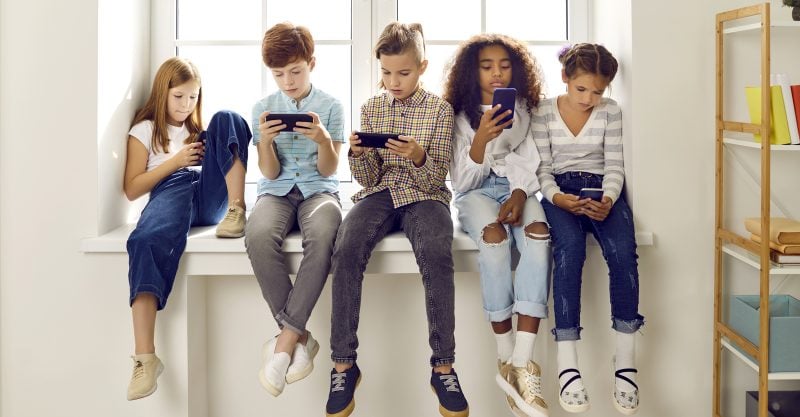 Echoing a recent letter from 44 attorneys general, a quartet of congressional Democrats on Tuesday urged Facebook to abandon its plan to launch a version of the photo- and video-sharing platform Instagram targeting kids ages 12 and under.

“Facebook has a clear record of failing to protect children on its platforms,” the lawmakers said. “In its response to our recent letter, the company refused to make meaningful commitments about how it will ensure that its proposed Instagram Kids app does not harm young users’ mental health and threaten their privacy.”

“When it comes to putting people before profits, Facebook has forfeited the benefit of the doubt,” they added, “and we strongly urge Facebook to abandon its plans to launch a version of Instagram for kids.”

Facebook has a clear record of failing to protect children on its platforms and won’t make commitments to ensure that its proposed Instagram Kids app does not harm young users’ mental health and threaten their privacy. The company needs to abandon Instagram for Kids. pic.twitter.com/hddTGSn5mt

Although lawmakers discussed many tech giants during the hearing, both Blumenthal and Markey called out the Instagram for kids effort specifically:

Today at 10ET: Our Board chair Angela Campbell testifies before the Senate Consumer Protection Subcommittee on why we need to stop Big Tech’s manipulative marketing to children and teens and what Congress should do. https://t.co/JpjW3G4yJs

Today at 10ET: Our Board chair Angela Campbell testifies before the Senate Consumer Protection Subcommittee on why we need to stop Big Tech’s manipulative marketing to children and teens and what Congress should do. https://t.co/JpjW3G4yJs

Facebook controversially acquired Instagram in 2012 for $1 billion. Although both platforms officially ban users under the age of 13 — a policy that traces back to the Children’s Online Privacy Protection Act (COPPA), which Markey authored over two decades ago — some young people lie about their age to access the app.

In their letter last month, which included 14 detailed questions, the lawmakers wrote that “if Facebook’s objective is to decrease the number of users under the age of 13 on its current Instagram platform, it should invest in efforts to do that directly.”

Child advocates and Big Tech critics have echoed that message since the social media giant’s plan was first reported in March.

Josh Golin, executive director of Campaign for a Commercial-Free Childhood (CCFC), told Common Dreams at the time that “if Instagram wants to do something for younger children, it should focus on getting under 13s off of the platform entirely.”

In mid-April, CCFC led a letter — endorsed by dozens of organizations and individual experts — which explained concerns that an Instagram for kids would “exploit” the developmental changes young children experience, expressed doubt that a “babyish” version would draw current users away from the initial app, pointed out that “excessive screen media use and social media use is linked to a number of risks for children and adolescents,” and highlighted the parent company’s history.

“While tweens online deserve safe and protected environments, Facebook and Instagram have zero credibility and have proven time and time again that their priority is profiting off their manipulative and addictive tactics to keep users scrolling,” said James P. Steyer, founder and CEO of Common Sense, which signed the April letter.

The attorneys general, in their letter to Zuckerberg last week, made the same arguments against an Instagram for kids, even citing the earlier letter from organizations and experts.

“It appears that Facebook is not responding to a need, but instead creating one, as this platform appeals primarily to children who otherwise do not or would not have an Instagram account,” they wrote. “In short, an Instagram platform for young children is harmful for myriad reasons. The attorneys general urge Facebook to abandon its plans to launch this new platform.”

I’m calling on @Facebook to abandon its plans to create a version of @Instagram for children under the age of 13.

This is a dangerous idea that can be detrimental to children and put them directly in harm’s way.

Critics of an Instagram for kids have called the proposal “dangerous.” Reporting Monday on not only Facebook’s plot but also the impact of tech on youth, Australia’s ABC noted that merging research suggests “excessive screen time is atrophying parts of children’s brains associated with impulse control and reward and making them less able to manage their emotions.”

Although Facebook has said that the kid-version of Instagram, if launched, will not include ads, the company has shown no sign of halting its broader plan, despite mounting opposition.

“As every parent knows, kids are already online,” a Facebook spokesperson told Reuters on Tuesday. “We want to improve this situation by delivering experiences that give parents visibility and control over what their kids are doing.”

But for critics like Steyer, Facebook can’t be trusted to create a healthy online environment for children — especially given that the company already fails to provide that for adults.

“What Mark Zuckerberg should do instead of targeting young customers,” Steyer said, “is take the billions of dollars Facebook reaps every year from amplifying harmful content and instead invest in making a healthy and privacy protective product for adults.”