Is Your Drinking Water Polluted by Big Pharma?

Scientists studying the world’s rivers found dangerous levels of drugs are contaminating water on every continent — including in the U.S. — because pharmaceuticals are not purified out of drinking water systems. 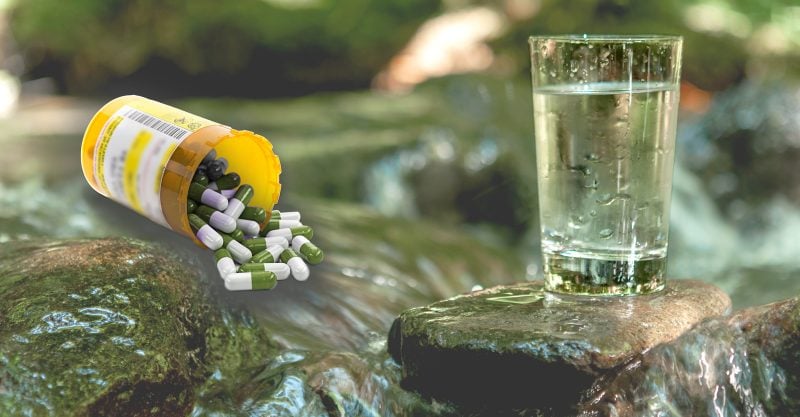 In my recent interview on “RFK, Jr. The Defender” podcast, Robert F. Kennedy, Jr. and I discussed how everyone in Southern California may be drinking the drugs that are washed down the drain in Las Vegas.

In fact, Las Vegas’ wastewater treatment system dumps into Lake Mead, which then flows down the Colorado River and is piped and pumped out of the river to serve as the drinking water source for all of Southern California.

On Feb. 14, 2022, a scientific paper was released that studied the level of drugs, chemicals and pharmaceuticals in rivers across the planet.

The study, which is part of the University of York-led “Global Monitoring of Pharmaceuticals Project” and was published in the Proceedings of the National Academy of Science, shows some astounding results.

As summarized in Science Daily, the study found:

The scientific study went further to say that drugs that have polluted rivers across the world represent a “global threat to environmental and human health.”

The researchers behind the study measured the concentration of 61 “Active Pharmaceutical Ingredients” (APIs) at more than 1,000 sites along 258 rivers and in 104 countries on all continents.

Only two places were found to not be polluted by the drugs — Iceland and an isolated indigenous village in Venezuela.

A multitude of drugs were detected in rivers including:

The study measured levels of drugs to determine if those levels could cause “adverse effects” to organisms living in the rivers or to humans feeding off of fish and other aquatic life in rivers.

Science Daily reported that “the contaminants found at potentially harmful concentrations” include:

APIs end up in rivers after being used by people and then excreted into sewer systems.

APIs are also given to livestock whose excretions are often discharged directly into rivers and/or groundwater.

Further, pharmaceutical factories themselves can “leak” out APIs as well as discharge their API waste into rivers.

“Hotspots” for APIs were near cities across the planet, including in the U.S. 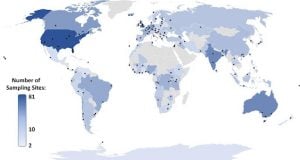 The study reported that, “The most extensively studied country in this work was the United States. Here, 81 sampling sites were monitored (Dataset S2) along 29 rivers across 8 states (Colorado, Florida, Hawaii, Iowa, Missouri, Nevada, New York, and Texas).”

In a news report about the study, The Guardian stated:

“Pharmaceuticals and other biologically active compounds used by humans are known to harm wildlife and antibiotics in the environment drive up the risk of resistance to the drugs, one of the greatest threats to humanity.”

John Wilkinson, at the University of York in the UK, and who led the study involving 127 researchers from 86 institutions, told The Guardian:

“‘The World Health Organization and UN and other organizations say antimicrobial resistance is the single greatest threat to humanity — it’s a next pandemic.’”

Many cities in the U.S. pump their drinking water supplies directly out of local rivers and then purify that water to make it healthy for humans. However, the degree to which pharmaceuticals are cleaned out of drinking water varies across the U.S.

In Southern California, for example, about half of all drinking water comes from the Colorado River which is downstream of Las Vegas and also downstream of massive numbers of cattle feedlots and grazing lands across the Southwest U.S. 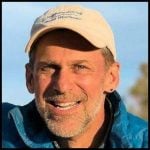 Gary Wockner, Ph.D., is a global water and river protector and director of the Save the Colorado River campaign. GaryWockner.com.