The California Department of Justice on Thursday sued three large pharmaceutical companies and several major pharmacy benefit managers for unlawfully coordinating to drive up the cost of insulin. 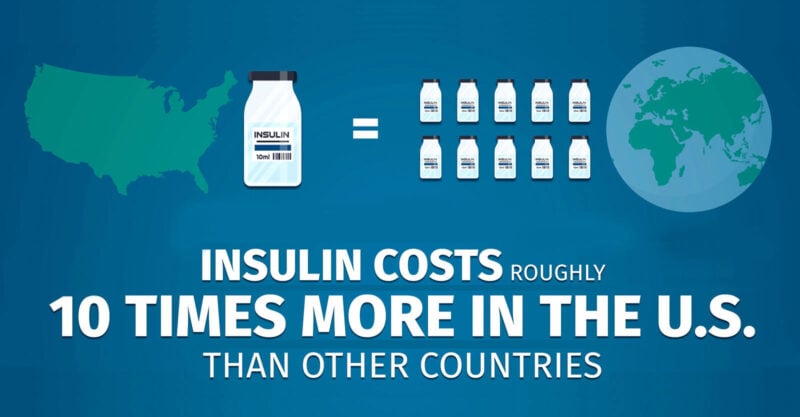 The California Justice Department on Thursday sued three large pharmaceutical companies as well as several major pharmacy benefit managers for unlawfully coordinating to drive up the cost of insulin, a lifesaving medication that patients in the U.S. are often forced to ration due to high prices.

“Insulin is a necessary drug that millions of Americans rely upon for their health, not a luxury good,” California Attorney General Rob Bonta said in a statement announcing the lawsuit, which targets Eli Lilly, Novo Nordisk and Sanofi — three of the largest insulin-makers in the world — and CVS Caremark, Express Scripts and OptumRx.

The lawsuit accuses the companies of illegally leveraging their market dominance to push up prices, making insulin far more expensive in the U.S. than in Canada or other wealthy nations.

The California Justice Department points to a 2021 RAND Corporation study showing that the average price of all types of insulin in the U.S. is more than ten times higher than in Japan, Canada, Germany, France and other countries.

A separate study published in the Annals of Internal Medicine in October estimated that roughly 1.3 million U.S. adults with diabetes either skipped insulin doses, took less than they needed, or delayed purchases of the medicine over the previous 12 months due to its high cost. Forgoing prescribed insulin doses can have fatal consequences.

“No one should be forced to ration or go without basic medication that could mean the difference between life or death,” Bonta said Thursday. “California will continue to be a leader in the fight to ensure everyone has equal access to affordable healthcare and prescription medications they need to stay healthy.”

“The United States insulin market is an oligopoly,” the new lawsuit states.

“The manufacturer defendants aggressively raise the list price of insulin in lockstep with each other to artificial levels. The inflated and artificial insulin price increases have significantly exceeded inflation and are not justified by advances in the efficacy of the drugs or the cost of manufacturing.

“Insulin costs less than $10 a month to manufacture and its development costs have long been recouped.”

“PBM defendants obtain significant secret rebates, which are a percentage of the inflated and artificial list price, from the manufacturer defendants in exchange for favorable placement on the PBMs’ standard formularies,” the complaint continues.

The state’s lawsuit — which resembles legal action recently taken by Arkansas, Kansas and Mississippi — demands that the pharmaceutical giants and PBMs be “permanently enjoined from committing any acts of unfair competition” and requests a court order “awarding all equitable monetary relief available from defendants as a result of their acts of unjust enrichment.”

NEWS: We’re suing the nation’s largest insulin makers and pharmacy benefit managers for using illegal practices to hike up the cost of insulin.

No one should be forced to ration or go without life-saving medication. https://t.co/Ez7AzrMQrA pic.twitter.com/Z2bzi3595e

Insulin prices in the U.S. have long been viewed as a scandal — one of the many negative consequences of allowing pharmaceutical companies to price gouge at will. California has announced plans to manufacture its own low-cost insulin as an alternative to the private market.

Last year, Human Rights Watch released a report that spotlighted the pricing practices of the trio of insulin makers at the center of California’s new lawsuit.

Though the recently passed Inflation Reduction Act includes a $35-per-month cap on insulin copayments, it only applies to Medicare recipients, leaving out the majority of people in the U.S. with diabetes.