The environmental disaster that spilled at least 126,000 gallons of crude oil into the ocean near Huntington Beach, Calif., will devastate wildlife for years to come. 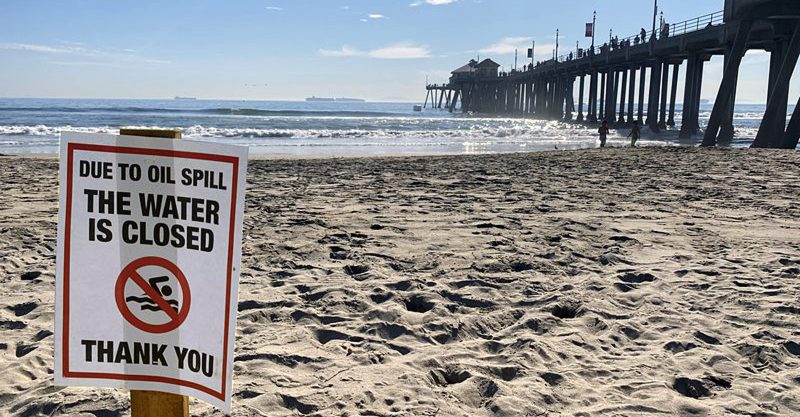 The environmental disaster that spilled at least 126,000 gallons of crude oil into the ocean off Orange County this weekend is highlighting the massive risks of offshore drilling.

The oil spill, first detected on Oct. 2, around Huntington Beach, is disastrous for wildlife and will harm many species for months and years to come.

“I’ve seen the aging oil platforms off Huntington Beach up close, and I know it’s past time to decommission these time bombs,” said Miyoko Sakashita, oceans program director at the Center for Biological Diversity. “Even after fines and criminal charges, the oil industry is still spilling and leaking into California’s coastal waters. The only solution is to shut this dirty business down.”

Oil from the spill, which was caused by a pipeline leak, is seeping into nearby wetlands, including the Talbert Marsh. The area is a biological hotspot in Southern California and home to more than 80 bird species, including the endangered snowy plover.

There have been reports of dead fish and birds along the coast, but the true environmental damages will not be known for many months.

California oil platforms like Platform Elly, where the spill occurred, were built four decades ago and have long outlived their expected lifespan. In 1999 the operator of Platform Elly was fined for another spill.

“Much of this infrastructure is old and corroded,” Sakashita said. “It’s time to finally decommission all of these rigs and pipelines. There simply isn’t a safe way to drill for oil.”

Seven offshore drilling platforms on the California coast have been shut down since the 2015 failure of Plains All American Pipeline’s coastal oil pipeline caused Refugio Oil Spill.

The Center for Biological Diversity has calculated that production from those platforms could have added 33.9 million metric tons of carbon dioxide pollution to the atmosphere. That’s the equivalent of burning almost 37 billion pounds of coal.

The company that owned the pipeline in the 2015 spill was criminally prosecuted and found guilty by a jury in 2018.