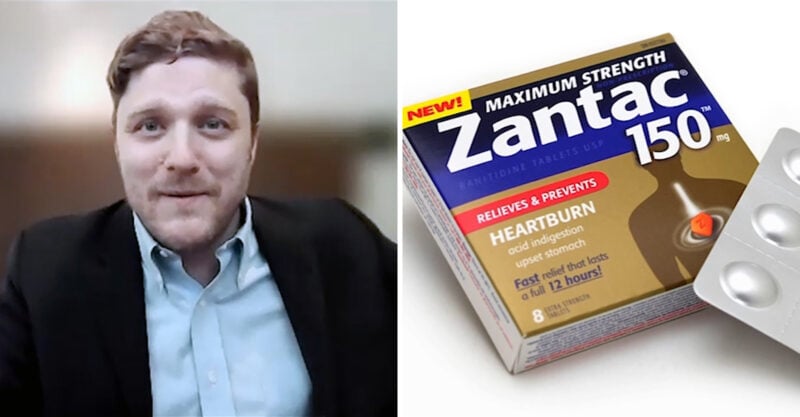 The once widely used heartburn drug Zantac was the topic of a recent episode of the “RFK Jr. The Defender Podcast.”

Kennedy and Wisner are colleagues. They worked together during the landmark lawsuit Dewayne Johnson v. Monsanto Company, the first Roundup cancer lawsuit to proceed to trial. The jury awarded groundskeeper Johnson $289.2 million.

“Brent Wisner arguably is the best lawyer in the country,” said Kennedy. “He’s won every award that you can possibly win for litigation. He is a versatile lawyer and he’s an extraordinary performer. He has a chemical link to jurors like I’ve never seen before.”

Wisner is now working to hold accountable the makers of Zantac for allegedly concealing knowledge of a cancer-causing ingredient in the drug.

Zantac, an over-the-counter medication, was withdrawn from the market in 2020 when it was determined that it contained the human carcinogen N-nitrosodimethylamine (NDMA).

Wisner claims that the product was sold for decades with the knowledge that NDMA caused harm. He said, “We’re talking 40 years they sold this product and they knew it. And we have the documents. … I mean, we have documents where they straight up say, ‘this stuff causes this cancer.’”

“NDMA is a very, very potent human carcinogen discovered in the thirties, in the development of rocket fuel. And it literally has no purpose in our world, except for the fact that it causes cancer. It’s actually used in laboratory experiments to induce cancer in animals.

“It’s probably something that has caused an innumerable number of people’s cancers, because it was such a widely used product.”

The cancers that NDMA are more likely to cause include those of the bladder, liver and stomach, as well as colorectal cancer, prostate cancer and breast cancer, said Wisner.

“It’s a complex scientific inquiry, but we think that we have the science to really push those cancers forward,” he said. “And we’re litigating them actively right now in our proceeding in California, which is exciting.”

Kennedy pointed out that people can still become plaintiffs in the class-action lawsuit.

Wisner is confident the litigation will be successful, although he warned it will take some time.

“These things take many years and involve many, many thousands and thousands of people,” he said. “But, you know, we have a good track record of taking care of our clients like we did in the Roundup litigation. And we’re planning to do the same here.”

A California state court judge has scheduled the first Zantac trial to take place on Oct. 10.