New data, released only after news organizations sued the Small Business Administration, reveal that more than half of the $522 billion in loans intended to keep small and mid-sized companies afloat went to big companies making up just 5% of all recipients. 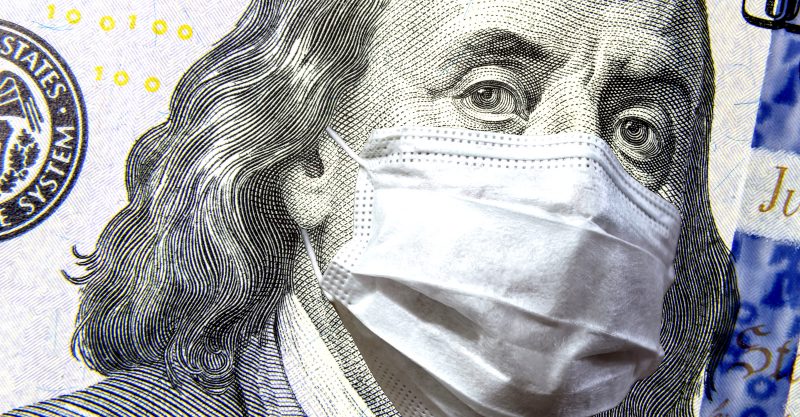 By Caitlin Macneal and Neil Gordon

More than half of the $522 billion loaned through the Paycheck Protection Program (PPP), which was aimed at small- and midsized companies, went to bigger businesses making up just 5% of the recipients. And more than a quarter of the money went to a mere 1% of loan recipients.

We finally know this thanks to a successful lawsuit brought by several news organizations demanding that the Small Business Administration release more information on the program’s loans, which companies were supposed to use to keep employees on payroll and pay rent. Until last week, we did not know the exact loan amounts each company received or the identities of the companies that received loans of less than $150,000, even though we should have seen this data months ago.

The new data confirmed what we’d long feared: One of the government’s main efforts to keep Americans afloat during the pandemic-induced economic downturn favored larger, wealthier companies over smaller businesses with fewer avenues for relief. The preliminary data hinted at this picture, but it wasn’t until now that a full analysis was possible.

The bigger the applicant, the faster the relief

This new information about the PPP exposed some startling details on the extent to which big businesses took advantage of the program, which was intended to help small and disadvantaged businesses that otherwise didn’t have ready access to capital.

About 600 companies — including several powerful law firms and dozens of national restaurant chains — received the maximum loan amount of $10 million, according to the New York Times. And NBC News found that more than 300 companies managed to exceed the $10 million max through subsidiaries, even though only franchises and certain companies in the food and hospitality sectors were allowed to exceed the cap.

Not only did big companies swoop in and obtain larger loans, they got their money faster.

In October, the House Select Subcommittee on the Coronavirus Crisis found that “many big banks failed to prioritize small businesses in underserved markets, including minority and women-owned businesses” in part because the Treasury Department “privately told lenders to ‘go to their existing customer base’ when issuing PPP loans.” The subcommittee also found that several lenders, including JPMorgan and PNC Bank, processed larger loans for their wealthier customers much faster than lower-value loans for smaller businesses.

With the newly available data, the Center for Public Integrity found that three-quarters of the loans over $1 million were issued in the first two weeks of the program, while nearly three-quarters of the loans under $50,000 weren’t issued for several weeks or months. Clearly, big companies were allowed to jump to the front of the pandemic relief line, while smaller, and needier companies had to wait.

NBC News discovered that tenants at properties owned by the Trump Organization and Kushner Companies received more than $3.65 million in PPP loans, which they may have used to pay rent. What’s more, 15 of those recipients reported that they’d planned to save one job, no jobs, or didn’t report a number at all.

The Trump Organization was specifically barred from receiving pandemic relief funds, yet still ultimately appears to have benefited. It’s just another stark reminder of what can happen when a president refuses to fully divest from their business holdings upon taking office.

Local media outlets are also making some disturbing findings. The Atlanta Journal-Constitution found that a local company accused by several states of illegally selling health insurance received a loan worth nearly $6.1 million, and that another Georgia business received a loan of nearly $150,000 just two years after settling with the state for allegedly violating debt collection laws.

The Journal-Constitution was also able to pinpoint the exact amount of several loans that went to companies linked to local politicians or allies of President Donald Trump.

This brings to mind two concerns of the Project On Government Oversight (POGO) and other government watchdogs: Did some lawmakers improperly benefit from the program they helped create? Did some loans involve a political quid pro quo?

POGO recently reported that a number of loan recipients made significant political contributions after obtaining loans. With the help of the Anti-Corruption Data Collective, we found that at least 113 loan recipients or owners of those companies made federal campaign donations totaling $11.7 million after obtaining the loans. Aside from the appearance of possible corruption, these donations raise another fundamental question: Did these companies really need the relief if they could afford to make such generous contributions?

How many jobs did the program save, and at what cost?

We’re still missing crucial data on what exactly companies used their PPP loans for. While Congress directed the government to collect information from loan recipients on how they spent the money, the Office of Management and Budget told federal agencies they didn’t need to do that. So it’s hard to say just how effective the program was, even with new data on the smaller loans.

The Denver Post did an interesting analysis based on the number of jobs companies claimed on their PPP applications they would save. The Post found small borrowers in Colorado would provide taxpayers much more bang for the buck in terms of job preservation.

Of course, some of the bigger borrowers may pay their employees more, and some could have actually saved more jobs than they originally projected. But the point is that we just don’t know. We don’t know how many jobs the program saved and which loans were the most cost-effective — all because the government largely neglected to collect this crucial data.

It’s now clearer than ever that the government botched the Paycheck Protection Program. If Congress authorizes a second round of the program, the government must do a better job of prioritizing small and women- and minority-owned companies and companies that otherwise may not have a way to make it through the pandemic.

In the meantime, the government should refrain from forgiving these loans automatically. We must know whether recipients really needed the loans and used the money to help workers. The government must fix the data errors and omissions. It must start collecting data from loan recipients on how they used the money. Only then will we fully understand whether this program was effective, and this knowledge will help government plan for future disasters.