The Big Lie: How Fauci Instilled Panic and Set the Stage for Lockdowns

Dr. Anthony Fauci, the key witness in the March 11, 2020, hearing on COVID-19, made false claims about the lethality of COVID-19, generating panic and creating the conditions for an unprecedented national lockdown. 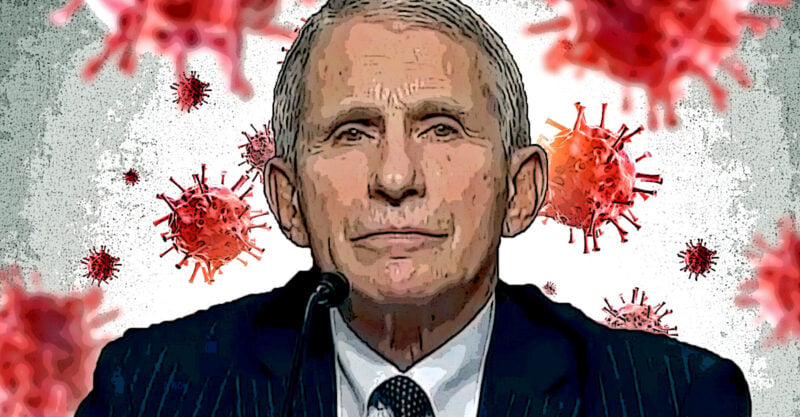 Dr. Anthony Fauci is finally gone from his government perch. Let us recall that it was he who set this calamity in motion, squandering his credibility, while taking down public health and much else with it.

More than anyone, he bears responsibility, even if he was acting on others’ behalf. That is especially true if he was carrying out a hidden agenda (take your pick of theories).

There was already growing political and societal panic on March 11, 2020, when the House Oversight and Reform Committee convened a hearing on the new virus circulating. Fauci was the key witness. The only question on everyone’s mind came down to the most primal fear: Am I going to die from this thing, like in the movies?

This was one day before Trump’s announcement of the travel ban from Europe, the U.K. and Australia, essentially sealing the borders of the U.S. to an extent never before attempted, thus separating families and loved ones and trapping billions of people in their nation-states.

It was five days before the evil declaration by all health authorities to immediately shut down all places where people could congregate.

These few days will remain a case study in irrationality and crowd madness. Fauci, on the day of his testimony, however, seemed like a paragon of stability. He was calm and clear, nearly bloodless in his tone.

The substance of what he said, at the same time, was clearly designed to generate panic and create the conditions for a full lockdown.

He had the countenance of a doctor who was telling the family that a beloved father was terminally ill with 30 days to live.

In particular, and in contrast to the testimony prepared by the Centers for Disease Control and Prevention/National Institutes of Health, Fauci spoke to the severity of the virus.

To the average member of Congress, the answer here was crucial because it addressed the only two serious issues: “Am I going to die?” and “Will I be blamed and politically punished if my constituents die?”

To this, he responded with what seemed like science but was actually completely wrong, dreadfully wrong, catastrophically wrong. He claimed that we knew for sure that at best COVID-19 was 10 times deadlier than the flu.

In fact, he threw around so much data confetti that a person could have easily believed that he was downplaying the severity to promote calm. His intention was the opposite.

Here is what he said, and please read carefully to catch the implications:

“SARS was also a Coronavirus in 2002. It infected 8,000 people and it killed about 775. It had a mortality of about 9 to 10 percent. So, that is only 8,000 people in about a year. In the two-and-a-half months that we have had this Coronavirus, as you know, we now have multiple multiples of that.

“So, it clearly is not as lethal, and I will get to the lethality in a moment, but it certainly spreads better. Probably for the practical understanding of the American people, the seasonal flu that we deal with every year has a mortality of 0.1 percent.

“The stated mortality over all of this when you look at all the data including China is about three percent. It first started off as two and now three.

“I think if you count all the cases of minimally symptomatic or asymptomatic infection, that probably brings the mortality rate down to somewhere around one percent, which means it is 10 times more lethal than the seasonal flu. I think that is something that people can get their arms around and understand. …

“I think the gauge is that this is a really serious problem that we have to take seriously. I mean people always say, well the flu, you know, the flu does this, the does that.

“The flu has immortality of 0.1 percent. This has mortality of ten times that, and that is the reason why I want to emphasize, we have to stay ahead of the game in preventing this.”

Just think through the flim-flam here. He begins with the figure of a 10% case fatality rate from a similar virus. The thinking in the room is already stuck on 10. Then he says this virus has killed more in a shorter period of time, which implies more severity.

He quickly dials that back but warns that this is more easily spread, which suggests that perhaps it is even higher. Then he dials that back and says that so far the mortality rate is 3%.

But then he quickly adds in “minimally symptomatic or asymptomatic infection” and comes to a rough number of 1%, thus failing completely here to distinguish between cases and infections, which used to be a core metric that he and so many others completely obliterated.

That’s a side point but an important one. The distinction between cases and infections has been crushed, leaving us in utter data chaos.

Fauci spoke this final number with so many other numbers before it that no one could figure out which way was up. The main takeaway anyone would have is that there is going to be vast bloodshed.

It’s best to watch this. You can almost feel the fear in the room as he blinds these political critters with fake science.

So what do we do? Fauci here was quick with the answer:

“How much worse it will get will depend on our ability to do two things, to contain the influx in people who are infected coming from the outside and the ability to contain and mitigate within our own country.”

In other words: lockdown.

Thus was the stage set. To be sure, there is some mental connection between severity and policy response but there probably should not be. Even if this virus had a 10% fatality rate, what does locking down achieve? It was never even clear what the point was.

The “spread” could not be stopped forever. The hospitals weren’t really overcrowded, as we’ve seen. There was never a chance for “zero-COVID,” as the catastrophic experience of China and New Zealand has shown.

In the end, the pandemic of a respiratory virus is solved through exposure, upgraded immune systems and herd immunity, regardless of severity. And again, please recall that biological evolution has made such pandemics self-limiting: there is a trade between severity and prevalence subject to latency.

Latency here was never a factor, contrary to the lies in the early weeks. So the more infectious this virus would be, the less severe it would be, nearly by definition.

Fauci could have used his time in Congress to give a basic explanation. He did not. He chose to spread irrational fear instead.

So how can we evaluate Fauci’s murky suggestion that SARS-CoV-2 will have a 1% fatality rate? What actually happened? These data are pretty settled by now.

Let’s just assume that Fauci is correct about the flu, though there is plenty of controversy about his chosen figure of 0.1%. If he is right, for the most affected demographic from COVID-19, he was off by two times.

For youth, he was off by 3,333 times — an exaggeration of more than 300,000%! And he did it with a straight face. The rest of the population falls between there for a total of 0.095%. So in general for the whole population, he was off by 10 times, meaning that the actual infection fatality rate is just slightly less (if this is right) than the seasonal flu.

Throughout the entire pandemic, from the beginning to now, the average age of the 0.09% of infected people who died remained at the median age of death in absence of the pandemic. If this same virus arrived decades early, it would have hardly been noticed at all.

Which is to say: Fauci was correct on Feb. 28, 2020, when he wrote that this is more or less the flu, except with a large age gradient. His change of mind in the course of two weeks prior to this testimony is based on absolutely no evidence. What changed was his tactics but why?

We mapped out many times already that there was plenty of information available, even in the popular press, that this bug would be more-or-less like the flu, except with an extreme age gradient — which we knew already in mid-February. All the misinformation that followed was just that. And they knew it. Certainly Fauci knew it. No doubt about it.

So why? Here we get into interesting theorizing. Brownstone has done a lot of this for the better part of 18 months, and we will continue to do so. We can talk all evening about this. We already do. And we continue to collect evidence too.

The point is that the world is not the same. Fauci pulled the lever on the wall that set this in motion. He never should have been given that deference, that power, that influence. There should have been a check on him. And some people tried but the censors then flew into action.

The entire mess began not just with a bad prediction but an outrageously bad falsehood — spoken in front of deeply ignorant and terrified politicians — one that was followed by an egregious demand that we get rid of normal social and market functioning.

The consequences are for the ages. Fauci had his own masters and minions but it is impossible to avoid the reality that he bears primary responsibility as the voice of panic that shut down freedoms hard won over a millennium.

Jeffrey A. Tucker is the founder and president of the Brownstone Institute. He is also Senior Economics Columnist for The Epoch Times, author of 10 books, including “Liberty or Lockdown,” and thousands of articles in the scholarly and popular press. He speaks widely on economics, technology, social philosophy and culture.