To protect the futures of all children, Children’s Health Defense is asking everyone to encourage their elected officials to take immediate action to ensure objective and independent review of the scientific evidence concerning the health harms of 5G. 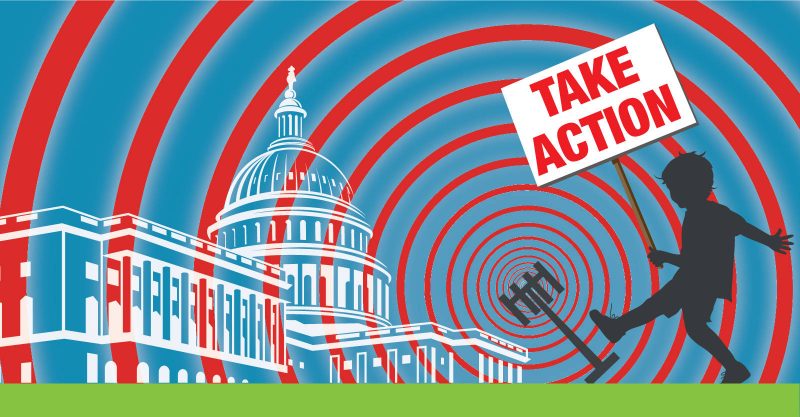 The U.S. Court of Appeals for the D.C. Circuit Aug. 13 ruling in favor of Children’s Health Defense (CHD) and other petitioners is a win of historic proportions.

To capitalize on this landmark win — and to protect your family, our communities and the futures of all our children — CHD is launching a campaign to inform elected officials on the federal, state and local levels about the court’s decision, and to encourage them to take immediate action to ensure objective and independent review of the scientific evidence.

You can help by contacting your elected officials. Click here to take part in CHD’s campaign to legislators.

The court ruled that the Federal Communications Commission’s (FCC) 2019 decision that its decades-old guidelines for 5G and wireless technology protects public health is capricious, arbitrary and not evidence-based as it pertains to the non-cancer harms.

This means the current guidelines regarding wireless technology do not protect public health.

The case revealed how the FCC and U.S. Food and Drug Administration have misled the public to believe that the FCC’s safety guidelines are based on rigorous review of the science.

In fact, over the past 25 years, no proper review of the non-cancer scientific evidence has ever been conducted, despite thousands of studies showing substantial evidence of harm, including to children.

Until this decision came down, the FCC’s guidelines had provided the government safety seal of approval for 5G and wireless deployment.

Now that the judges’ decision has confirmed this seal is not evidence-based, the FCC’s current guidelines cannot be used as an assurance of safety for smart devices and wireless infrastructure.

The public must be warned and protected. Click here to take part in CHD’s campaign to legislators.