Two months after an independent lab, Valisure, released its report, Johnson & Johnson voluntarily recalled five of its products that tested positive for benzene, a known carcinogen. 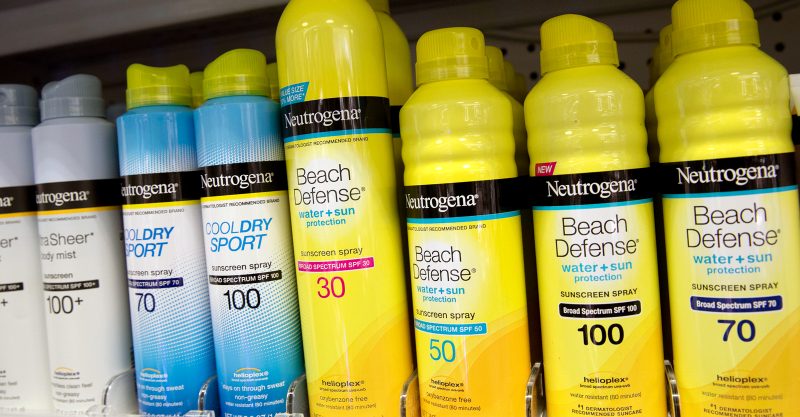 Beauty is big business. So, when a company that sells cosmetics volunteers to recall their products, it’s an indication that something is drastically wrong. Johnson & Johnson announced in July they were recalling five of their aerosol sunscreen products after an independent lab found benzene contamination in them in May. Another company whose products were found to contain benzene, CVS, followed by stopping sales of two of their sun products.

The U.S. Food and Drug Administration (FDA) published an announcement of Johnson & Johnson’s voluntary withdrawal with this caveat at the top of the release:

“When a company announces a recall, market withdrawal, or safety alert, the FDA posts the company’s announcement as a public service. FDA does not endorse either the product or the company.”

Unfortunately, with this attitude, the FDA not only has earned itself a reputation for having a lack of oversight, but has allowed products to be sold without basic safety testing of the ingredients. Sunscreen is just one of those products that fly under the radar until something either goes wrong or is investigated by outside agencies.

In this case, independent pharmaceutical testing company Valisure tested hundreds of sunscreen products and discovered that 78 of them contained benzene, a known carcinogen.

This data, which triggered the Johnson & Johnson recall, is not the first to identify health problems, both human and environmental, that may be associated with sunscreen use.

In fact, it was found that a different common ingredient in sunscreen — oxybenzone — damages coral reefs by causing deformities and bleaching. The equivalent of just one drop in 6.5 Olympic sized swimming pools is enough to cause damage.

In Hawaii and the Caribbean, the levels of oxybenzone in the water is 12 times higher than the concentrations that cause damage to baby coral, which triggered the governor of Hawaii to sign a bill in 2018 to ban sunscreens that harm the coral reefs. The law took effect January 1, 2021, despite critics’ claims that doing so reduced the availability of sunscreen ingredients for humans.

Hawaii has now proposed banning two more chemicals, avobenzone and octocrylene. If enacted, it will go into effect January 1, 2023. Hawaii’s actions have inspired Aruba, the Marshall Islands, U.S. Virgin Islands and Key West to pass their own sunscreen bans.

In the featured independent study, pharmaceutical testing company Valisure released a citizen’s petition May 24, which contained the results of their tests on 294 batches of 69 brands of sunscreen. The tests revealed benzene in 78 of the sunscreens and after-sun products tested.

According to the citizens’ petition, the highest levels of benzene were found in Neutrogena, Sun Bum, CVS Health and Fruit of the Earth products. Not all these brands’ products contained benzene, but the ones that did had at least 2 parts per million (ppm) or higher. One of the Neutrogena products, Ultra-Sheer Weightless Sunscreen Spray SPF 100 + contained 6.7 ppm.

According to Valisure, the FDA says routes of exposure known to increase your risk from benzene are inhalation, ingestion and skin and eye contact. The FDA recognizes benzene as a Class 1 solvent that should not be used in consumer products. However, it also states, “… if their use is unavoidable in order to produce a drug product with a significant therapeutic advance, then their levels should be restricted.”

As mentioned, after Valisure’s testing, it was apparent that benzene is not a part of the formulation for all sunscreen products. This likely indicates that it is not a necessary component for the product to work and therefore does not fall under the special circumstances for which the FDA allows 2 parts per million (ppm).

Benzene is ubiquitous in the environment. Researchers have known that exposure is additive and it increases your risk of cancers like leukemia and other hematological cancers. There is growing evidence that it is associated with childhood leukemia. David Light, founder and CEO of Valisure, commented on the results of the study, saying:

“Benzene is one of the most studied and concerning human carcinogens known to science. Its association with forming blood cancers in humans has been shown in numerous studies at trace levels of parts per million and below.

“The presence of this known human carcinogen in products widely recommended for the prevention of skin cancer and that are regularly used by adults and children is very troubling.”

In early June CBS News reported that Valisure had petitioned the FDA to recall all of the contaminated sunscreen products. The regulating body was reviewing the claim, but had taken no steps before Johnson & Johnson did their recall of five products.

An FDA spokesperson told the CBS News reporter, “The FDA takes seriously any safety concerns raised about products we regulate, including sunscreen.” Yet, the agency hasn’t appeared to take any action on Valisure’s request to order recalls, waiting instead for the manufacturers to voluntarily recall products and issue refunds. (According to The Washington Post, an FDA spokesperson said the FDA doesn’t have the authority to order recalls.)

As Valisure notes in their press release, the FDA has determined that because of the unacceptable toxicity of benzene, it should not be used in any “standard” pharmaceutical product. However, the FDA has not established an exposure limit and the 2 ppm concentration only applies in special circumstances, which in this instance does not include sunscreen.

Expert says be wary of any aerosol sunscreen

Dr. Christopher Bunick, associate professor of dermatology at Yale University, believes even the 2 ppm limit established by the FDA in special circumstances is not safe, saying:

“There is not a safe level of benzene that can exist in sunscreen products. Even benzene at 0.1 ppm in a sunscreen could expose people to excessively high nanogram amounts of benzene.”

Martyn Smith, professor of toxicology at the University of California Berkeley addressed his concerns about benzene found in aerosol sunscreen products, and not those in the lotion and gels. He believes that benzene would evaporate as it is aerosolized, reducing the risk it is absorbed into the skin.

He also cautions that applying aerosolized sunscreen indoors may carry significant risk because “there are a lot of volatile chemicals that are in there [aerosol sunscreen] apart from benzene that are propellants and other things that are coming out that you shouldn’t inhale.”

In January 2020, the FDA announced results from their sunscreen absorption study that was published in the Journal of the American Medical Association. The researchers sought to find the plasma concentration of six active ingredients from sunscreen products.

They used lotion, aerosol spray, nonaerosol spray and pump spray formulations to assess the pharmacokinetics of avobenzone, oxybenzone, octocrylene, homosalate, octisalate and octinoxate. The primary outcome measure was the maximum plasma concentration in 48 randomized participants who completed the trial.

The researchers found the participants absorbed significant amounts of the active ingredients, which led them to conclude the chemicals tested in all four formulations “were systemically absorbed and had plasma concentrations that surpassed the FDA threshold for potentially waiving some of the additional safety studies for sunscreens.”

This was a follow-up to a pilot study that also showed your body absorbs chemicals at levels that could potentially pose health risks. In the pilot study, the participants applied 2 milligrams of sunscreen per square centimeter over 75% of their body four times a day for four days. Blood samples were collected over 21 days.

Researchers found that oxybenzone concentrations were far higher than the presumed safety threshold after just a couple of days’ use. Despite this, the FDA continues to urge Americans to use sunscreen.

Oxybenzone is far from harmless

In the pilot study discussed above, researchers found that the participants’ blood samples who applied formulations with oxybenzone had levels that exceeded 0.5 nanograms per milliliter (ng/mL) within two hours of a single application on the first day. This exposure exceeded 20 ng/mL by day seven.

It is significant to note that oxybenzone and several other active ingredients found in sunscreens enhance the ability of other chemicals to penetrate your skin. This can include toxic herbicides, pesticides and insect repellents.

One study published in 2004 demonstrated that oxybenzone, octyl methoxycinnamate, homosalate, octyl salicylate, padimate-o and sulisobenzone significantly increase the absorption of herbicide 2,4-D. This can be of significant concern for agricultural workers who spend hours each day in the sun.

Oxybenzone is also an endocrine disruptor and research published in 2018 warned it induces changes in the breast tissue when used during pregnancy and lactation. The authors noted:

“These data suggest that oxybenzone, at doses relevant to human exposures, produces long-lasting alterations to mammary gland morphology and function. Further studies are needed to determine if exposure to this chemical during pregnancy and lactation will interfere with the known protection that pregnancy provides against breast cancer.”