According to a new report by the Center for Biological Diversity, the U.S. government is allowing corporations to discharge millions of gallons of hazardous waste into the Gulf of Mexico "without limit," threatening wildlife and public health. 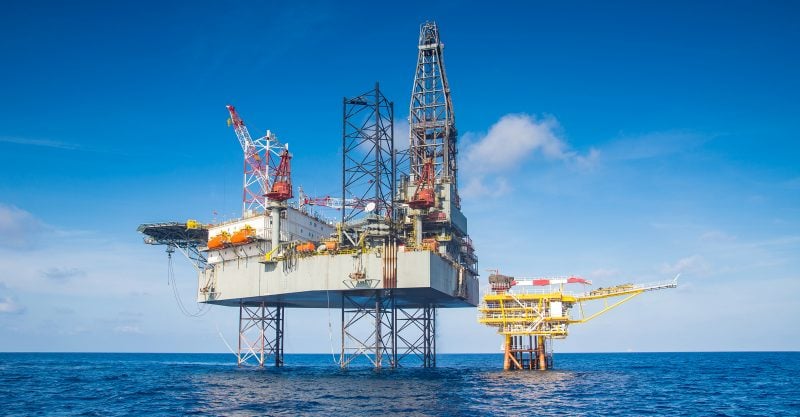 As “extreme” fossil fuel extraction methods such as fracking and acidizing have become increasingly common in offshore oil and gas production over the past decade, the U.S. government is allowing corporations to discharge millions of gallons of hazardous waste into the Gulf of Mexico “without limit.”

That’s according to “Toxic Waters: How Offshore Fracking Pollutes the Gulf of Mexico”, a new report published this month by the Center for Biological Diversity (CBD).

“A decade into the offshore fracking boom, officials still haven’t properly studied its public health impacts,” Miyoko Sakashita, oceans program director at CBD, said in a statement. “The failure to curb this major source of pollution is astounding and unacceptable.”

CBD explained that fracking “blasts water and chemicals into the seafloor to fracture rock and release oil and gas,” while “acidizing injects hydrofluoric or hydrochloric acid to etch pathways in rock walls and release the fossil fuels.”

Because roughly 98% of all offshore oil and gas production in the U.S. occurs in federal waters off the Gulf Coast of Alabama, Mississippi, Louisiana and Texas, the report characterizes that area as “ground zero for offshore fracking and its threats to wildlife and public health.”

Although an industry report to the U.S. Environmental Protection Agency disclosed that “each frack releases about 21,480 gallons of fracking waste, including biocides, polymers and solvents, into the Gulf of Mexico,” CBD noted, the EPA permits companies to dump “unlimited amounts” of toxic byproducts into the Gulf.

While the risks and harmful effects of some fracking chemicals are well-understood, more than three-quarters of the substances used in fracks “haven’t even been studied for their impacts” on human and environmental health, according to CBD.

As a result, wrote the authors of the report, “the Gulf’s communities and ecosystem experience a heavy pollution burden from concentrated fossil fuel infrastructure and cannot bear additional fracking pollution.”

Key findings of the report include:

According to CBD, offshore fracking is “inherently dangerous,” which is why the report argues that “state and federal agencies should prohibit the use of extreme oil and gas techniques and stop issuing permits for offshore fracking and acidizing.”

“They should also immediately stop permitting oil companies to discharge toxic chemicals into the Gulf of Mexico,” the authors wrote.

In addition, the report states, “because fracking and acidizing expand the lifespan of offshore oil and gas development and increase production, allowing these practices is inconsistent with the national interest in addressing the climate crisis.”

“To protect life and our climate,” she added, “we should ban these extreme extraction techniques.”