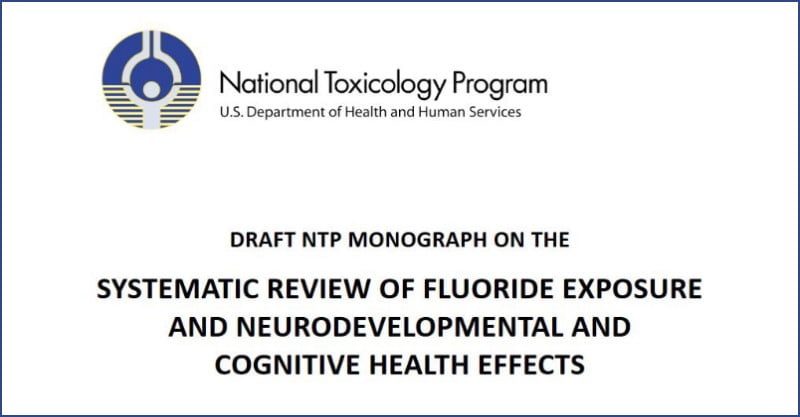 In September 2019, the National Toxicology Program conducted a systematic review of the human, experimental animal, and mechanistic literature to evaluate the evidence and develop hazard conclusions about whether fluoride exposure is associated with neurodevelopmental and cognitive effects.

They released a draft monograph concluding that “fluoride is presumed to be a cognitive neurodevelopmental hazard to humans.” Before finalizing its monograph, NTP asked a committee of the National Academies of Sciences, Engineering and Medicine to review its conclusion and decide whether it is supported by the scientific evidence. In a new report, the Committee finds that NTP’s monograph failed to provide adequate support for its conclusion.