The Unsolved Mystery of Deaths in Healthy Migrant Children 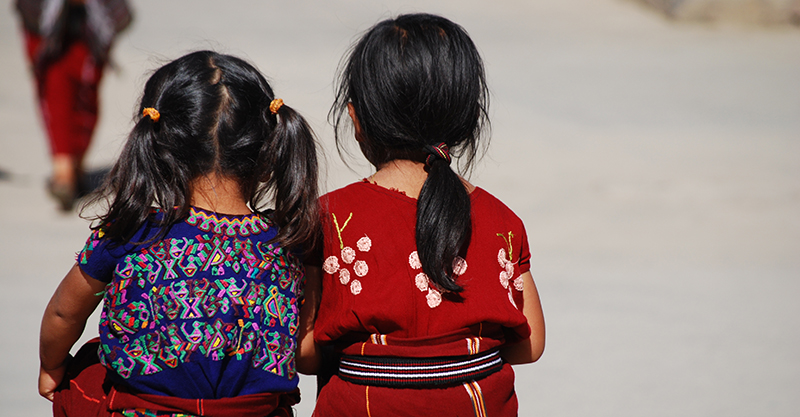 The Children’s Health Defense team is concerned with all unexplained deaths of children. Lately, some media and government officials are calling attention to the sudden deaths of over half a dozen mostly Guatemalan children taken into U.S. custody at the border over the past year.

Despite media reports about the deaths, however, little critical analysis is taking place. In about half of the cases, news accounts indicate that the children (ranging from infants to 16-year-olds) were in good health upon arrival in the U.S. For other fatalities, information about the children’s baseline health status has gone unreported. In either scenario, no reporter has ventured to guess what might cause a healthy young person in custody to develop fatal symptoms literally from one day to the next.

U.S. government regulations call for an immediate medical exam for young refugees and immigrants and … “catch-up” vaccines during the exam to anyone who cannot prove that they previously received them.

This past year, an unprecedented surge in border crossings by unaccompanied minors put the Department of Health and Human Services (HHS) Office of Refugee Resettlement (ORR) “on track to detaining the most youth in history.” In 2018 alone, the number of migrant children in federal custody rose by 97%. Over 63,000 unaccompanied children crossed the U.S.-Mexico border from October 2018 through June 2019, with numbers apparently declining after that point due to policy changes and summer heat.

By law, ORR is supposed to take responsibility for unaccompanied children no more than 72 hours after their apprehension by Customs and Border Protection (CBP), although migrant advocates report that some children remain in Border Patrol facilities for longer. Once in ORR custody, youth reside in facilities run mostly by non-profit contractors. However, a for-profit conglomerate operates the nation’s largest shelter for unaccompanied migrant children—a rapidly expanding Florida facility that houses one in six of America’s migrant minors—and it also runs several facilities in Texas.

U.S. government regulations call for an immediate medical exam for young refugees and immigrants and require administering “catch-up” vaccines during the exam to anyone who cannot prove that they previously received them. In fact, catch-up vaccination is at the top of the ORR to-do list. According to the Centers for Disease Control and Prevention’s (CDC’s) catch-up schedule, the regimen for those aged four months through six years includes 11 different vaccines for 15 illnesses: hepatitis B, rotavirus, diphtheria-tetanus-acellular pertussis (DTaP), Haemophilus influenzae type b (Hib), pneumococcal conjugate, inactivated poliovirus (IPV), measles-mumps-rubella (MMR), varicella, hepatitis A, meningococcal and influenza. The catch-up schedule for children and adolescents ages 7-18 is similar; it adds the human papillomavirus (HPV) and Tdap (tetanus-diphtheria-acellular pertussis) or Td (tetanus-pertussis) vaccines while omitting the rotavirus, pneumococcal conjugate and Hib vaccines.

Studies show that many young immigrants are already immune or have previously received applicable vaccines in their home countries. A news account from Texas describes young Central Americans as “better-vaccinated than Texan kids.” ORR itself agrees, stating that the countries “where most of the unaccompanied children are from” all have childhood vaccination programs and that there are only a few vaccines (such as chickenpox or influenza) that such children may not have received. Nevertheless, ORR—“as a precaution”—vaccinates anyone lacking credible documentation of “previous valid doses of vaccine,” in essence treating at least some new arrivals as blank slates.

Five years ago, pediatricians working on the U.S.-Mexico border reported that many of the children crossing the border were of middle class origin and were “carrying their vaccination cards with them.” In the more chaotic recent context, however, it is hard to know how many apprehended children have been able to provide vaccine documentation that is up to HHS’s uncompromising requirements. Studies among other immigrant populations indicate that documentation of vaccination is often lacking. A study of new Mexican immigrants found that more than half “did not know when they had last received a tetanus shot.”

The boy stated, ‘I was vaccinated…eight times. I told them I was already vaccinated but they gave me eight different shots and I felt dizzy for the rest of the day. They told me it was normal.’

How many vaccines do most young arrivals receive? Vaccine records shared with Children’s Health Defense by a teenage migrant indicate what catch-up vaccination may look like on the ground. The records show that the teen received eight vaccines for 12 diseases in one day. The teenage vaccine recipient stated, “The older children get eight vaccines one week, and six more vaccines 15 days later.” The teen also stated that the facility gives younger children six vaccines in one day. A July report in the Miami Herald, which investigated the story of an undocumented teenage boy who inadvertently ended up in a detention center, shared similar observations. Despite the boy having parents in the U.S. and having lived in the U.S. since infancy, the facility administered eight catch-up vaccines without parental consent. The boy stated, “I was vaccinated…eight times. I told them I was already vaccinated but they gave me eight different shots and I felt dizzy for the rest of the day. They told me it was normal.”

Did this year’s deceased migrant children receive more vaccines than they could handle? In infants, researchers have identified “a positive correlation between the number of vaccine doses administered and the percentage of [post-vaccination] deaths” and hospitalizations.

Four years ago, Crystal Williams, former executive director of the American Immigration Lawyers Association (AILA) described problems with over-administration of certain vaccines to detained children (timestamp 0:45–1:43). Over 250 children in one facility received a double dose of the hepatitis A vaccine, causing serious problems in some:

They were given a double dose…of the hepatitis A [hepA] vaccine. Many of them very likely already had a hepA vaccine just a couple of days before. The whole thing was inexplicable…. [S]everal of the children did develop problems from the vaccinations, whether it was from the hepA or not, we don’t know, because there were four to six vaccinations given to each child, but there were a couple of children whose legs swelled so much that they were unable to walk. There was a child with severe vomiting and diarrhea.

Did the migrant children who died this past year receive influenza vaccines? If so, it would make sense to pay attention to mounting reports of sepsis and respiratory-distress-related deaths—in both children and adults—that have occurred following flu shots. In at least three of the migrant children deaths, the autopsies listed flu as a partial cause of death, even though “child flu deaths are rare.” In the U.S., influenza vaccines lead the pack in reports of serious vaccine injuries. From 2014 to 2015, flu shot settlements from the notoriously stingy National Vaccine Injury Compensation Program increased from $4.9 million to $61 million—an 1100% increase.

Unfortunately, these types of questions do not appear to hold much interest for government vaccine scientists, whether for immigrant youth or American children in general. For example, why isn’t the CDC investigating the fact that heavily vaccinated U.S. children have some of the worst child health outcomes in the developed world?

When it comes to the young migrants, HHS’s rationale for catch-up vaccination tends to be framed in terms of concerns about immigrants being a reservoir of infectious disease, but some dispute such fears. If one were to consider young immigrants’ welfare instead of branding them as potential typhoid Joses or Marias, it would be reasonable to investigate whether simultaneous administration of eight shots for 12 diseases at a time—to children who may already have received the same vaccines in their countries of origin or even at other U.S. facilities—could produce the sorts of serious symptoms that the deceased Central American children experienced.