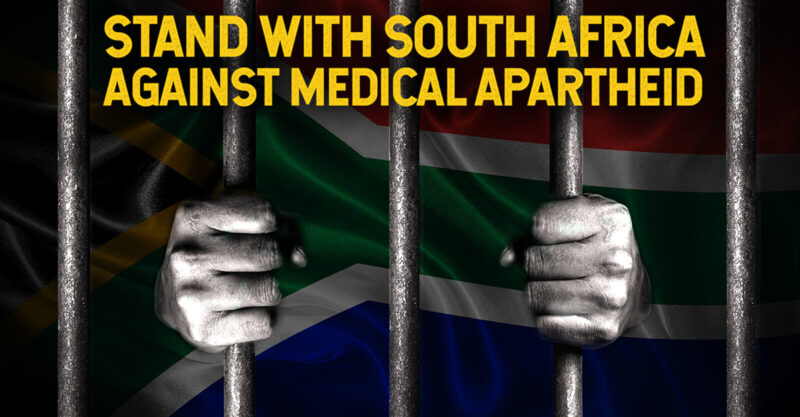 Proposed amendments to National Health Act Regulations will give tyrannical powers over individual sovereignty to the minister of health and the government.

South African Minister of Health, Dr. Joe Phaahla, proposed controversial amendments to National Health Act Regulations that will become a long-term permanent replacement to South Africa’s equally controversial state of disaster COVID-19 regulations. These proposed amendments would give the minister and the government tyrannical powers over individual autonomy and sovereignty.

The amendments would allow the government to force people suspected of having any notifiable medical condition into quarantine, with forced testing and treatments — including vaccines. These new measures are in lockstep with the WHO and its unlawful claim over our sovereignty through the proposed new pandemic treaty. Here is a summary of other measures contrary to science or law that South Africans who are aware of the proposed amendments believe are a violation of human rights.

Once the amendments are approved, the National Department of Health says they will be implemented without being tabled in parliament. In other words, there is no democratic participation process.

A similar action is the WHO Director-General Tedros’ unilateral decision to declare monkeypox a Public Health Emergency of International Concern (PHEIC), despite the WHO’s International Health Regulations (IHR) expert committee’s inability to reach consensus regarding whether the multi-country outbreak of monkeypox should or should not be determined as a PHEIC.

Take action and share this information with others! What happens in South Africa can set precedent worldwide to circumvent the democratic process and give governments tyrannical powers over public health policies.