Chairman of the Board

Kennedy’s reputation as a resolute defender of the environment and children’s health stems from a litany of hundreds of successful legal actions. Most recently, Kennedy received recognition for his role on the trial team in the landmark victories against Monsanto in 2018, and against DuPont in 2019 in the contamination case that inspired the movie “Dark Waters” (2019).

Among Kennedy’s published books is the New York Times bestseller “Crimes Against Nature” (2005). His book, “The Real Anthony Fauci: Bill Gates, Big Pharma, and the Global War on Democracy and Public Health” (2021) sold more than 1 million copies and was on the New York Times Best Sellers List for 17 weeks.

Kennedy is a graduate of Harvard University. He studied at the London School of Economics and received his law degree from the University of Virginia Law School. Following graduation, he attended Pace University School of Law, which awarded him a master’s degree in environmental law. He served on the Pace Law School faculty from 1986 to 2018 and cofounded and supervised Pace’s Environmental Litigation Clinic.

As president and general counsel of Children’s Health Defense, Mary Holland has been involved in the vaccine choice and health freedom movement for more than two decades. “Once I learned about the extreme liability protection that industry and healthcare providers enjoy and the suppression of accurate science and information about vaccine risk and injury, I understood the need for immediate, radical systemic change. I’ve been devoted to that change ever since.”

Like CHD, Holland seeks to end the epidemic of chronic childhood diseases, hold those responsible accountable and create safeguards so that these epidemics never happen again. Through its education, advocacy, litigation and research, CHD challenges federal and state governments, pharmaceutical companies, corporations and corrupt regulatory agencies to end the practices that are harming children’s health. In the age of COVID-19, CHD’s mission to protect health, and especially infant’s and children’s health, has never been more important.

Before joining CHD’s staff in fall 2019, Holland directed the Graduate Lawyering Program at the NYU School of Law for 15 years and lectured at the Columbia Law School on international human rights advocacy. She frequently testified in state legislatures around the country to retain or expand religious, medical and philosophical exemptions to vaccine mandates. Holland has co-authored two books on vaccines, “Vaccine Epidemic” and “The HPV Vaccine on Trial: Seeking Justice for a Generation Betrayed” and many articles about vaccine law and policy. 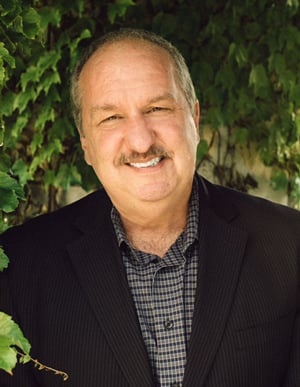 Brian S. Hooker, Ph.D., PE, is an associate professor of biology at Simpson University in Redding California where he specializes in microbiology and biotechnology. He also teaches chemistry at Shasta College.

Brian Hooker has many accomplishments to his credit including: co-inventor for five patents, recipient of the Battelle Entrepreneurial Award in 2001 and a Federal Laboratory Consortium Recognition Award in 1999, for his work on “Reactive Transport in 3-Dimensions.” The breadth of Hooker’s over 60 science and engineering papers have been published in internationally recognized, peer-reviewed journals.

Hooker has been active in the autism community since 2001 and has a 19-year-old son with autism. He currently serves on the board of trustees for Focus for Health. In 2013 and 2014, Dr. Hooker worked with the CDC Whistleblower, Dr. William Thompson, to expose fraud and corruption within vaccine safety research in the CDC which led to the release of over 10,000 pages of documents. 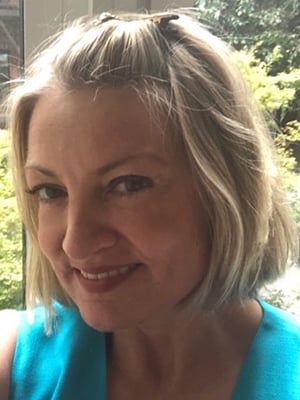 Katie Wright graduated from Boston University with a bachelor’s degree in history. She received an EdM and an MA in psychology from Teachers College, Columbia University. While a student at Columbia and after graduation, Katie worked as a therapist for the Archdiocese of New York’s free counseling service. From 1999 to 2004 Katie served as the clinical director of Stamford CT’s Sexual Assault Crisis Center.

In 2004 Katie’s typically 20-month-old son, Christian, regressed into severe autism. Soon afterward, Katie had to quit her job in order to care for Christian full-time. Katie’s parents founded Autism Speaks in 2004. When it became clear Autism Speaks was not going to fund environmental research or biomedical treatment Katie joined SafeMinds, the National Autism Association and Generation Rescue. Katie is currently an active board member of SafeMinds and Children’s Health Defense. She is married with two sons and lives in NYC. 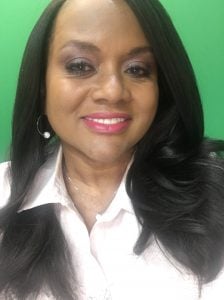 Sheila Lewis Ealey is the founder and former director of the Creative Learning Center of Louisiana, where she served for ten years. It was a small therapeutic day school for severely affected children on the autism spectrum and children diagnosed with other nonverbal intellectual disabilities beginning at age 8. She is the wife of a former U.S. Coast Guard Officer, who spent more than 16 years of his 26 years of service traveling worldwide, supporting his love and duty to our country. She is also the mother of four children — three daughters, and her son, Temple — diagnosed with severe autism spectrum disorder at 18 months, and has a granddaughter. Temple is now a young man and considered moderate and emerging.

Over the past 20 years, Ealey has educated herself to use natural forms of healing the body and brain through diet, educational and therapeutic modalities and a gamut of biomedical treatments. Her formal education includes a bachelor’s degree in mass communication from St. Mary’s Dominican College, an MA in curriculum and instruction in special education grades K through 12 from Concordia University and a doctorate in educational leadership in special education grades K through 12 from Gwynedd Mercy University. She is certified as a DIR Stanley Greenspan Floortime practitioner, in Interactive Metronome and as a Fast Forward reading interventionist.

Sheila and her boy and girl twins, Temple and Lucinda, were featured in the documentary “Vaxxed.” She has traveled extensively, advocating for medical freedom as a Constitutionalist and inspirational speaker. She continues to educate disenfranchised parents about their fundamental rights to religious and philosophical exemptions, their ability to live sustainably off a limited budget and the importance of nutritional foods and biomedical interventions for optimum health after a diagnosis of autism or other learning disabilities such as ADD or ADHD. She also writes individual curriculums for parents of children with autism or intellectual disorders who choose to homeschool and is a trustee for the Autism Trust, USA.