A Bad Reaction: A Memoir 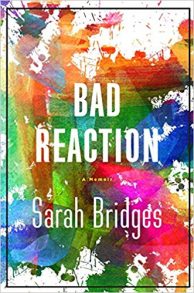 Sarah Bridge’s story of her son’s severe vaccine reaction, how it upended her family and her eight year struggle to get federal compensation for him. A voice of reason on a polarizing issue.

At four months old, Porter Bridges went in for his well-baby checkup and received an array of vaccines. That night he spiked a 105-degree fever and had a two-hour grand mal seizure. He was rushed to the hospital where doctors struggled to stabilize him while his family paced the halls waiting to hear if he was conscious. Though no one could know it at the time, Porter’s hospitalization marked the start of a terrifying and tragic decline in his health and the health of his family. And while the effects of Porter’s reaction would take years to fully develop, the cause was never in doubt–Porter’s hospital record reads, “Brain injury from pertussis vaccine.”

A Bad Reaction is a personal journey–sometimes painful, sometimes funny. It confronts the dissonance between what the government tells us about the vaccine-autism link and its quiet payments compensating the vaccine-injured. It tackles broader issues such as individual versus government responsibility, the conflicts of interest in vaccination-safety research, and the balance of individual and collective good. Vaccines hold the special distinction of being the only mandated drugs all children receive and have saved innumerable lives. They also have safety risks. This book is about one of those “negative outcomes.” His name is Porter.