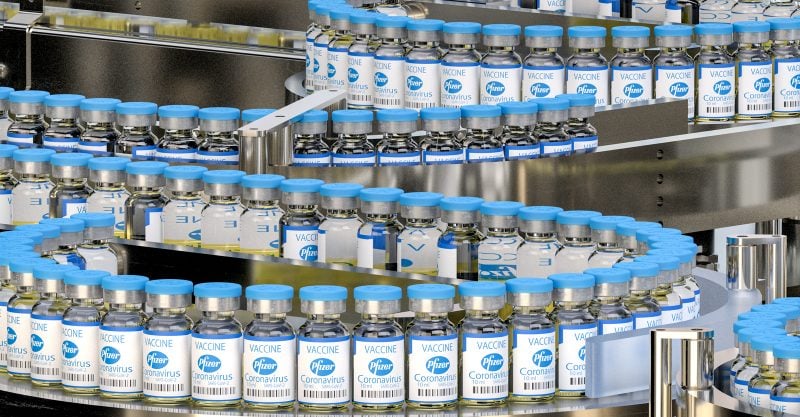 WASHINGTON, DC — The Food and Drug Administration’s Vaccines and Related Biological Products Advisory Committee (VRBPAC) recently voted to approve Emergency Use Authorization of BioNTech and Pfizer’s Covid-19 vaccine despite recent reports of anaphylactic reactions among recipients. The vaccine contains polyethylene glycol (PEG) which has been identified as the likely culprit.

On September 25, Robert F. Kennedy, Jr. and Children’s Health Defense (CHD) notified FDA Director Stephen Hahn, FDA-CBER Director Peter Marks and NIAID Director Anthony Fauci in a letter of the potentially life-threatening anaphylactic potential of PEG. CHD received a response from the FDA on December 2 recommending that the organization contact the manufacturer, thus abdicating their role as regulator and protector of the people. Dr. Fauci has not replied.

Moderna, Pfizer/BioNTech and Arcturus Therapeutics COVID vaccines all employ an experimental messenger RNA (mRNA) using lipid nanoparticles (LNPs) that are “PEGylated,” meaning that the vaccine nanoparticles are coated with a synthetic and increasingly controversial PEG. Vaccine researchers are developing a production process that also involves the utilization of PEG.

A 2016 study reported an astonishing 72% of specimens possessed anti-PEG antibodies with 8% of those being extremely elevated in excess of 500 ng/mL. The authors concluded that widespread prevalence of pre-existing anti-PEG Ab underscores the importance of screening patients for anti-PEG Ab levels prior to administration of PEG-containing products.

Pfizer excluded people with a history of severe allergic reactions from its clinical trials making the incidences of allergy or anaphylactic reactions once the vaccine begins global distribution unknown. According to a study published in 2018, there are over 1,000 products that contain PEG and immediate hypersensitivity reactions are much more common than recognized.

“As approval of PEGylated mRNA vaccines for Covid-19 occurs, the uptick in exposure to injected PEG products will be unprecedented and potentially disastrous,” said Lyn Redwood, President of Children’s Health Defense. “Allowing people with other medication allergies to receive vaccines that utilize PEG in the manufacturing process is a very risky proposition.”

On February 4, the Department of Health and Human Services invoked the PREP Act which provides liability protections for vaccine manufacturers making it even more critical that the highest level of safety be assured to the public. CHD calls on FDA to require pre-screening of all vaccine recipients for PEG allergies and to carefully monitor and publicly disclose allergic reactions associated with all vaccines.