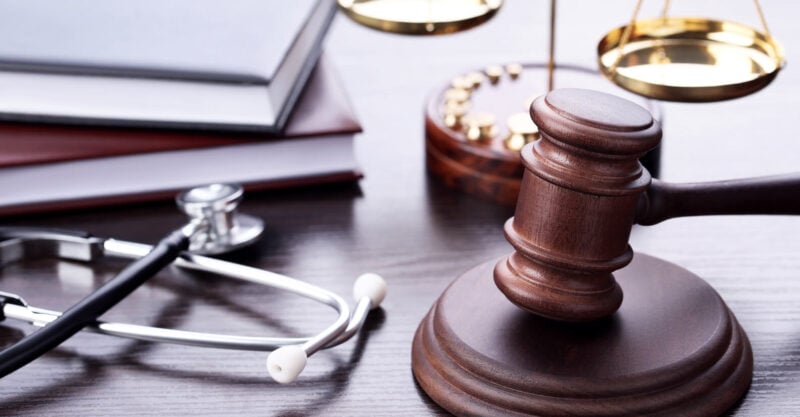 The suit alleges that the new law violates physicians’ First Amendment and free speech rights by prohibiting them from sharing information with their patients if it is inconsistent with what the law refers to as “contemporary scientific consensus” and the “standard of care.”

“The notion that the State of California can limit the information patients can receive from their doctors about deeply personal and important matters is constitutionally intolerable,” said plaintiffs’ attorney Rick Jaffe. “If the pandemic has taught us anything, it has taught us that there is no international scientific consensus on most of the important scientific questions about the pandemic. Different countries have taken different approaches to lockdowns and mandates, and the U.S. has done surprisingly poorly among industrialized countries.”

Two prior lawsuits have been filed against AB 2098. The first case, McDonald v. Lawson, was dismissed with leave to amend. The second suit, Hoeg et al. v. Lawson et al., is still pending. Unlike the previous two cases, CHD’s lawsuit directly and thoroughly challenges the science — or lack thereof — behind the mainstream COVID-19 narrative.

The preliminary injunction will demonstrate that public health officials’ edicts regarding every major public health issue related to the pandemic were not based on convincing science but rather on hope, wishful thinking, inadequate investigation and, in some cases, willful suppression of information contradicting the narrative. The action examines and highlights the early promotion of vaccines that were touted to prevent infection and transmission.

The complaint also calls attention to misleading data regarding prevention of hospitalizations and death — posing troubling questions, including the unexplained rise in all-cause mortality among younger population subsets.

Robert F. Kennedy, Jr., CHD chairman and chief litigation counsel, and Mary Holland, CHD president and general counsel, who are working with Jaffe and his team on this case, vehemently oppose the Boards’ power to investigate and punish doctors for giving patients science-based information and advice.

“The doctor-patient relationship demands truthful information on risks as well as the benefits of the COVID medical interventions and the available alternatives,” said Holland. “Free discussions between doctors and patients must remain sacred, not censored by state officials.”

Children’s Health Defense is a 501(c)(3) non-profit organization. Our mission is to end childhood health epidemics by working aggressively to eliminate harmful exposures, hold those responsible accountable and establish safeguards to prevent future harm. For more information or to donate to CHD, visit ChildrensHealthDefense.org