What California Data Tell Us About Autism Prevalence—and Prevention 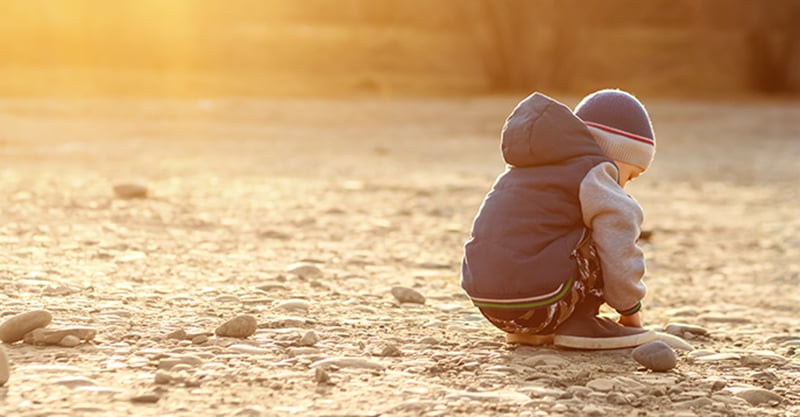 The United States uses a variety of imperfect data sources to monitor autism spectrum disorder (ASD) at the national level—each providing a partial snapshot of trends for various age groups and time periods. However, many autism researchers consider the high-quality, state-level data collected by the California Department of Developmental Services (DDS) to be the “most reliable long-term record of autism prevalence trends in the United States” for cases on the more severe end of the spectrum.

The ability to break down California’s data by county makes it possible to conduct more granular analyses of ASD prevalence than statewide or national data permit. A study published in the Journal of Autism and Developmental Disorders does just that, “unmask[ing] patterns that are hidden in aggregated . . . data” to show that autism rates are evolving in strikingly different ways for different groups. Specifically, the county-level analysis shows that racial/ethnic minorities and lower-income families are increasingly bearing the brunt of severe autism, while conversely, ASD prevalence is flattening and even declining among whites in California’s wealthier counties.

Of prevalence and plateaus

The lead author of the new paper—University of Colorado researcher Cynthia Nevison—and her coauthors have used California’s DDS data several times to great effect, sometimes in tandem with other datasets. This previous work has challenged the unconvincing narrative that rising autism rates are simply due to better diagnosis and has also uncovered concerning racial/ethnic disparities. These studies describe: a 1000-fold increase in autism prevalence since the 1930s and a 25-fold increase since the 1970s; a correlation between the sharp rise in autism (especially since the late 1980s) and certain environmental exposures, notably children’s cumulative exposure to aluminum adjuvants in vaccines; widening disparities, with black prevalence overtaking white prevalence in the majority of states by around birth year 2009; and, after 15 years of steady and sharp increases, an apparent plateauing of ASD rates in white children born in the mid-2000s, followed by mixed patterns among whites thereafter.

The new study picks up where the last one left off, using county-level data to compare trends across two time periods—1993-2000 and 2000-2013—with the latter representing a time of “greater awareness, information, and growing concern about rising rates of ASD, particularly in California.”

The analysis found that, by birth year 2013, black children in California had the highest ASD prevalence of any group, followed by Asian children. However, there was a clear “change point” for white (and, to a lesser extent, Asian) children beginning around birth year 2000, shaped by the child’s county of residence (a proxy for income). Thus:

Stated another way, by birth year 2013, white children in the lowest-income counties had at least double—and as much as 10 times—the ASD prevalence of white children in the highest-income counties. As the authors observe, “These results reflect a dramatic departure from the traditional perception that ASD is a diagnosis found predominantly among whites of high socioeconomic status.”

… this logically raises questions about whether wealthier women may be less likely to accept vaccines administered during pregnancy or are more likely to make alternative vaccine choices after their babies are born.

The declining (for wealthier whites) or flattening (for wealthier Asians) ASD rates since birth year 2000 provide strong confirmation that environmental factors and “deliberate” parental choices—guided by adequate information and “wider access to better life options”—are likely to be important determinants of whether children go on to develop autism. Nevison and her coauthor, Dr. William Parker of Duke University, also note the likelihood that “more than one behavior, choice or other factor is at play.”

One set of options that may be “more widely embraced by or accessible to the wealthy than the poor” includes prenatal and postnatal practices that prevent ASD from developing or prevent birth complications that increase ASD risk. Although not mentioned in the study, this logically raises questions about whether wealthier women may be less likely to accept vaccines administered during pregnancy (perhaps recognizing that the FDA has never approved any vaccine “specifically for use during pregnancy to protect the infant”) or are more likely to make alternative vaccine choices after their babies are born.

Nevison and Parker put forth a few caveats concerning their eye-opening results. First, they point out that because DDS does not provide services for children with milder forms of ASD, their results only pertain to children with more severe autism. Second, they note the difficulty of differentiating between ASD cases prevented outright versus children who lose an ASD diagnosis “through proactive and effective early intervention.” They also mention that they cannot discount the possibility that “wealthy white and Asian parents are simply opting out of DDS in favor of privately funded services,” although DDS itself does not believe this to be the case.

With national autism prevalence conservatively estimated at somewhere between one in thirty-six to one in forty 3- to 17-year-olds, families, school districts and state governments are buckling under the financial pressure of ensuring that those with ASD—both children and, increasingly, young adults aging out of childhood services—obtain needed medical, educational, occupational and other support. An analysis of non-medical costs paid by the California DDS in 2012-2013 for persons with ASD found that the Department spent roughly $26,500 per person annually for those over age 18, particularly for adults with both ASD and intellectual disability, and particularly for community care facilities.

A California policy analyst has described rising special education costs “in all areas of the state and for reasons that appear to be largely outside the control of [school] districts and the decisions that they’re making.” At the national level, political economists now forecast “catastrophic” ASD-related costs for families and society, and all the more so if the CDC data expected at the end of March reveal—as they have done every two years for decades—another rise in ASD prevalence.

Thirty or more years into the autism epidemic, do public health agencies have any prevention advice for pregnant women or families? Apparently not. In 2014, government-funded experts issued feeble calls for more research on preventive measures, yet today the CDC still has nary a mention of prevention on its ASD webpage. In this dismal context, it is important to acknowledge the kernels of hope contained within Nevison’s analysis of California DDS data.

The results suggest that among the most privileged white (and, to some extent, Asian) parents—those armed with wealth, resources, education and access to information—some are succeeding in lowering their children’s risk for severe autism. As Nevison and Parker argue, “there is an urgent need to understand what [these] wealthy California parents are doing or have access to that may be lowering their children’s risk.” More soberly, there is also “an equally urgent need to understand the factors that may lead to increased risk of ASD among lower income populations”—and to ensure that low-income children benefit from the same protections as their wealthier counterparts.