The Flawed Logic of Hepatitis B Vaccine Mandates 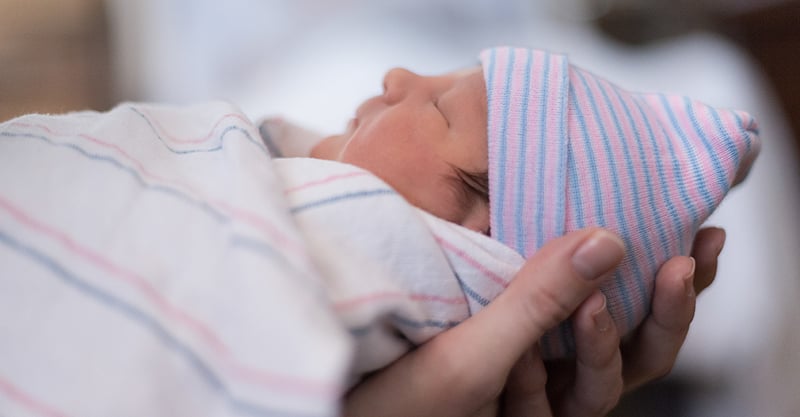 …unless their mothers harbor the virus (determined by routine prenatal blood testing), newborns are probably the least likely human beings on the planet at risk of actually getting hepatitis B.

The U.S. Centers for Disease Control and Prevention (CDC) and the American Academy of Pediatrics (AAP) strongly recommend that newborn babies get the hepatitis B vaccine on their first day of life. About 12 million doses are administered to American babies in any given year. However, unless their mothers harbor the virus (determined by routine prenatal blood testing), newborns are probably the least likely human beings on the planet at risk of actually getting hepatitis B. Infection risks are also extremely low for young school-age children, but—in all but two states (Alabama and South Dakota)—three to four doses of hepatitis B vaccine are not only recommended but mandated for preschool attendance, K-12 education or both.

New cases of hepatitis B were low in the 1970s; they began climbing in the early 1980s (coincident with the HIV/AIDS epidemic) but then started falling again. Although the CDC first began recommending hepatitis B vaccination on a limited basis in 1982 for the small population of at-risk adults (and infants of infected mothers), the agency attributes the decline in hepatitis B cases during the 1980s and early 1990s to “reduction of transmission among men who have sex with men and injection-drug users, as a result of HIV prevention efforts.”

At the time, hepatitis B was a relatively “obscure” infection of “little direct relevance to most Americans,” but in the early 1990s the “picture of hepatitis B being held up before Americans” changed, as the CDC began promoting a more comprehensive hepatitis B vaccine dragnet. With a stark shift in policy emphasis toward universal vaccination for all newborns (1991), adolescents (1995) and children through age 18 (1999), “a vaccine with a limited initial target population [came] to be accepted as compulsory for every child in the country.”

Whereas the young people being vaccinated face little to no chance of hepatitis B infection, the vaccines impose significant risks …

From the beginning, hepatitis B vaccines have had their critics, who question the public health logic of across-the-board hepatitis B vaccination for infants and children. Whereas the young people being vaccinated face little to no chance of hepatitis B infection, the vaccines impose significant risks, including the risk of neurodevelopmental disorders, autoimmune illness and even death. In the decade from 1991 to 2001 (when hepatitis B vaccines contained the mercury-based preservative thimerosal), vaccine exposure in early infancy resulted in an estimated 0.5-1 million U.S. children being diagnosed with learning disabilities, representing lifetime costs in excess of $1 trillion. Other hepatitis B vaccine ingredients (including aluminum adjuvants and yeast) as well as the vaccines’ use of recombinant DNA technology have been linked to a variety of adverse outcomes.

In 1986 (five years before the CDC began pushing for vaccination of all newborns), the nation documented fewer than 280 cases of hepatitis B infection in children under age 14; by 2006, the Vaccine Adverse Event Reporting System (VAERS) had received over 23,000 reports of adverse events related to hepatitis B vaccination in the 0-14 age group, including nearly 800 deaths.

In congressional testimony in 1999, the father of a five-week-old who died immediately following a hepatitis B shot described a 20:1 ratio of VAERS reports compared to cases of hepatitis B infection in the 0-1 age group (likely an underestimate due to VAERS underreporting). Given that the vaccine has been shown—by the CDC itself—to wear off well before the age of any likely exposure to hepatitis B virus, the father concluded that hepatitis B mandates for newborns represented a “teaming up” of “ravenous corporate greed and mindless bureaucracy” against “common sense.”

The out-of-date legal context for mandates

The legal framework that seemingly permits compulsory childhood vaccination, including hepatitis B vaccine mandates for preschoolers, is astonishingly out-of-date. The U.S. Supreme Court has not addressed compulsory vaccination “in any depth” for over a century and has not revisited the issue at all since 1922, despite the fact that “the contours of the vaccine issue have changed fundamentally since the early 1900s.”

These are some of the points made by New York University legal scholar Mary Holland in a far-reaching discussion of hepatitis B vaccine mandates in the Yale Journal of Health Policy, Law, and Ethics, published in 2013. As Holland explains, the 1905 Supreme Court decision that set the stage for vaccine mandates (Jacobson v. Massachusetts) did so in response to the “markedly different” one-disease-one-vaccine context of smallpox. Although the Court upheld smallpox mandates, in most cases, noncompliant individuals faced no worse than a “relatively small monetary fine.” Subsequent courts, however, “have used Jacobson to justify results that the original decision did not condone: vaccination mandates exclusively for children with no imminent disease outbreaks and with serious penalties for noncompliance”—not just forfeiture of the right to an education but also outcomes such as “social isolation, parents’ loss of custodial rights, child-neglect sanctions against parents, and, even, forced vaccination.”

… neither the federal government nor states have alleged that [hepatitis B] transmission among preschoolers is a serious threat to public health.

Holland finds the constitutionality of hepatitis B vaccine mandates for preschoolers questionable, particularly in light of other legal precedents. What might happen if today’s Supreme Court were to evaluate a legal challenge to a state’s hepatitis B mandate? Although the Court’s historical track record displays a legal tug-of-war between limits set on individual liberty and support for individuals’ “fundamental claims to bodily integrity and autonomy,” Holland suggests that the Court’s fairly reasoned answer to each of the following six questions ought to be a clear “no”:

Holland observes that “neither the federal government nor states have alleged that [hepatitis B] transmission among preschoolers is a serious threat to public health.”

At least two factors undermine the presumption of reasonableness, including shockingly inadequate safety testing in the targeted age groups (infants and young children) and poor long-term efficacy. The prelicensure clinical trials for GlaxoSmithKline’s Engerix-B vaccine monitored about 5,000 subjects (“adults and children”) for just four days following administration of the vaccine, without disclosing the proportion of subjects who were children or their ages. The pediatric prelicensure trials for Merck’s Recombivax HB vaccine involved a grand total of 147 infants and children “monitored for five days after each dose.”

Holland states that “this would be very difficult to prove since incidence of the disease in the preschool population is exceedingly low, yet the risks of adverse events from the vaccine, including anaphylaxis, encephalopathy, and death, are well-documented.”

Medical exemptions were one of the “core requirements” established by the 1905 Jacobson decision. A federal policy that arm-twists parents into vaccinating their newborns—whose medical history is largely a blank slate—“makes harm avoidance almost impossible.”

A mandate imposed on young children “not primarily for their benefit” can be construed as “arbitrary” and discriminatory in application.

Holland notes that the Court has “repeatedly acknowledged that the right to bodily integrity and to refuse unwanted medical treatment is deeply rooted in the historical traditions of the United States.”

Holland’s conclusion is straightforward: The hepatitis B vaccination mandate “has failed to honor young children’s liberty, equal protection, and health.” In support of this conclusion, she cites comments by three past Supreme Court Justices over the century since Jacobson:

Holland also reminds us that the millions of doses of hepatitis B vaccine administered to babies every year represent “a substantial annual income stream” for vaccine manufacturers—in this instance, Merck and GlaxoSmithKline. Vaccine companies’ freedom from liability for injuries and deaths related to childhood vaccines also creates “manifold” financial motivations to continue to expand vaccine recommendations and mandates, even when the latter do not lead to “optimal or even rational public health outcomes.”

Encountering pushback from concerned parents, legislators and the medical/pharmaceutical establishment are resorting to threatening tactics that include forced vaccination, apparently heedless of the fact that all vaccines and medicines, including hepatitis B vaccines, come with sizeable risks.

Across the country, state legislatures are introducing vaccine mandate bills requiring all vaccines for all children, even threatening to go after the medical exemptions that the Jacobson decision insisted were vitally important. Encountering pushback from concerned parents, legislators and the medical/pharmaceutical establishment are resorting to threatening tactics that include forced vaccination, apparently heedless of the fact that all vaccines and medicines, including hepatitis B vaccines, come with sizeable risks. For the sake of children’s present and future health, we must keep up public pressure to resolve financial conflicts of interest, insist on the highest standards of vaccine safety and persist in questioning both the overt and underlying premises of unjustifiable vaccine mandates.