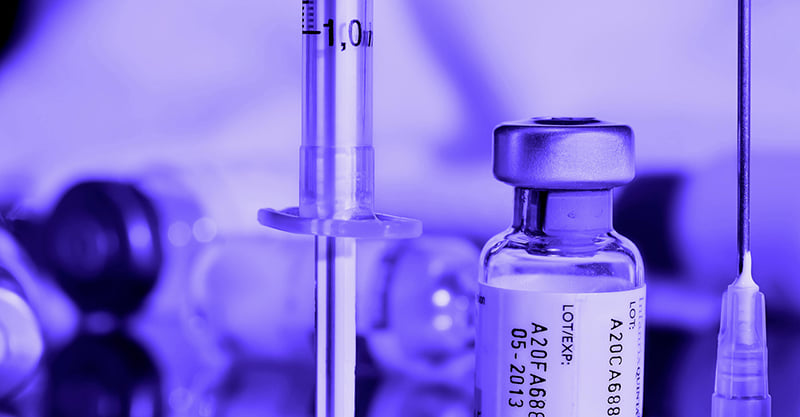 Between November 2013 and September 2014, I was in direct contact with the CDC Whistleblower, Dr. William Thompson. I recently wrote about my interactions with Dr. Thompson in an editorial piece that appeared in the winter 2017 edition of the Journal of American Physicians and Surgeons (22:119). One of the key issues that I discussed with Dr. Thompson was the relationship between thimerosal and tics, based on CDC’s own publications.

This is not the only time that CDC has addressed the issue of thimerosal and tics. Earlier, a relationship between thimerosal exposure in tics and all children was seen in the Verstraeten et al. 2003 (Pediatrics 112:1039) study. This relationship was dismissed by the study authors as it was not seen consistently in all three Health Maintenance Organizations (HMOs) studied. A review of study data obtained through FOIA showed a bias against reporting positive results, yet the tic association remained. Also, in a study of children in the United Kingdom, Andrews et al. 2004 (Pediatrics 114:584), tics were seen more often in children exposed to higher levels of thimerosal. In each exposure category studied, this relationship was statistically significant. It should be noted that CDC was directly involved in making the decision to fund the UK study and was apprised of the analyses prior to publication.

The relationship between thimerosal exposure and tics has also been established in literature outside of CDC’s involvement. In 2015, a study by Geier et al. (2015 Indiscipl Toxicol 8:68) showed a higher incidence of tics in both boys and girls exposed to thimerosal (via the Hepatitis B vaccine), when exposure was evaluated at one month, two months and six months of life, as compared to children with no thimerosal exposure.

Researchers observed that, for a 100 μg Hg difference in exposure between birth and seven months of age, the risk for a diagnosed tic disorder was significantly increased (3.39-fold).

Given this consistent body of evidence, one would think that the CDC would call for a ban on the use of thimerosal in vaccines. However, this has never happened. In fact, the CDC will not even state a preference for administration of thimerosal-free vaccines. CDC’s own webpage on thimerosal falsely states, “There is no evidence of harm caused by the low doses of thimerosal in vaccines, except for minor reactions like redness and swelling at the injection site.” This is in direct defiance of a recommendation, made by the Institute of Medicine in 2001 when they reviewed the use of thimerosal in infant vaccines, that: “full consideration be given by appropriate professional societies and government agencies to removing thimerosal from vaccines administered to infants, children or pregnant women in the United States.”

In addition, it is estimated that up to 36 million thimerosal-containing flu shots will be distributed In the U.S. for the 2017-18 “flu season.” These vaccines will be given to infants as young as 6 months of age and pregnant women, in any trimester of pregnancy. When patients question the continued use of mercury in flu vaccines, they are often told it is just a “trace amount” and not harmful. A trace amount of thimerosal is defined by the FDA as being 1 microgram (mcg) of mercury or less. Flu vaccines for pregnant women may contain 25 micrograms of mercury and pediatric flu shots for infants younger than one year contain 12.5 micrograms mercury.

A trace amount of thimerosal is defined by the FDA as being 1 microgram (mcg) of mercury or less. Flu vaccines for pregnant women may contain 25 micrograms of mercury and pediatric flu shots for infants younger than one year contain 12.5 micrograms mercury.

The CDC could have also commissioned the Institute of Medicine (IOM) to further investigate the literature regarding the neurological effects of thimerosal in vaccines, especially after the 2007 Thompson et al. study showed a definitive relationship between thimerosal and tics. After all, the IOM’s final word regarding thimerosal was the 2001 Immunization Safety Review Committee report which stated that the relationship between thimerosal and neurodevelopmental disorders was “biologically plausible.” This would at a minimum require some type of “revisiting” given the new and compelling data elucidated by Thompson et al. (2007) as well as Verstraeten et al. (2003) and Andrews et al. (2004).

However, when the CDC again commissioned the IOM to investigate vaccine adverse events in 2009, leading to a report released in 2011, the IOM committee was never tasked with investigating any adverse events associated with thimerosal.

Very recently, there was a glimmer of hope that at least one Federal Agency was going to take the relationship between thimerosal exposure and tics seriously. In December 2017, the Advisory Committee on Childhood Vaccines (ACCV), the body that determines which vaccine injuries warrant compensation from the National Vaccine Injury Compensation Program (NVICP), considered adding tics as an injury to the “vaccine injury table” for which compensation should be received. This was on the basis of a separate citizen’s petition to allow tics to be added to the “table” and thus qualify for compensation. However, it appears that Dr. Mary Nythel Rubin, the DHHS official assigned to evaluate the relationship between thimerosal and tics was “asleep at the switch” as the material she presented to the ACCV was one-sided, inadequate and inaccurate. Much of the literature supporting the relationship between thimerosal and tics was omitted from her presentation or was misrepresented as having nothing to do with tics (e.g., the Verstraeten et al. 2003 and Andrews et al. 2004 papers). Based on this biased presentation, the ACCV voted to dismiss the petition and tics were not added to the vaccine injury table. Children’s Health Defense is committed to working until the association between tics and thimerosal is acknowledged and injured children and adults are appropriately compensated and treated.

This was most likely “a plan” to avoid a flood of tic claims in the NVICP. Surely, the ACCV understood that tics are a common feature in autism (occurring 4 times more frequently in autistic children than in neurotypical ). Given the wrongful dismissal of over 5600 autism claims in the NVICP in the Omnibus Autism Proceedings, the ACCV could not vote to put tics on the injury table as it would eventually bankrupt the entire compensation program. Once again, programs win out over people and the edifice that is the vaccine-industrial complex wins out at the expense of children.

However, it is incumbent that pressure is kept on these Federal agencies to actually read science and see the truth regarding vaccine injuries such as tics.